Today has been absolutely glorious - a cloudy but calm morning gave way to a stunningly warm afternoon with unbroken blue skies stretching far out in to the Atlantic in all directions. I made a last-minute decision this morning to start at Poco de Agua, working my way up from the Lighthouse Road to the caldeira slopes. Within 45 minutes I had my first Red-eyed Vireo of the year in the north arm of this brilliant valley - appearing from nowhere, it showed pretty well in the low light of early morning for a few minutes before zipping off out of view. It didn't come back in the next half an hour.

The rest of the valley lacked any quality despite plenty of bird activity, and so I headed down the caldeira road towards Lapa. By the time I'd started covering the middle section of the valley, the sun began to break through and I could feel my already singed neck beginning to turn redder.

A quick rendez-vous with Hannu suggested the lower part of the valley was quiet so I reorientated off up towards the reservoir, covering the upper section of Lapa as I went. It was about 100m below the top that I bumped in to my second Red-eyed Vireo of the day (hence the frankly excellent blog post title). This one was showing altogether better along the sheltered, sunny side of the valley so I sat and watched it for ten minutes or so. 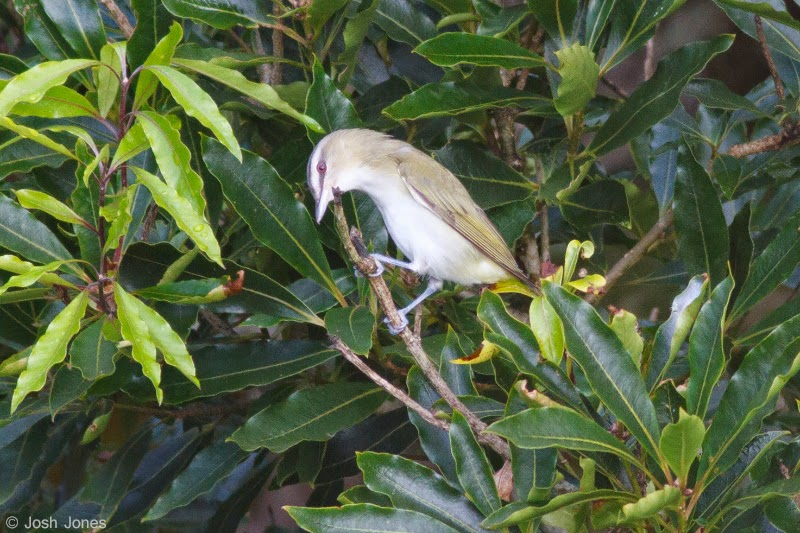 REVs are really great birds - amid the grey of countless Blackcaps on Corvo you'll occasionally glimpse the contrasting olive and white of this species. Closer scrutiny tends to reveal the blue grey cap and then, when it turns to look at you, the stunning facial pattern and strong bill. I've found them each year I've been here but when a vireo appears in front of you it remains a genuinely pulsating moment - because they never call it's always by sight, and that means they tend to take you by surprise more than the often-vocal warblers.

The rest of my day was spent around the reservoir, down the west side of the island, back up to the white obelisk above Tennessee Valley, down the slopes to the power station and then back to the village late afternoon. As I mooched down, Michael Fricke found a Bobolink in the Lower Fields and so I headed around there. Sharp-eyed Phil Abbott happily relocated the bird and, although mobile, we had some nice views among the House Sparrows. It even called a few times for us too. How kind! 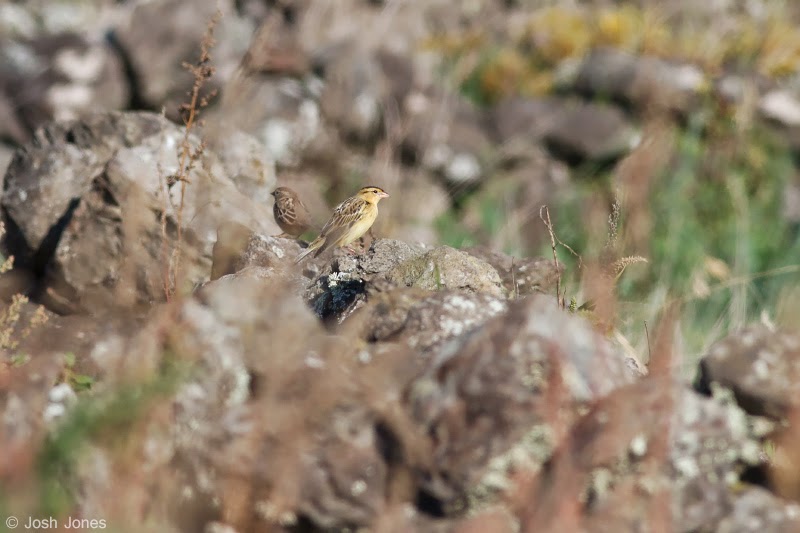 Both the grosbeak and tanager remain today though I steered clear of the inevitable crowds at both. It turns out Gary F photographed a second grosbeak in Lapa and we also have a new Indigo Bunting in the village. The only other bit of news on a personal level was a large pod of dolphins off the west side of the island late pm - no idea what species, far too distant for binoculars.
Posted by Josh Jones at 23:55