My weekend has actually been reasonably productive. Woke up quite early on Saturday and found out the Little Bittern at Stocker's Lake had been seen again. As the site is only 16 miles from my house, I had no reason not to head over. In short, views were alright (but mainly obscured), though certainly not digiscopable during my visit. Wanting to catch the second half of the Wales rugby match, I headed home for around midday - only to hear the boys lose in injury time. Gutted! Three good performances this weekend from the home nations though; the gap is certainly closing between us and the Southern Hemisphere powerhouses.

For the afternoon, I headed over to east London meet up with Rich. Scored his two Egyptian Geese on Greenland Dock en route to his flat, then we were off to Cross Ness. This hybrid Ruddy x Common Shelduck was one of the first birds seen; it's been around a week or so now but this was the first time it has been seen on the south side of the Thames: 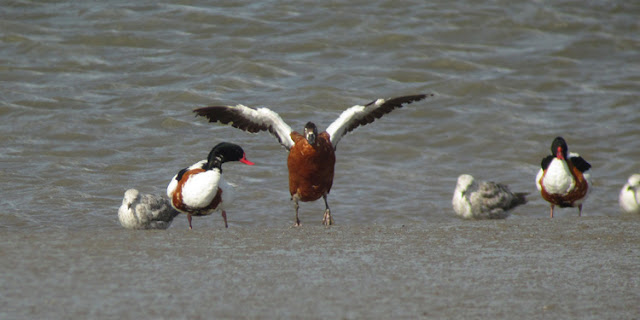 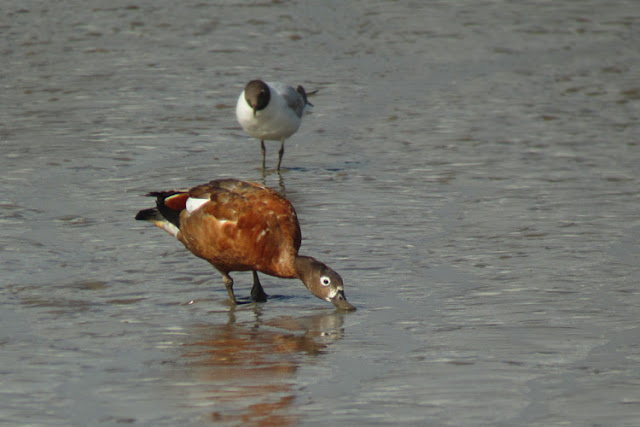 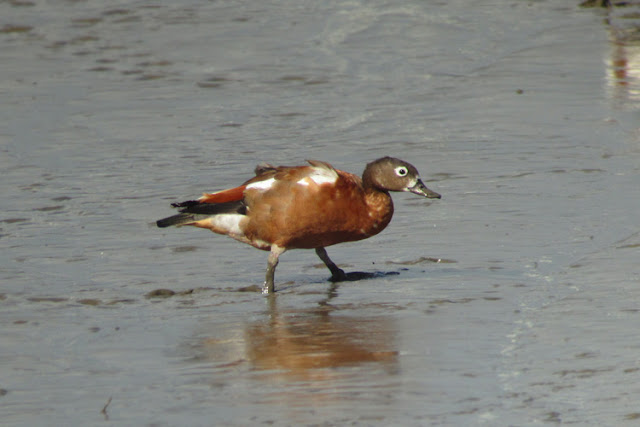 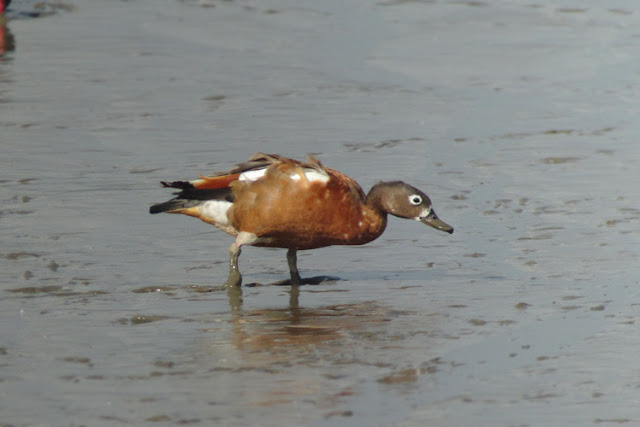 Otherwise the visit was dominated (as is often the case) by gull action. I picked up a first-summer Little Gull daintily picking at the water surface off the incinerator outfall, where there were also three first-summer Mediterranean Gulls floating around, each in different stages of moult.


Heading back towards the car, we picked up four Yellow-legged Gulls on the mudflats (tide way out). Three gorgeous first-summers are portrayed below; it was nice to get my eye back in with this age class after an enjoyable stint back on Peterborough's rubbish dumps last summer. 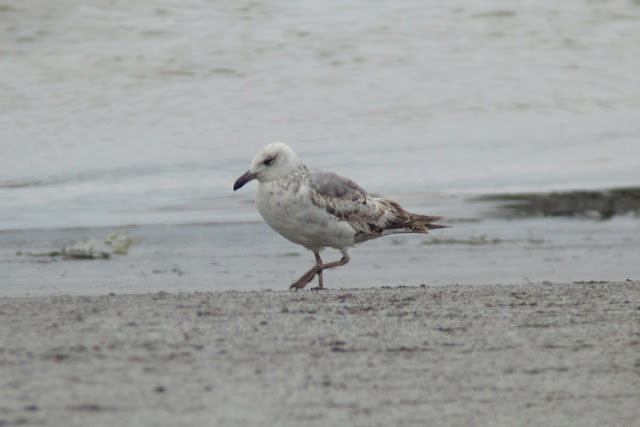 This morning, I headed back to the bittern in the hope of improved views in sunnier conditions. The bird was in view for the majority of the time I was there (07:30-10:30 or so), although almost always obscured by reeds. Saw it in flight a few times too today which was nice; it proved pretty mobile and got hacked off with the local Moorhens more than once. Best of a bad bunch of shots below. 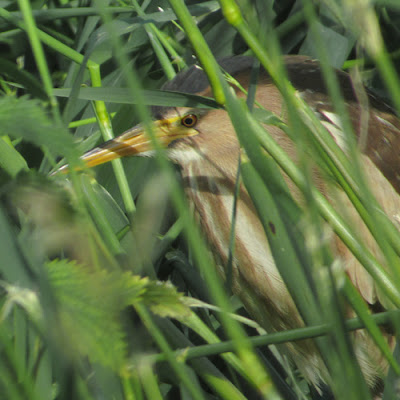 Kenfig NNR is a great place to see orchids, if you're that way inclined. Following the impressive carpet of hundreds of Early Purple and Green-winged Orchids I saw here back in May, it was nice to see plenty of Common Spotted, and Southern Marsh and Early Marsh Orchids over the weekend. The reddish-purple form of the latter was particularly impressive. Pyramidal Orchids were also just starting to come out; later in the season there can be thousands of them - there certainly were last year! While in hindsight I think I also saw a few Fragrant Orchids, I wouldn't like to say for sure. In addition, there were plenty of flowers I simply couldn't identify - I never realised orchids hybridized so readily, I guess that explains things!

Next year I'll have to get clued up before I visit.
Posted by Josh Jones at 22:04 No comments: 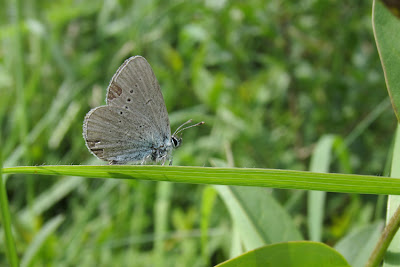 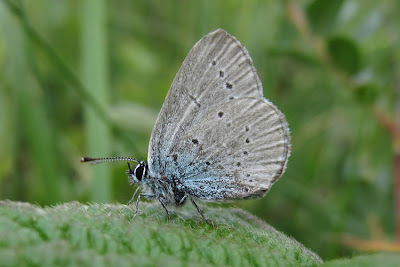 While I was scrotting around trying to get some macro images of the Small Blues, I also had a couple of fly-by Dark Green Fritillaries. Another new species for me (butterfly amateur). Quite a lot of Marsh and Common Spotted Orchids also flowering, and also heard a couple of juvenile Long-eared Owls. Sod all else on the bird front, but much nicer than being in west London looking a parakeets.
Posted by Josh Jones at 15:28 No comments: