Another trip to Kent today. Leaving Lincs at around 06:00, I picked up Werrington duo Chris Orders and Leon Smith (not a couple I hasten to add) and caned it down to Grove Ferry for about nine. Finally found Marsh Hide, and watched the Black-winged Pratincole for a further two hours at the back of the pools, generally obscured and often totally out of view. In that period, it flew once (I had a split second view through my bins before it disappeared behind the duffer standing in front of me) - very unusual for a pratincole, so I thought. It spent much of its time waddling around, not really doing alot. Occasionally, it would dart after an insect or get upset by the local Greylag Geese. Still, a very pleasant bird to look at, and the experience was greatly enhanced by twitching guru Garry Bagnell arriving and struggling considerably to get on to the bird for several minutes. 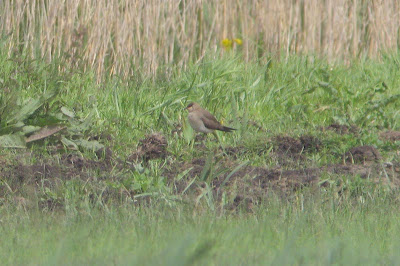 Nevertheless, I decided to move on some time just before 11, and headed back to the viewing ramp with the crew. A Wood Sandpiper shot about at the back of the pool, and there were also a few Blackwits and Avoshits on the scrape. Then we left, just before a Red-footed Falcon flew through. And that was about it!
Posted by Josh Jones at 17:11 No comments:

I decided to have a break this weekend and head home. Naturally, this usually means copious amounts of birding crammed in to the limited time available. Sure enough, I got out on the patch as soon as I could on the evening of 14th. The recent Spotted Redshank (a splendid summer-plumaged bird) was still on the New Works, and a nice bonus was a Black Tern on the Ocean.

Friday (15th) saw me gripped off by local birder and butcher, Will Bowell, who managed to find a Temminck's Stint at Maxey Pits in between slaughtering local livestock. Keen to get back on level terms, I went down to BLGP - 3 Black Terns were nice on the Ocean, and an Arctic Tern was on the Jet Ski Pit. A Common Sandpiper flitted about on North Pit, and the Spotted Redshank was still in residence on the New Works. Other bits included a Hobby over, but there was no sign of that real bit of quality I was after. 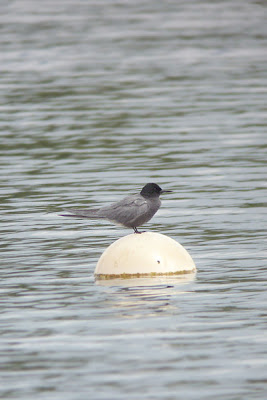 I moved on to Maxey, where Bowell's Temminck's eventually showed rather nicely, along with a few tundrae Ringers and a Dunlin: 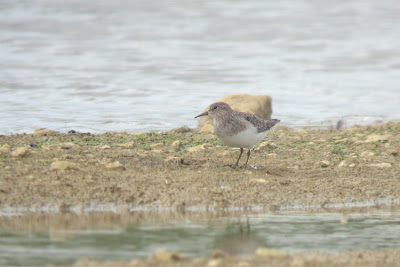 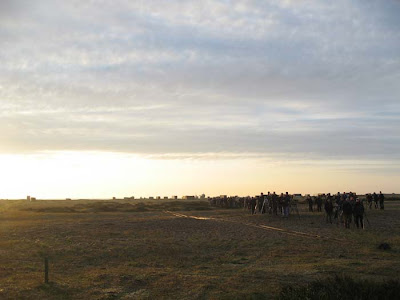 Dungeness at dawn, complete with expectant hordes
Since arriving back from Morocco, things seem to have gone a bit nuts in the UK. Nothing spectacular in terms of quantity, but quality is certainly there. News of a Collared Flycatcher at Portland broke on 29th, and then later in the day a Crested Lark was found in Kent. So, at 02:20 on 30th, in the pitch dark, I rolled up in the area north of the new lighthouse at Dungeness, where the only other birders present were Will Soar in a suspiciously steamed-up car and Richard Bonser, who had already been on site for c80 minutes. Finding it hard to contain my excitement at the prospect of a dull brown bird I had seen hundreds of in Morocco over the previous week, I decided against sleep and stood in the darkness with Marc Read (and later Dan Pointon and Mick Frosdick). Interestingly Marc, then I, heard the Crested Lark calling a little after 03:00 (my ears sharpened after repeatedly hearing them in Morocco). It therefore came as no surprise when the bird was located flying from the direction in which we heard it some time before 06:00. Though generally flighty and elusive, it did show well on the odd occasion, although the rather large crowd didn't help in the plight to gain extensive deck views. A somewhat darker bird than those observed in Morocco, it was also quite strongly streaked on the breast. Unfortunately, my views were not good enough to observe the chestnut underwings but apparently they were present...! 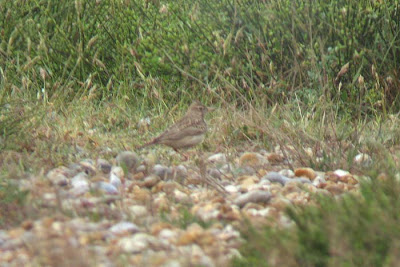 Crap photo of a crap bird
With no news forthcoming on the flycatcher, I had a brief seawatch off Dunge. Not alot was happening; a couple of flocks of Common Scoters headed east as did several Arctic Terns. Then, at around 08:20 on it came - and so I got on with the arduous drive west.
The drive to Portland was, in essence, appalling. It was capped off by a crash at Ferrybridge, which temporarily delayed the journey further. Finally, some time in after 13:00, I rolled up at Southwell and was greeted by the usual midweek brigade, getting excited over every Blue Tit moving through the garden the flycatcher had been favouring. After some time, up popped the boy - a fantastic first-summer male Collared Flycatcher. A remarkably smart bird, the only real difference from an adult being the brownish primaries and fairly restricted white patch at the base of the primaries (for Collared). Being the miserable recluse I am, I soon got bored of the crowd and so decided to call it a day and battle through the traffic back to Lincs, arriving back in the mid-evening.
Next day (1st May), the flycatcher was still present, and was joined nearby by an Eastern Bonelli's Warbler. Setting off on initial news, I reached Thrapston before turning home on negative news. What a schoolboy error that turned out to be - no sooner had I got home then the bird came back on as there. To cut a long story short, it cost me the bird - I arrived at a rainy Portland some half an hour too late for the bird, and the rest is history. Spell it out: D -I -P....
Posted by Josh Jones at 17:41 No comments:

A few images from a recent trip to Southern Morocco; in the region of 160 species were recorded and I had no less than 28 WP ticks...! A trip report will probably be available at a later date. 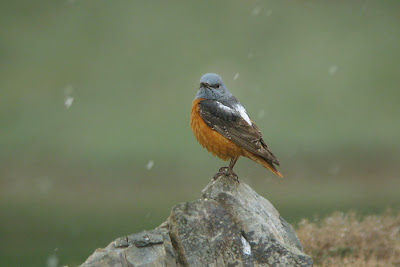 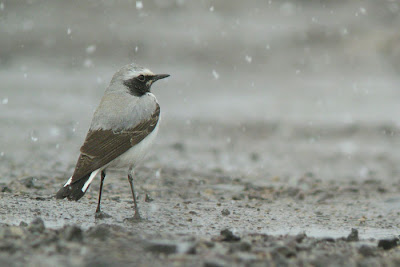 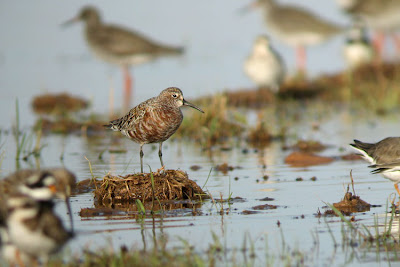 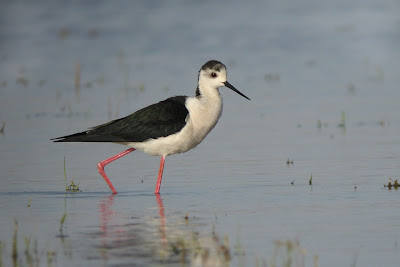 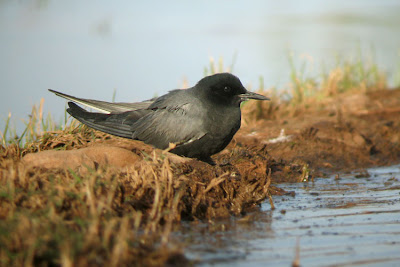 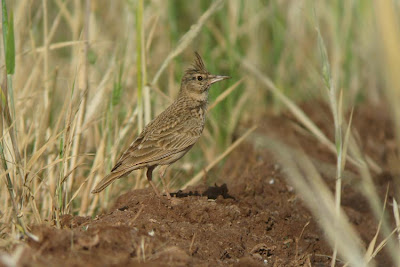 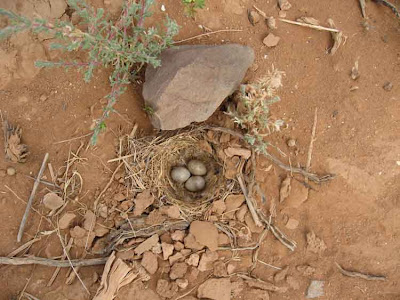 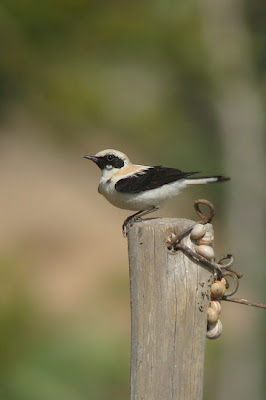 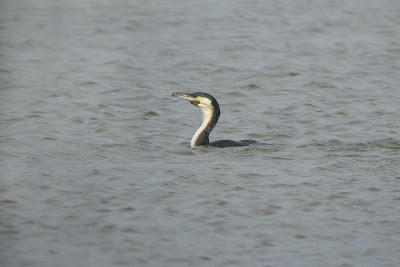 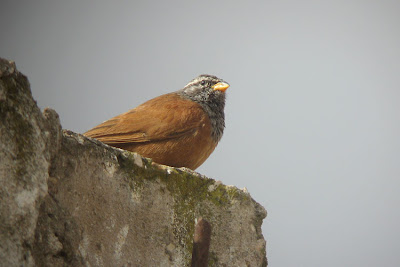 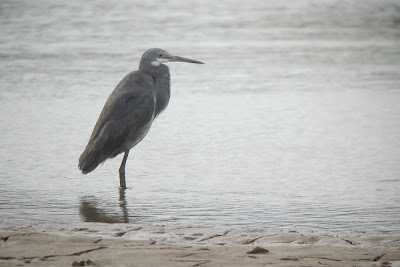