A quick tour of Lincolnshire and Norfolk

It's fair to say that, twitching aside, there have been rather too many gulls cropping up in my birding in autumn 2017. It's a bit boring, admittedly - but when you live within the boundaries of Zone 2 on the Tube Map, there's generally not much else to look at. I'm happy to admit that I don't have the patience to sit and hope for (at best) a Hawfinch in a several-hour vis-migging session in Chiswick Park, when I can go and feed the gulls on the Thames.

For once this weekend, I found myself outside of the M25 yet not twitching. I visited my old patch, Baston & Langtoft Pits, and saw little more than a scattering of returning wildfowl. I dipped a Bee-eater on the south side of Peterborough. Then I went to Norfolk, where a blasting northerly gave hope of a decent seawatch. I should have known better than to try the exposed position of Salthouse beach, yet I could see plenty of Gannets, auks, gulls and a few Great Skuas passing by as my scope shook in the gale. The light was pretty nice, though. 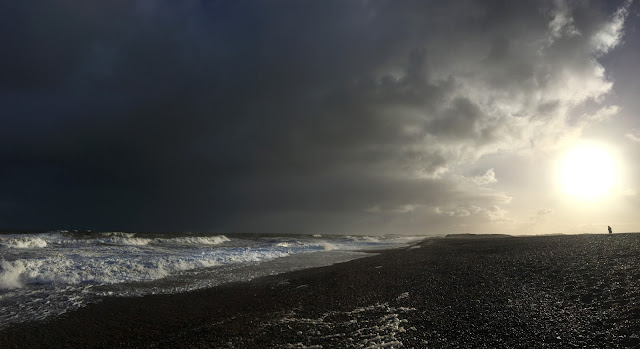 A walk along the beach with my father and his dogs was bracing and birdless, but walking back along the landward side of the shingle bank produced the usual Stonechat at Gramborough Hill and, more excitingly, a single Shore Lark, which bounded westwards low to the ground, out of the wind and almost landing on a couple of occasions, before continuing past the beach car park and seemingly dropping in some way to the west of there. As far as I can recall, this is a self-found tick for me - not an easy bird to find if you live away from the east coast.

In Cromer, the first-winter Caspian Gull performed beautifully on Sunday morning. After only showing briefly a couple of times in four hours on Saturday afternoon, I had to go back for better photos. In terms of views, it's the best Casp I've seen in Britain. It's no exaggeration to say it virtually walks round your feet. It's also a really smart bird plumage-wise, bearing more than a superficial resemblance to a first-winter Common Gull - check out the scaps and coverts. 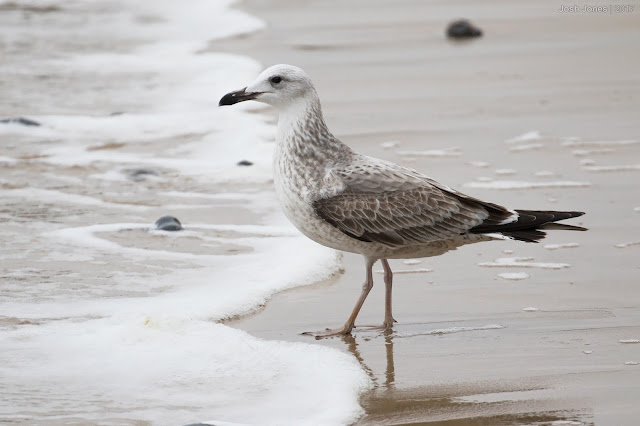 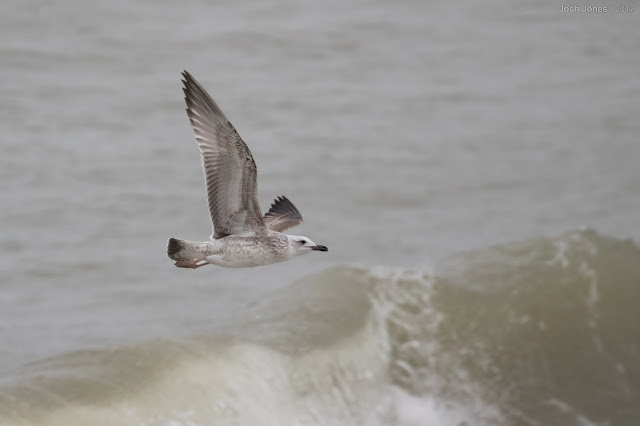 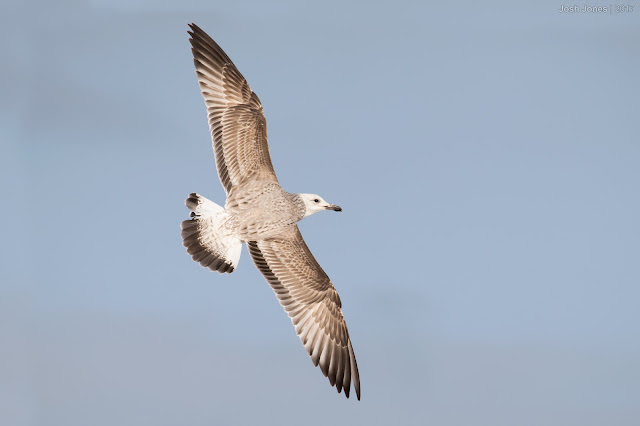 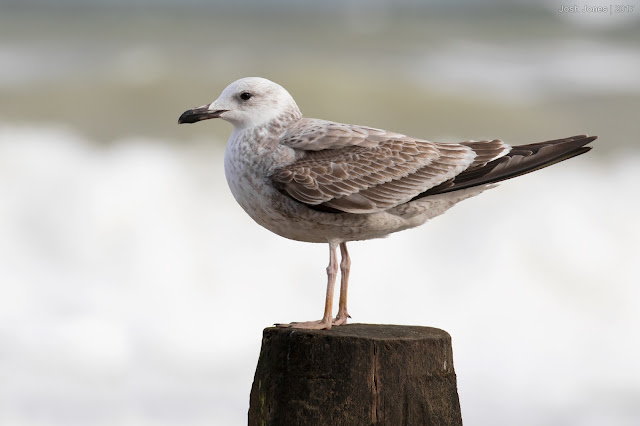 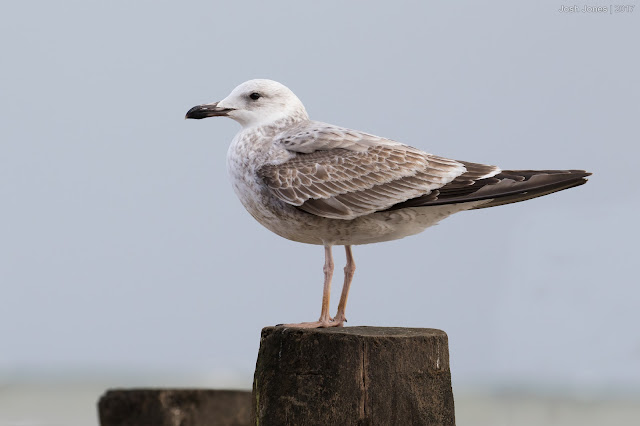 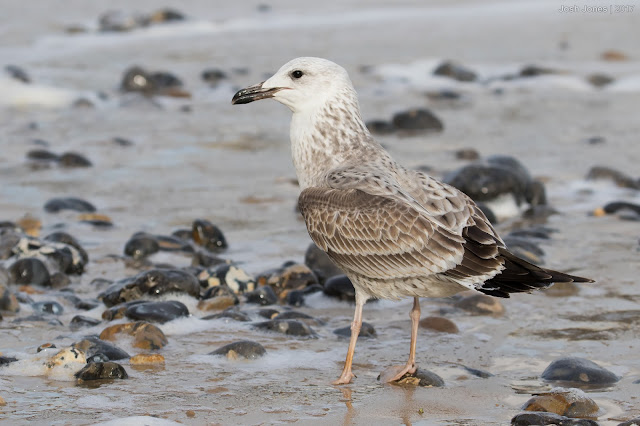 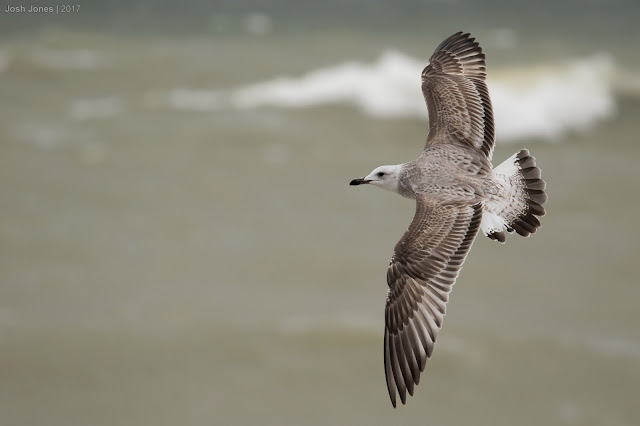 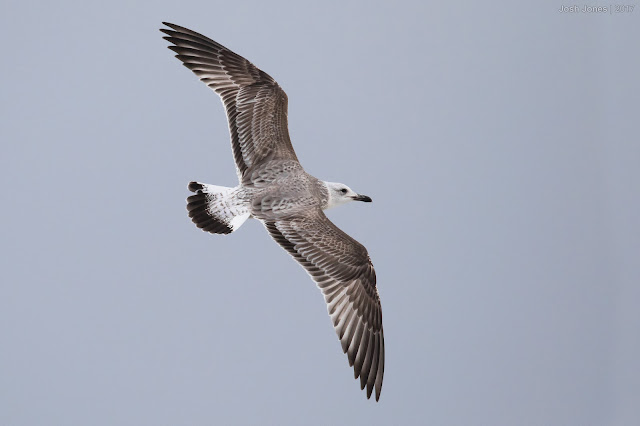 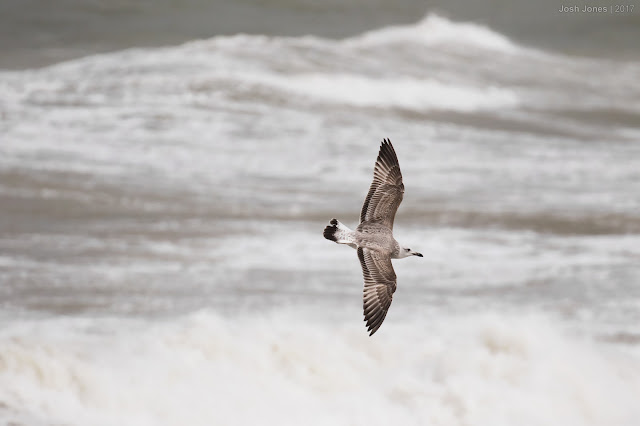 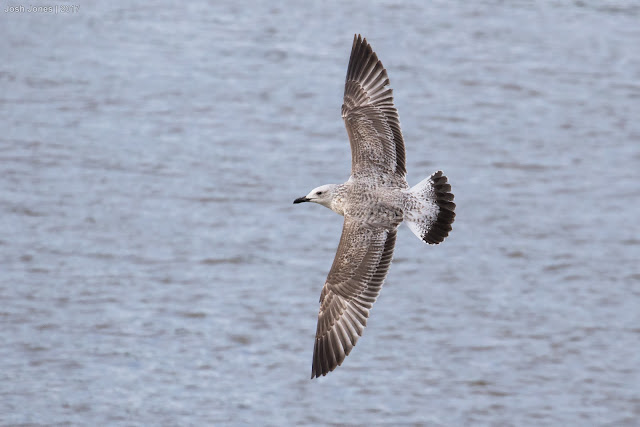 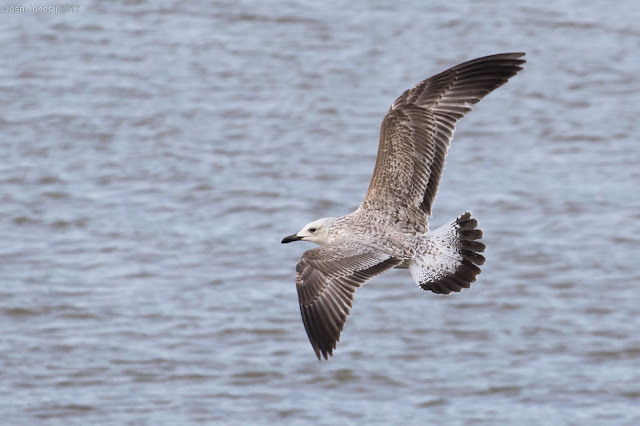 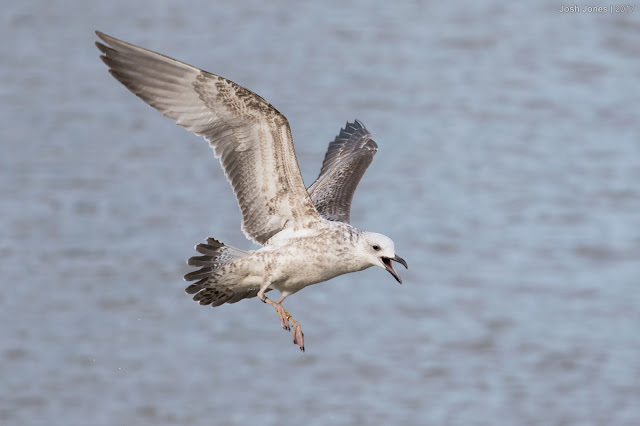 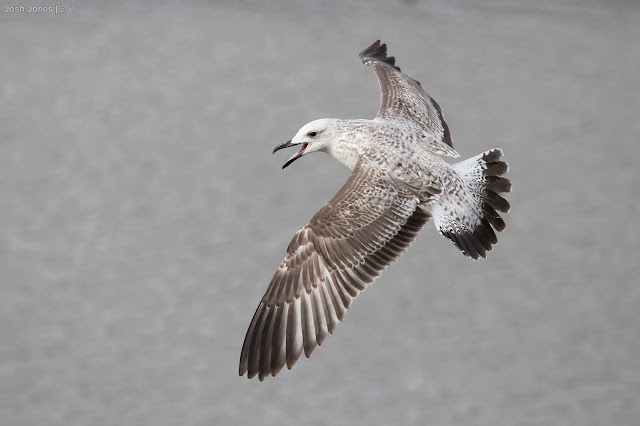 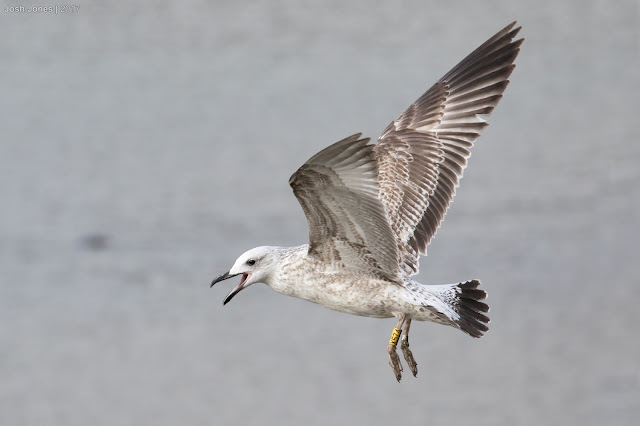 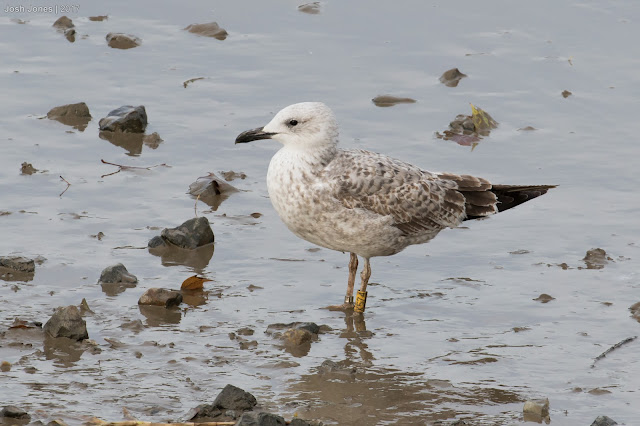 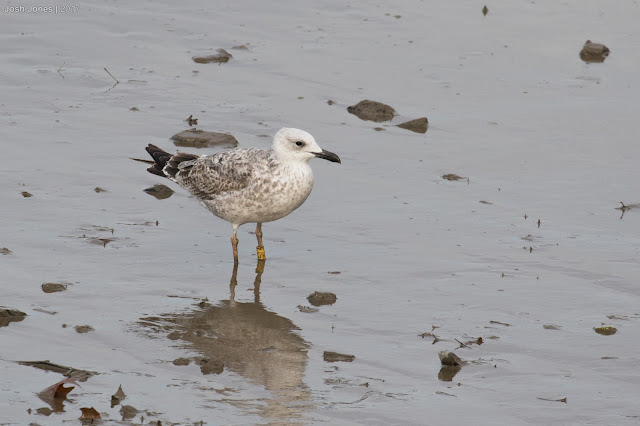 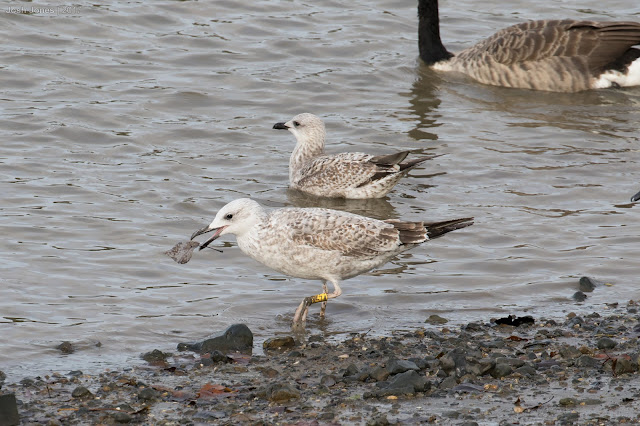 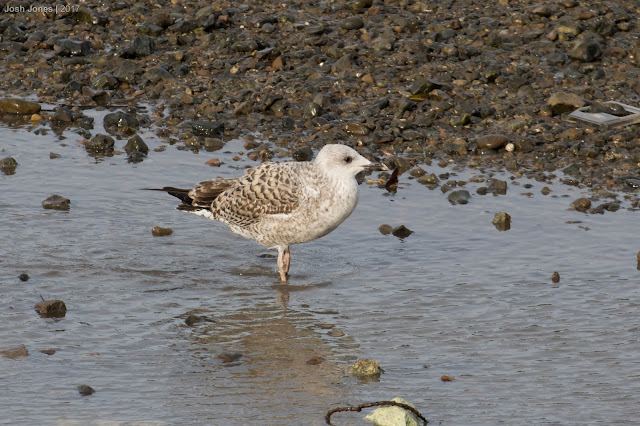 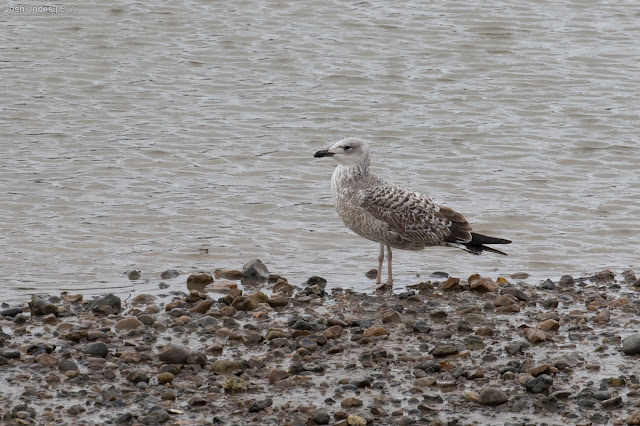 1cy Yellow-legged Gulls, Fulham, 22 October 2017 - the top bird has a distinctive bill and should be easy to track around London this winter. The bottom bird is regular along 'my' stretch of the river at present.
Posted by Josh Jones at 17:03 No comments: 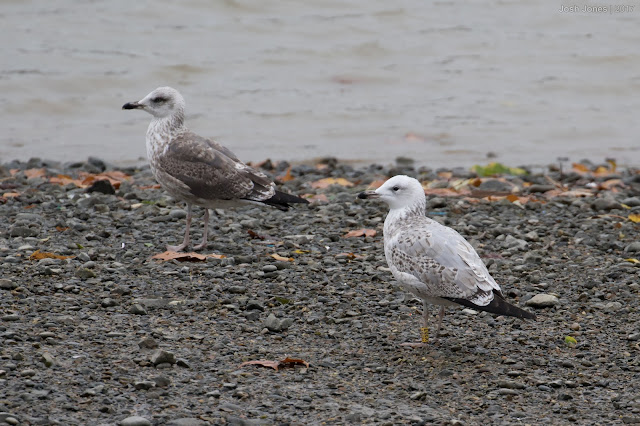 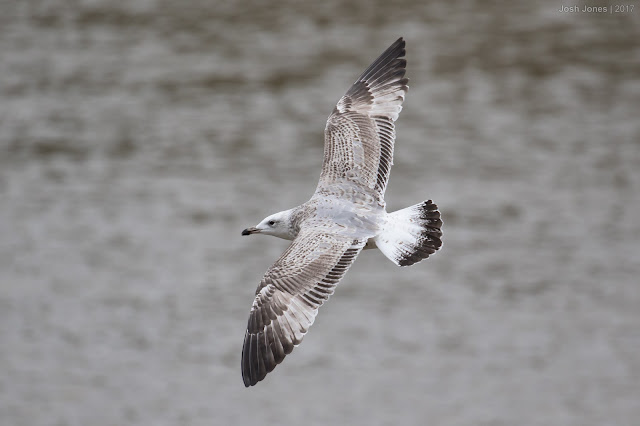 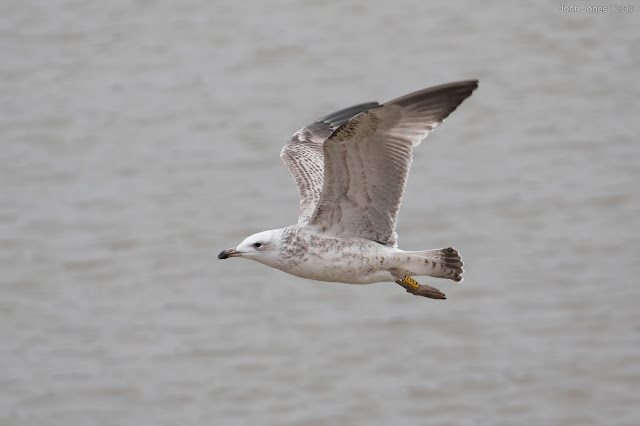 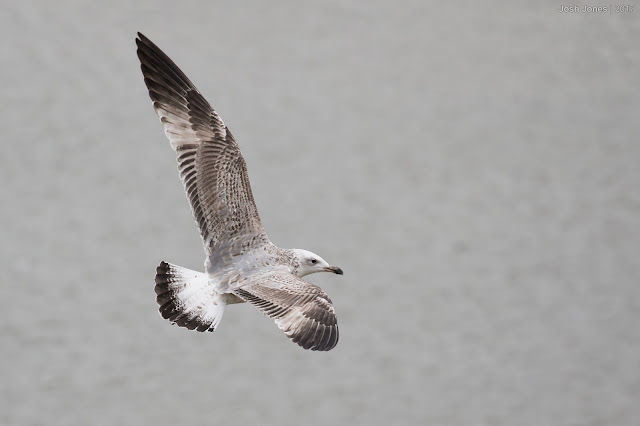 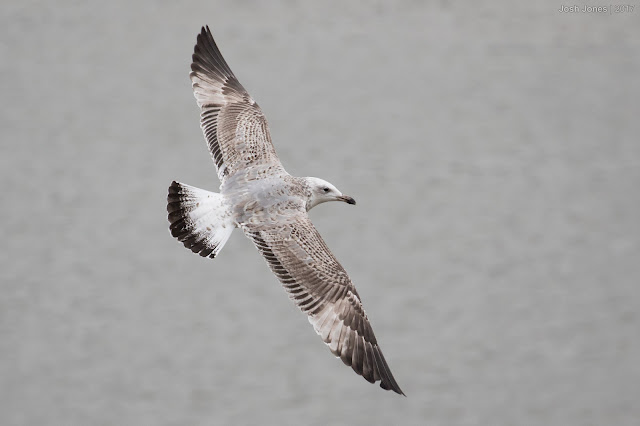 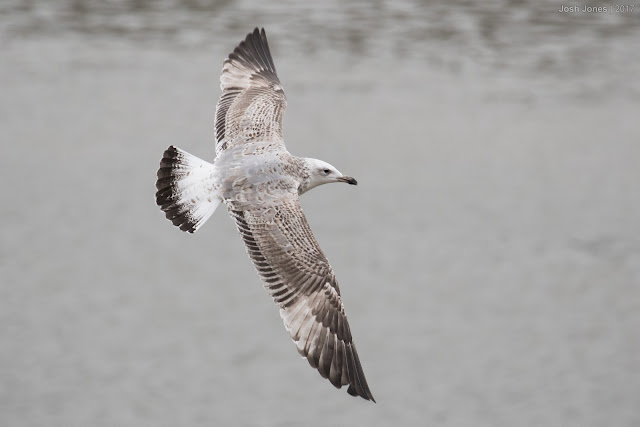 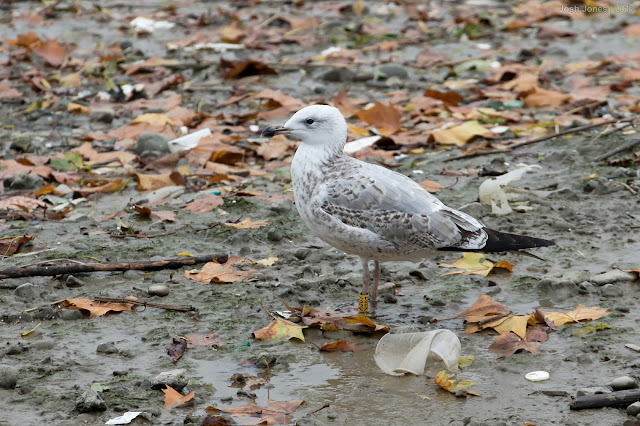 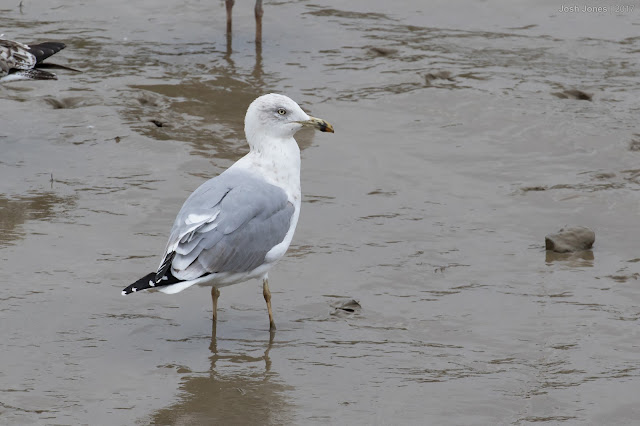