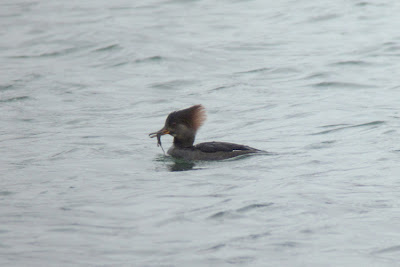 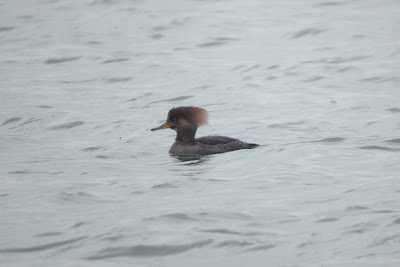 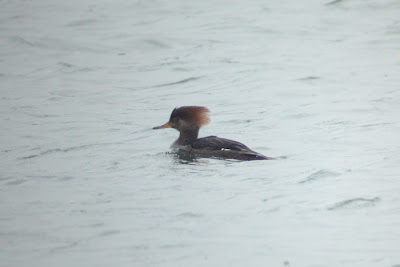 It wasn't by choice I ended up at a rainy Whetsted Gravel Pits in Kent today - Richard Bonser forced me to go! Not sure a lot else can be said apart from note how in the first image, the bird is eating a newt.

On the plus side, I now have a huge pile of old Birding Worlds in my room. Quite a few hours' reading there...
Posted by Josh Jones at 20:16 No comments:

Taking advantage of a morning off work yesterday, I was fortunate enough to have picked a wonderfully calm and sunny day as I left London for Pagham Harbour. However, by the time I arrived on the coast, the fog had rolled in and the temperature had lowered - things weren't looking good for the bird, with no sign by 09:30. 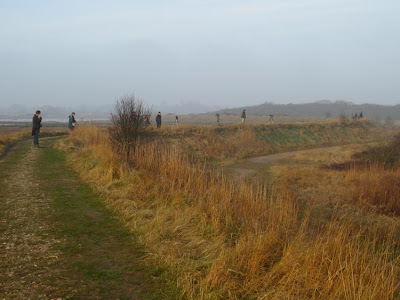 Fortunately, things cleared towards 10:00 allowing mild sunshine to bathe the reeds by North Wall and, shortly after I picked up the Paddyfield Warbler arrive from the west and begin to work its way along the reeds, flycatching as it did so. I called over my fellow Z-list twitchers who were also yet to see the bird and, after the typical initial panic, most got on to the bird with relative ease. Views were generally pretty good, although it was generally obscured and spent a lot of time out of view. I did however manage a few gritty digiscoped shots: 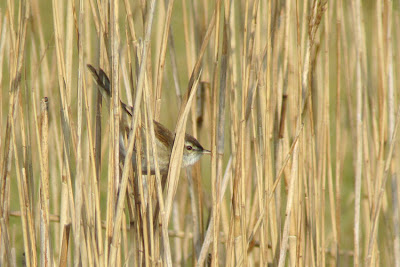 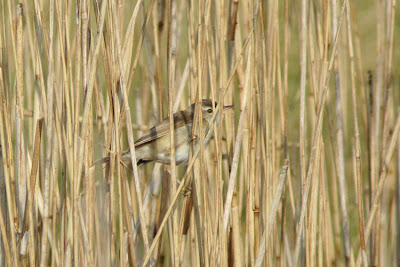 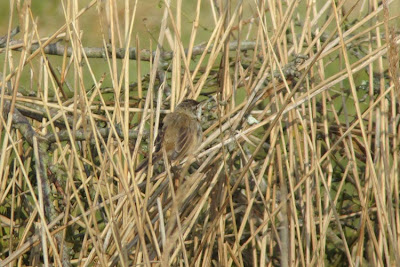 A quick look at Pagham Lagoon revealed very little, so I relaxed in the sunshine for a bit before heading back to London in time for work. A great morning out, with a WP tick to boot. 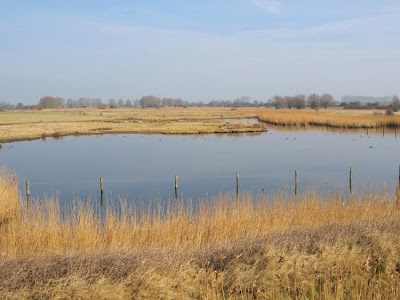