Yesterday, I took advantage of the morning off work and what seemed like the first blue skies for an age to visit Hyde Park, where Inner London's first Bearded Tits had been present for a few days. I knew they'd been showing well, but wasn't prepared for quite how well that meant! Spent an enjoyable couple of hours getting used to my new SLR and lens in a range of lighting conditions from quite overcast to bright sunlight. I'm quite pleased with the results; it's interesting to see how the conditions affected the colour of the images.

You can click on any of the below to make them in to frame-fillers. 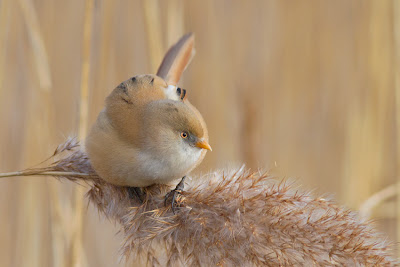 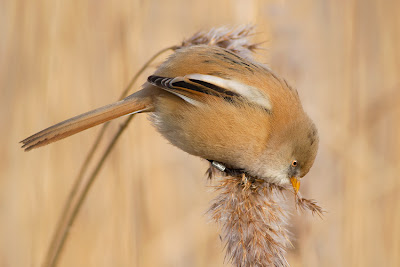 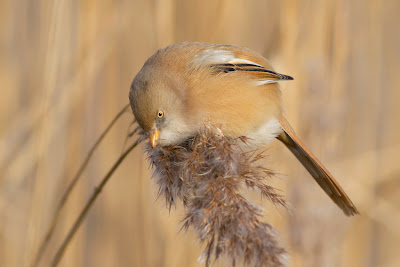 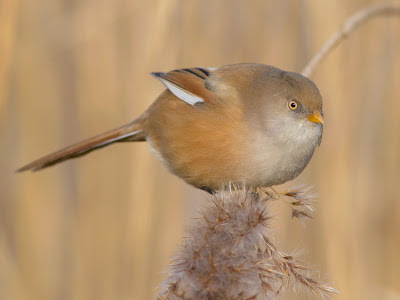 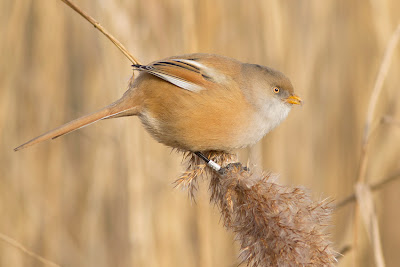 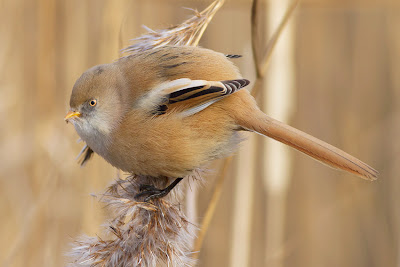 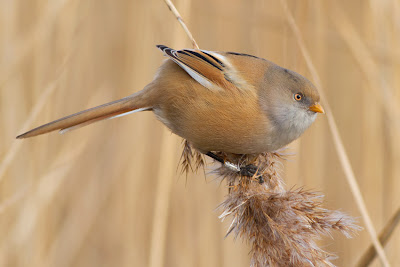 Twenty-twelve was an interesting year. 'Interesting' is perhaps a feeble adjective to use, but I ended up learning a heck of a lot (not just birds, but life in general), enjoyed some highs but also endured frustrating lows while moving to London in the process. Trying not to make this in to some sort of egocentric autobiography of my personal achievements in 2012, I thought I'd sum the year up with a few photographs and some brief text.

In early January, a series of pretty grim winter storms battered the north and west. Acting on a whim, I hopped over to Ireland for a long weekend (alone) and found the birding to be pretty dynamic - I arrived in conjunction with the first big dump of Iceland Gulls and was fortunate to find a Todd's Canada Goose on The Mullet (Mayo). It was this trip that gave me my biggest low of the year, though - the moment I really regret most. Observing a distant, dark Kumlien's-type Gull among Hooded Crows in fields at Lower Lough MacNean as the light was beginning to fade, I considered Thayer's but decided the bird as on the pale side (you can read a full summary here) and regretfully left it alone as there was no way of getting any closer. Later in the month, the same bird relocated to nearby Enniskillen Dump and afforded better views, where it became clear it was a much more convincing candidate for thayeri. It was therefore nice to be able to head to Lincolnshire in April and appreciate fully what I was looking at. I'm also looking forward to seeing a few more Thayer's in California this February and gaining some experience with the taxon.


I enjoyed a few great trips abroad this year - Egypt in April...


... Morocco in June/July and then my second autumn on Corvo in October. The Northern Parula below was my best find on the latter trip, although overall highlight was the Western Palearctic's second Golden-winged Warbler - it was a true privilege to have been there that day. I also had a great weekend in Estonia in December, seeing the Fox Sparrow as well as my first Black Woodpecker.

This Bonaparte's Gull was my best British find of the year, even if it was retrospective. Although Rich and I joked that it looked like a different bird at the time, neither of us would have ever believed two Bonaparte's would have been at Cross Ness (London) at the same time - something that, the following day, proved to be true!


All-round birding experience of 2012 goes to a juvenile American Golden Plover found by Rich on one our September trips to Ireland. The bird had clearly arrived that morning and gave some unforgettable views. For me, there is little better than enjoying a good-looking rarity in stunning scenery alongside next to no-one. Achill otherwise failed to replicate its exceptional form of September 2011.


Thanks to everyone that I met, spent time and travelled with in 2012. I'm hoping to get out in the field a bit more in 2013, but that hasn't started well - my year list is currently about 15 (including a Blackcap, the current highlight).
Posted by Josh Jones at 15:38 3 comments: