After a fantastic weekend, I'm not entirely sure why I had never previously been keen to see Adders. For years, I've bumbled around various heath and downlands and never seen them, but never been particularly bothered. I was generally too busy seeking out avian year ticks - be it Tree Pipits, Woodlarks, Nightjars, erm... Golden Pheasant... 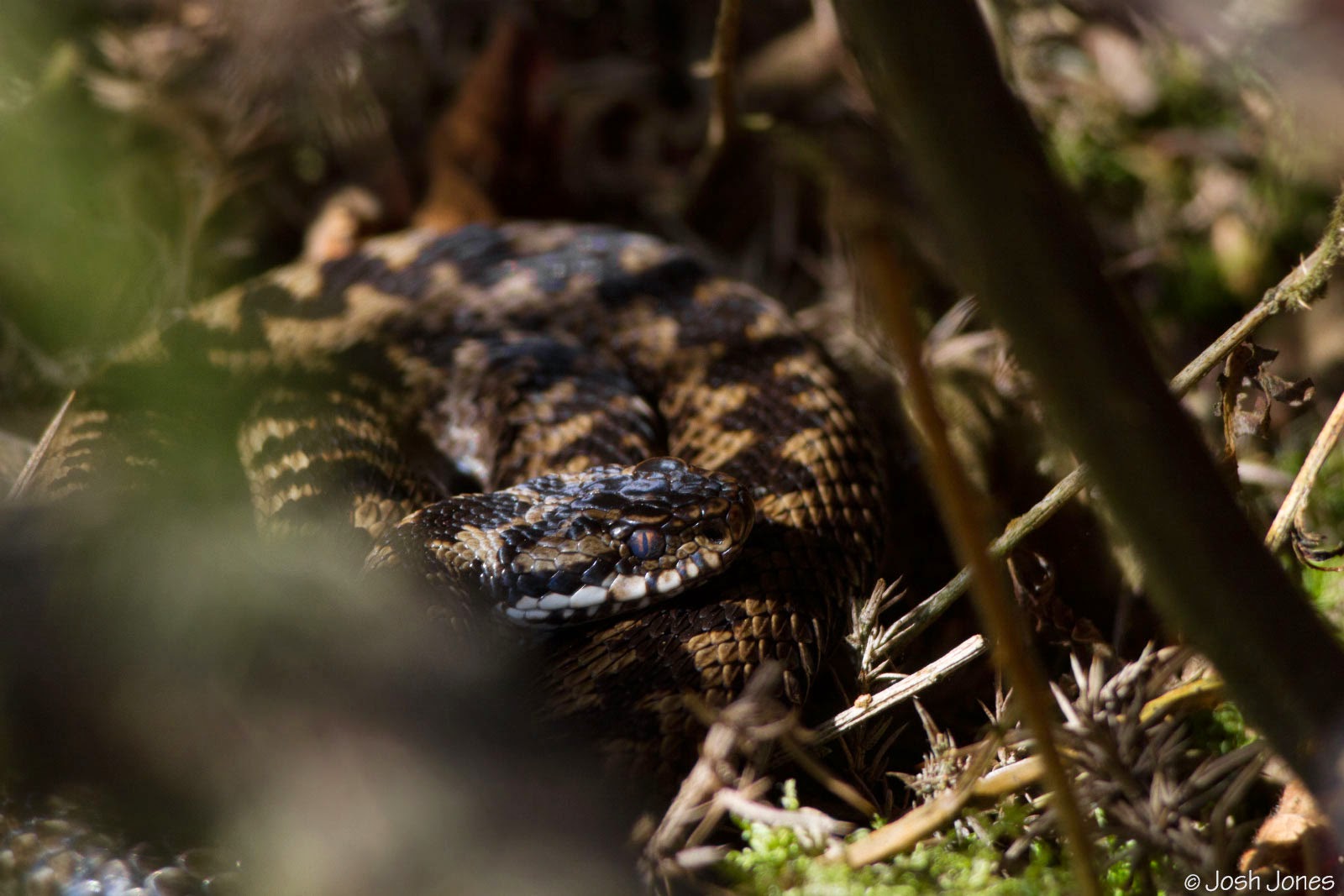 I glimpsed my first Adder near my father's house last July - at Holt Country Park, in North Norfolk. It was really quite exciting, but frustratingly brief - a matter of seconds as it slithered off in to a dense patch of gorse and heather. Since then, I've wanted to see them well and, knowing that this time of year is best to connect as the snakes make the most of the first warming rays of spring sunshine, I've spent a bit of time looking over the past couple of weekends.

First up was Sunday 16th. Sunny and strangely warm for mid-March, I was rather too hungover to search properly - much to the amusement of Marc Read and Kit Day - and a day around Dunwich and Minsmere produced no more than a single Grass Snake. Dartford Warblers, a pair of Garganey and singing Firecrest were pleasant distractions, though.

The following weekend - i.e. the one just gone - I was due to be up in Norfolk, looking after my Dad's dogs. The weather forecast hadn't been good all week and I didn't hold much hope for a successful reptile hunt. As the weekend drew nearer, the forecast slowly improved and, as it turned out, it was actually a decent enough couple of days - while not as warm as the weekend previous, there were enough bright spells to coax out snakes. I must have seen a dozen Adders, perhaps more, during the course of the weekend. I quite enjoyed how predictable they were and, by Sunday lunchtime, I was beginning to know each individual by its physical features and, more importantly when considering photography, their behaviour too! Some were no-go's, clearly already too awake (and wary) to allow a close approach. Others would just sit there lazily, no more than a metre or two away, soaking up the sun. Occasionally they'd shuffle round to assume a more effective position, but most of the time they just lay there, motionless.

The most frustrating thing was that none were ever truly out in the open (or in ideal setting for really killer shots). Nevertheless, I'm happy enough with some of the pics obtained over the weekend. Most were taken handheld with my 400mm stacked with extension tubes (hence sharpness isn't quite there), but some of the 'snake in setting' shots were taken with the macro. I can't imagine going a spring without seeing them again, so plenty of time to improve... 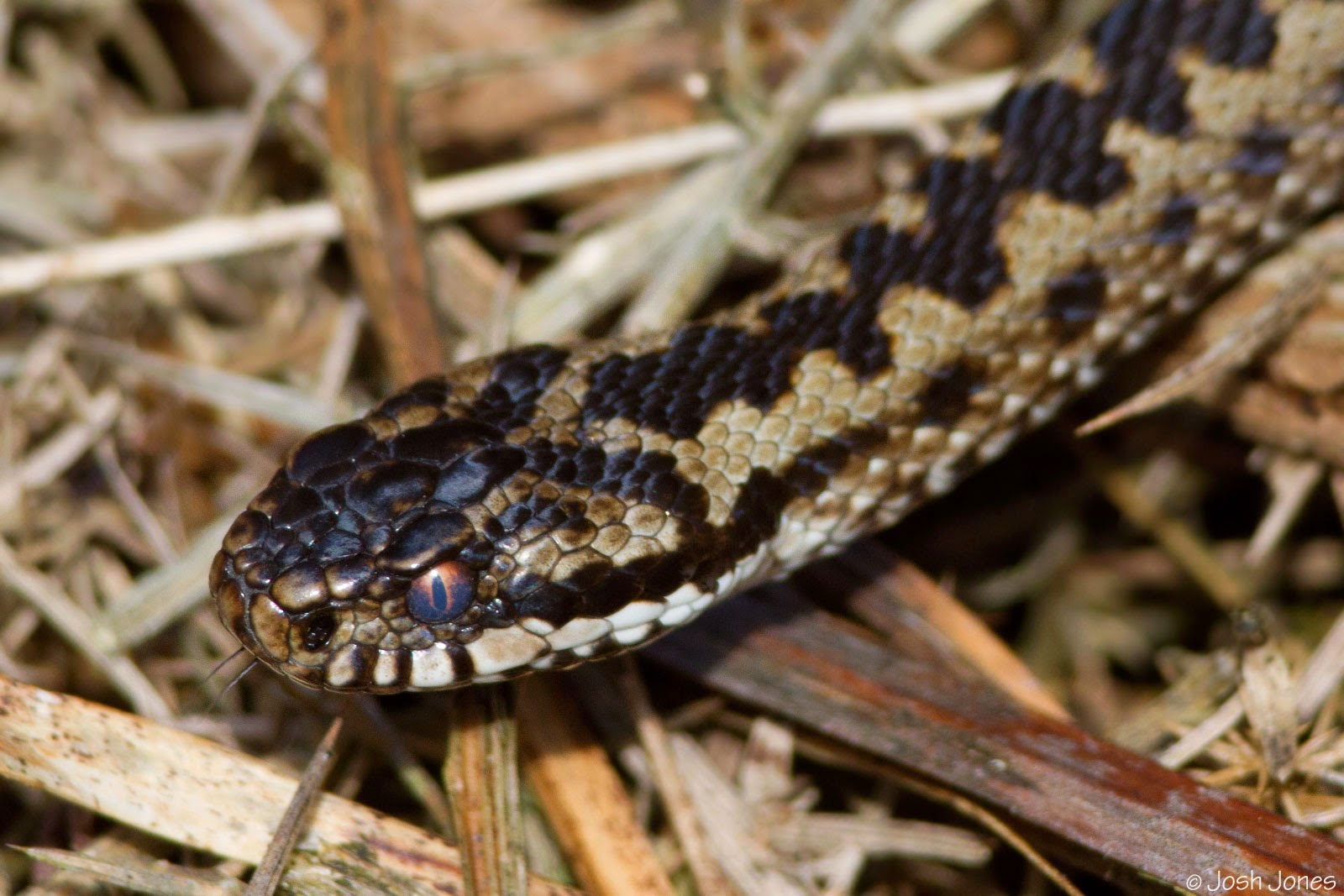 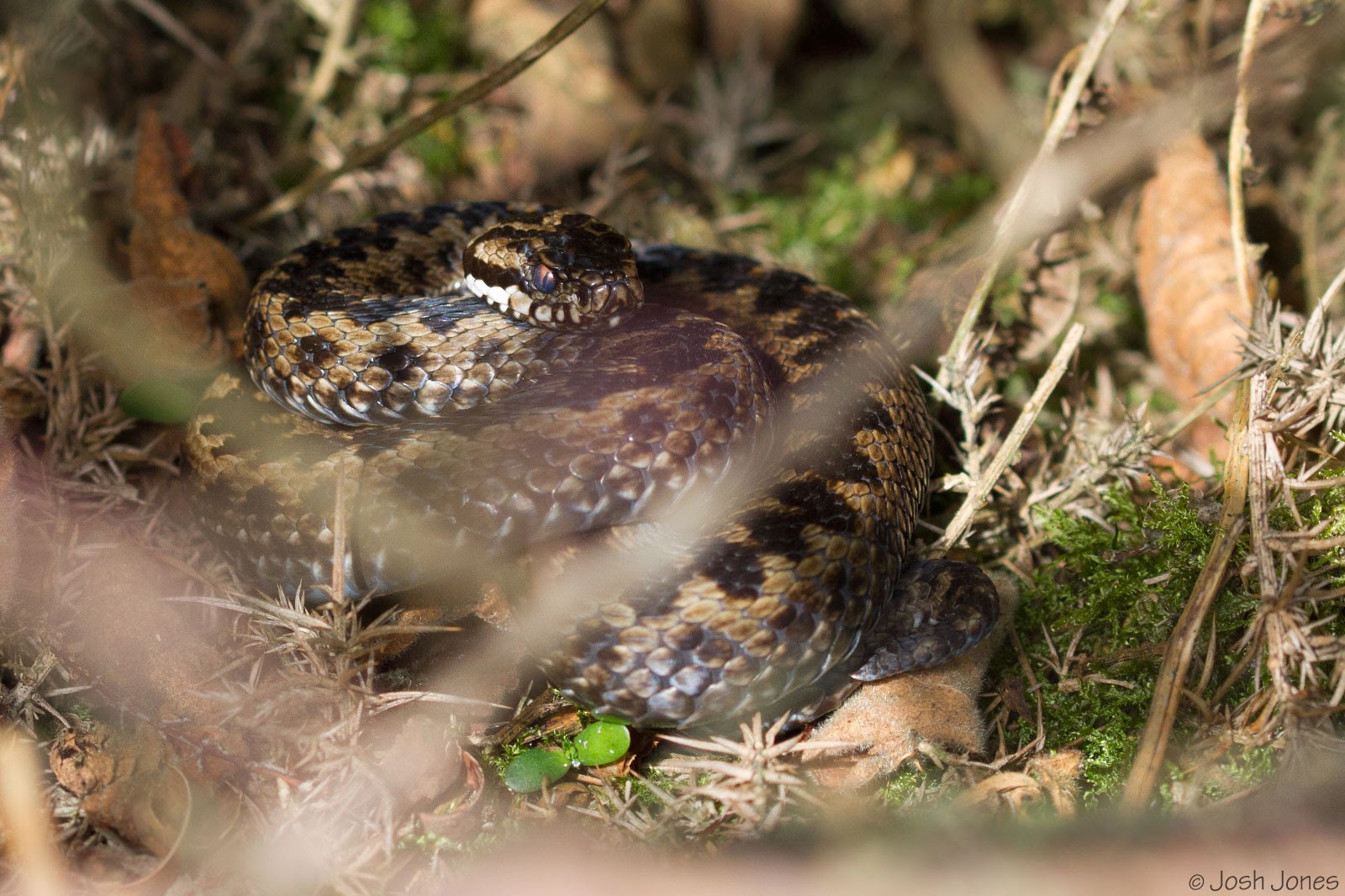 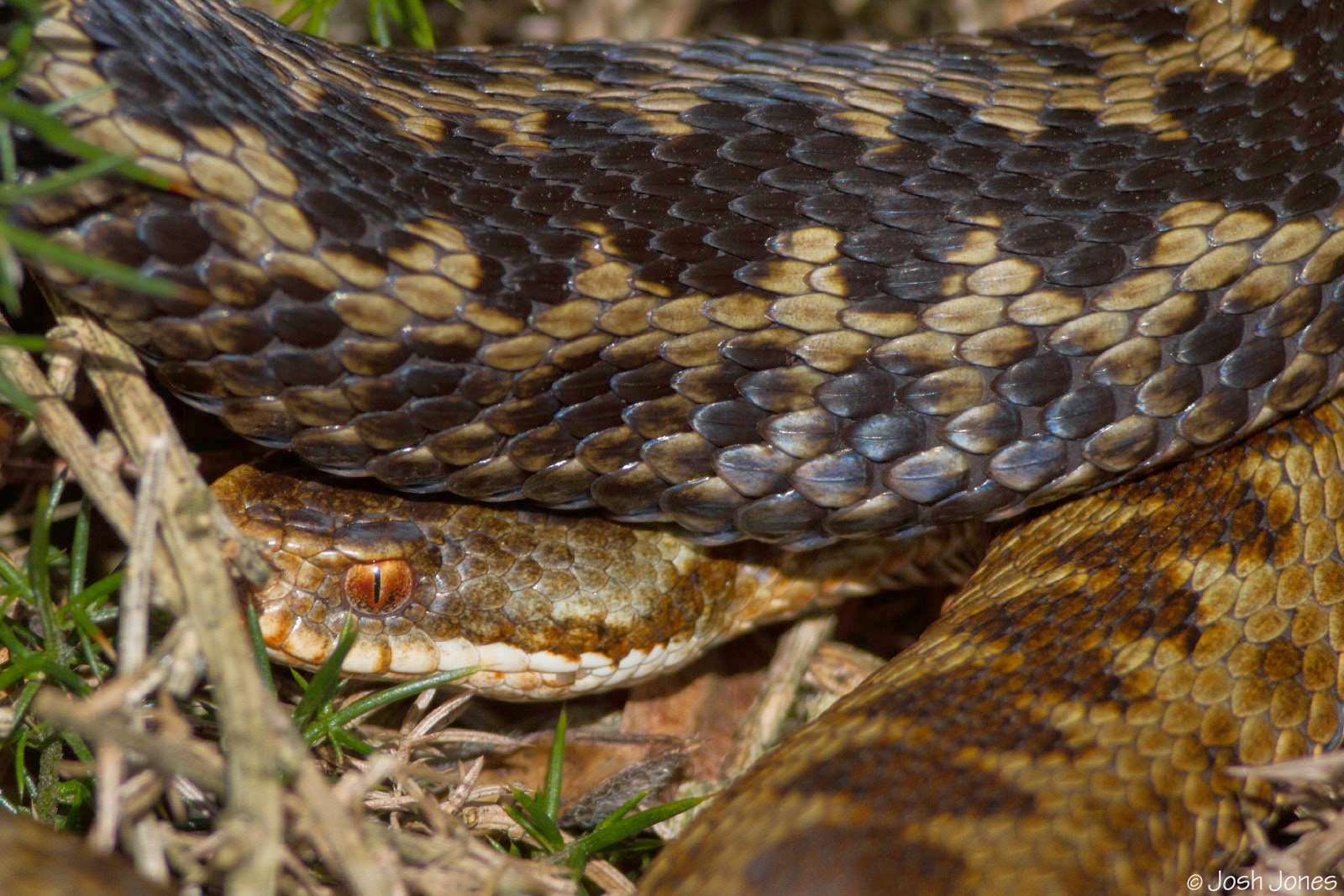 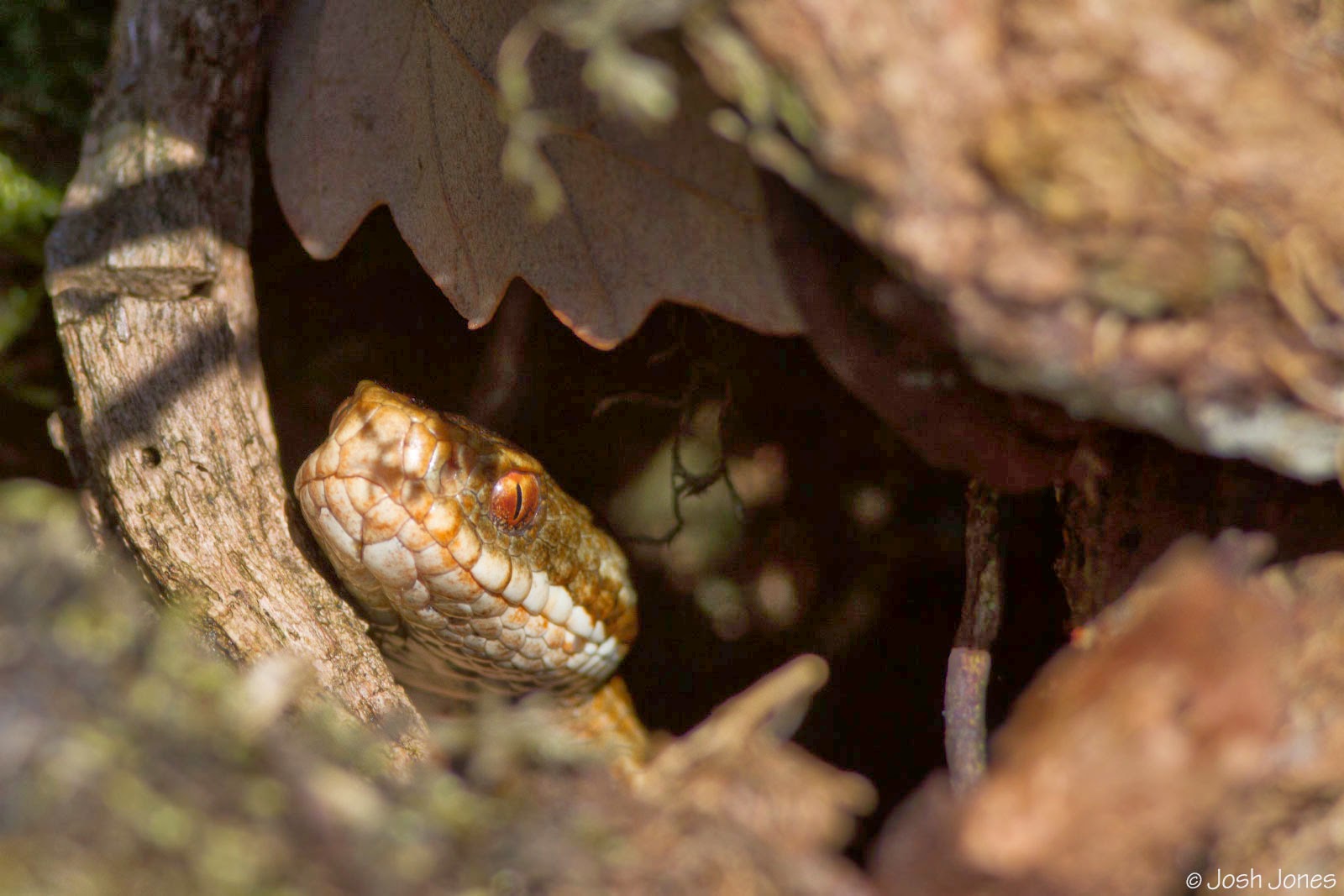 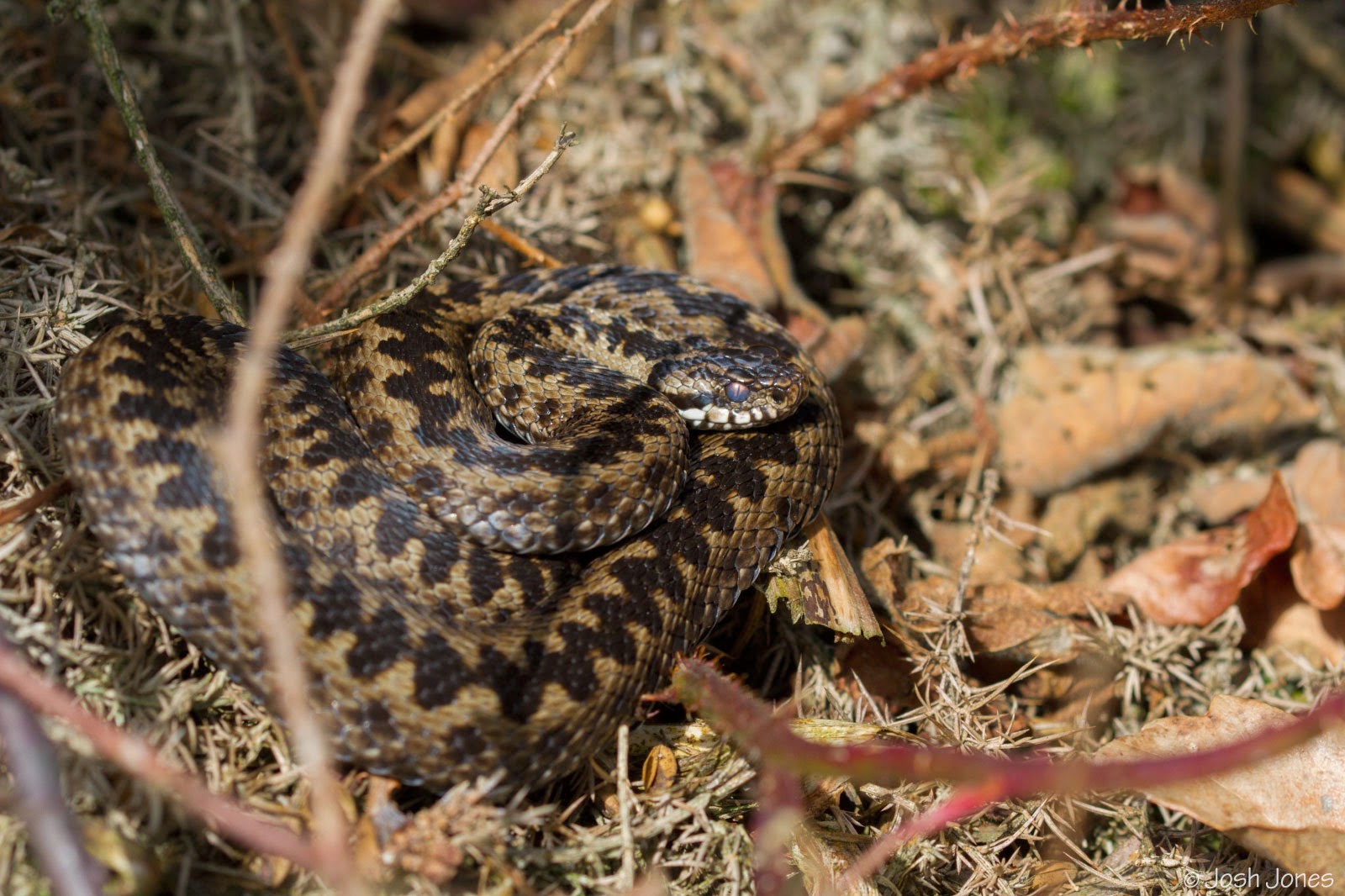 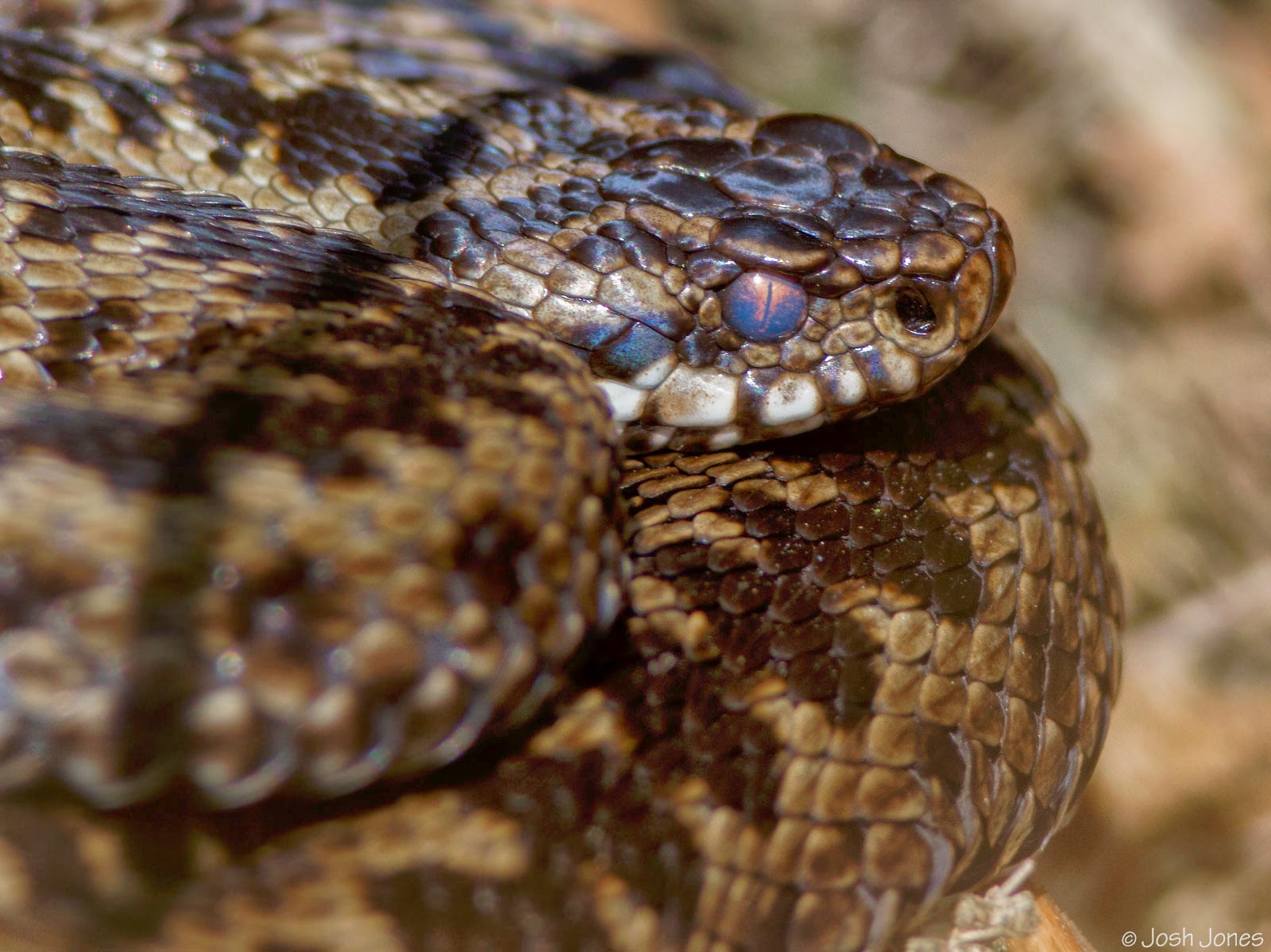 Holt Country Park is as great site. As well as the snakes, Crossbills were ever present (no Parrots from what I could tell), Siskins and redpolls were consistently flying over, Woodlarks were singing and there were also a handful of Common Lizards zipping around.
Posted by Josh Jones at 22:20 2 comments:

I'd anticipated coming back from Southern France with a card full of Alpine Accentor shots among other things, but it didn't quite pan out that way. Instead, all I have to share can be seen below. Say no more. 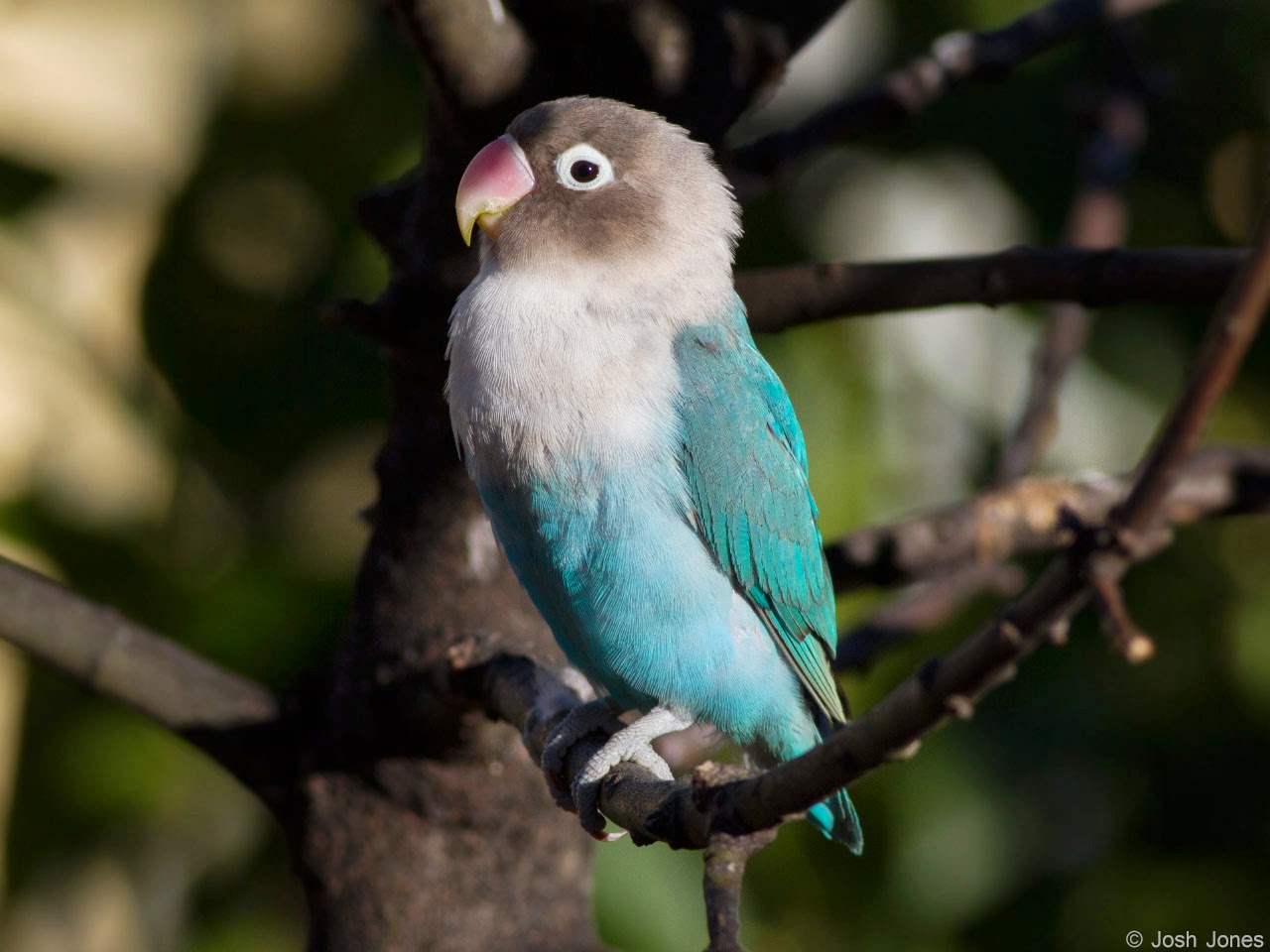