I've put a bunch of Peru photos on my Flickr page.

Along with a small party of journalists and tour operators, I was fortunate to participate in an eight-day trip to Northern Peru in mid-September, hosted by PromPeru and Green Tours (www.greentours.com.pe). The seven days spent birding was far too little to appreciate this incredibly diverse region fully and I intend to return in the not-too-distant future. I couldn't recommend the place enough, and Wilson Diaz (of Green Tours) did a fabulous job of organising our birding.

A couple of photos, lifted straight from Flickr. Head to my page for more:

A full report of my trip will appear in Birdwatch magazine in the not-too-distant future, and likely on the BirdGuides website too.
Posted by Josh Jones at 19:01 No comments: 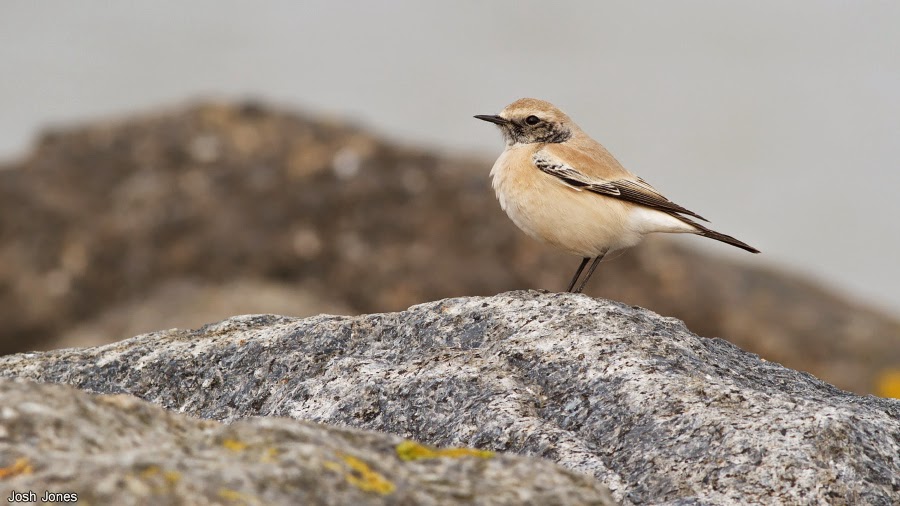 Arriving from the second half of October onwards, Desert Wheatears tend to mark the conclusion of the autumn period in Britain. There have already been three this early November, including the extremely tidy male pictured above at Reculver, Kent.

With Sunday free and having not seen a DW in Britain since the female I ticked while dipping Chimney Swift on Holy Island in 2005, I met up with Rich and headed down to Kent for an hour or so in the company of this bird. The light was grey and flat but the bird made up for it, despite the seemingly endless procession of lens wielding admirers parked flat on the beach about ten metres from its favoured rocks. This species has a habit of being pretty fearless and so it proved; though not bothered by humans, it wasn't quite as ridiculous as the Lowestoft bird looked! You'll notice that the DW is facing left in every shot - all thanks to a light but persistent southwesterly.


Having had our fill and taken enough photos to add to the ridiculous total already taken by others, we headed down to Dungeness for the afternoon. The best bird was a brief first-winter Yellow-legged Gull but we did speed by a Great White Egret, which was mincing around in the usual corner of ARC Pit.