It's almost inevitable that I see my first juvenile Caspian Gull of the season in Peterborough around the Birdfair weekend. Here's the 2017 offering, with a strikingly dark tail and mucky underwing but otherwise looking pretty classic. 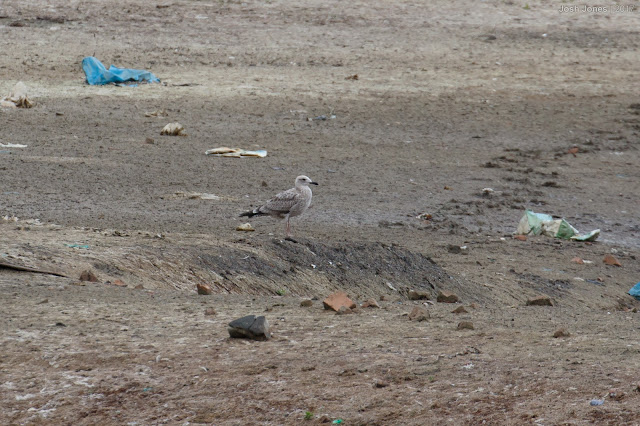 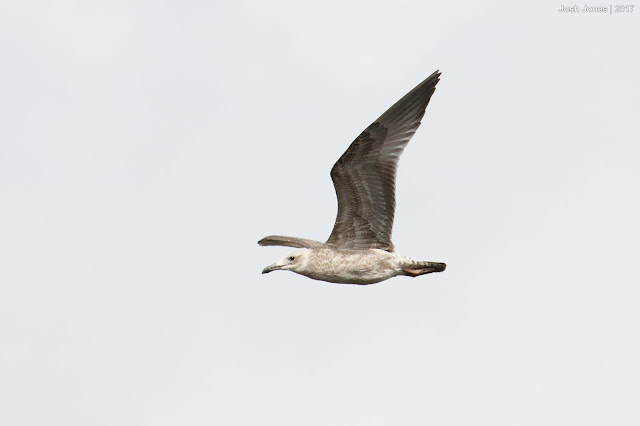 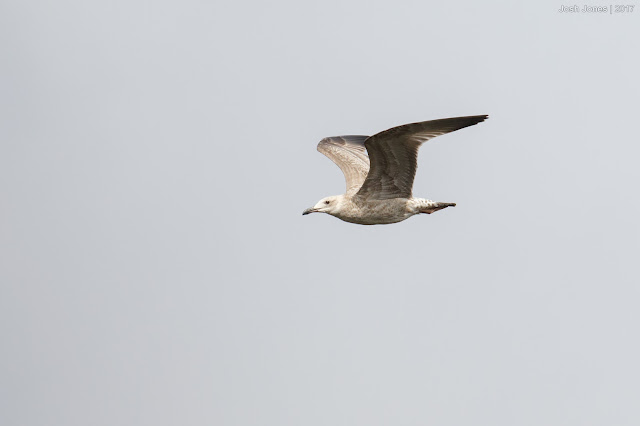 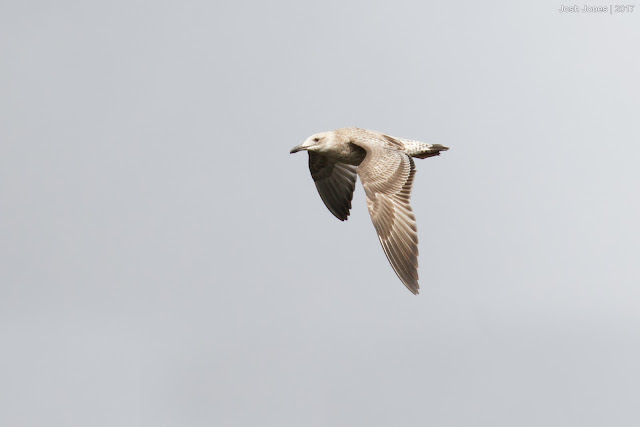 A big lump of a Yellow-legged Gull

A real bruiser of a juvenile Yellow-legged Gull at my regular gulling spot in Chiswick - comfortably the best views I've had of the species so far this summer, this beast showed no fear as it came to within just a few yards. 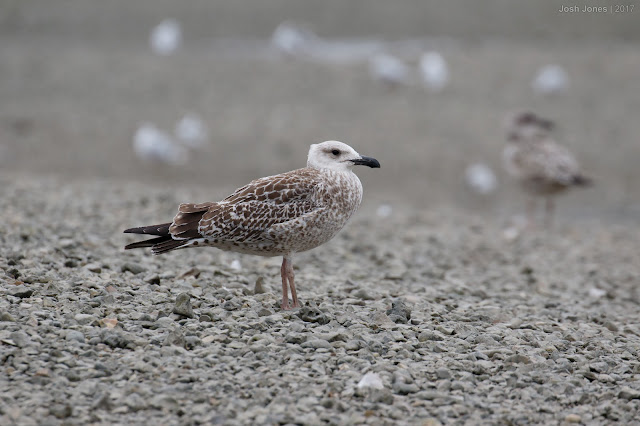 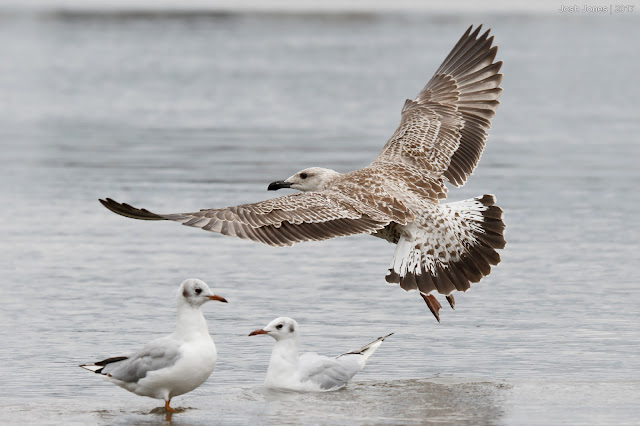 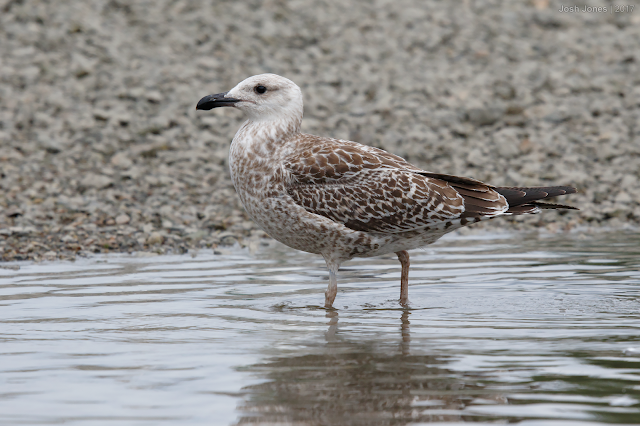 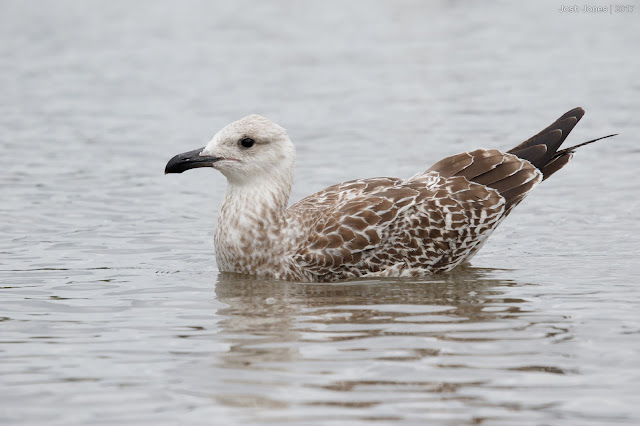 This 3cy bird is also regular in Fulham at the moment; its plumage is pretty advanced and it likes to sit on the old moorings by The Crabtree pub. 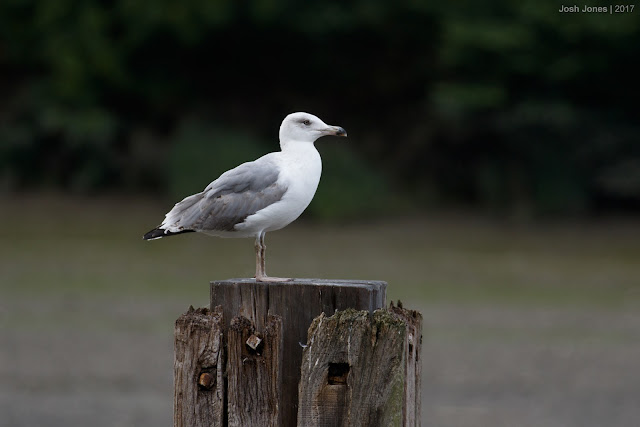 Still a steady turnover of Yellow-legged Gulls on the Thames near me, including this juvenile which obligingly flew around a few times and allowed the opportunity for some half-decent flight shots. The gulls tend to be very lazy near me at low tide, preferring to waddle rather than fly. 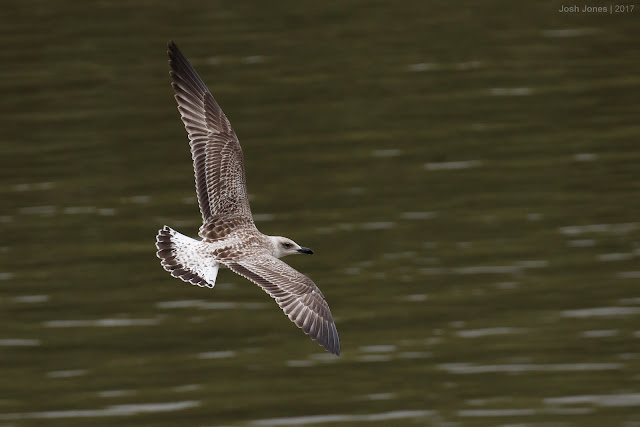 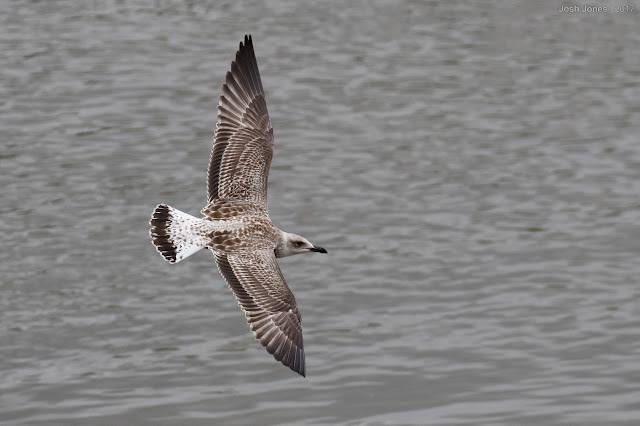 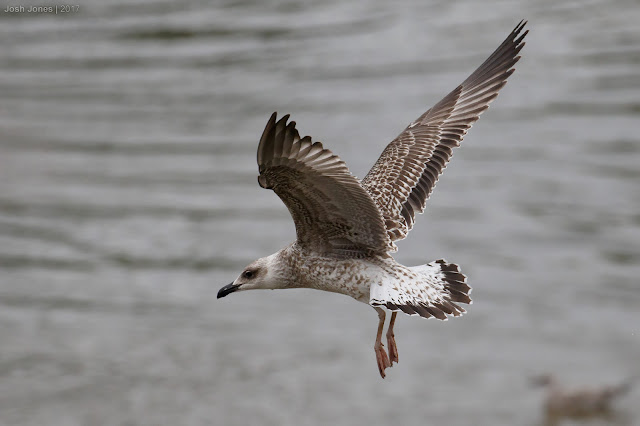 G0UT remains in situ, favouring the river at low tide and then heading to the wetland centre (and presumably elsewhere too) as the water rises. 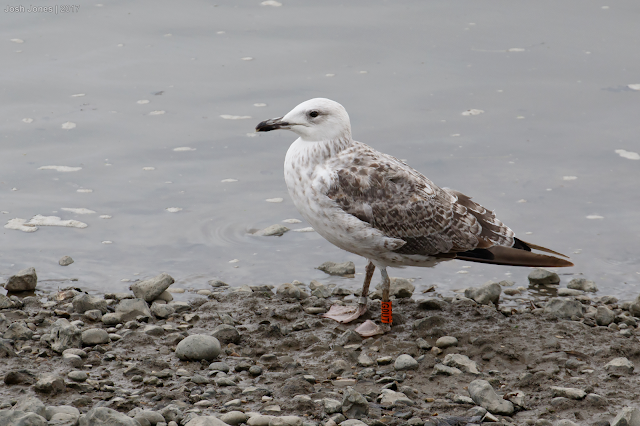 Unless I go to the wetland centre, the mid-summer period totally lacks in decent birding opportunities in West London. Apart from the gulls, of course.

The first juvenile Yellow-legged Gulls have started to appear. Each session on 'my' stretch of the Thames between Craven Cottage, Fulham, and Chiswick Pier produces up to five michahellis, usually always involving a different selection of birds. I've had at least three different juveniles over the past couple of weeks, although most of the birds seen have been 2cy and 3cy, with the one or two older birds thrown in for good measure. 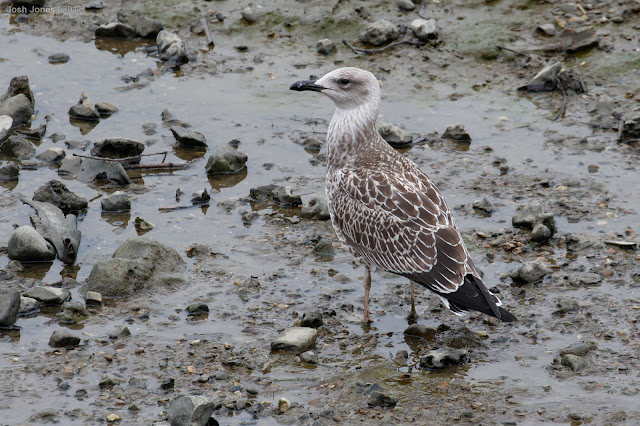 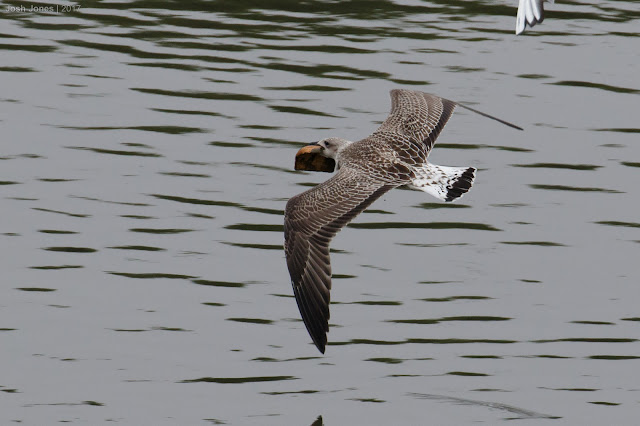 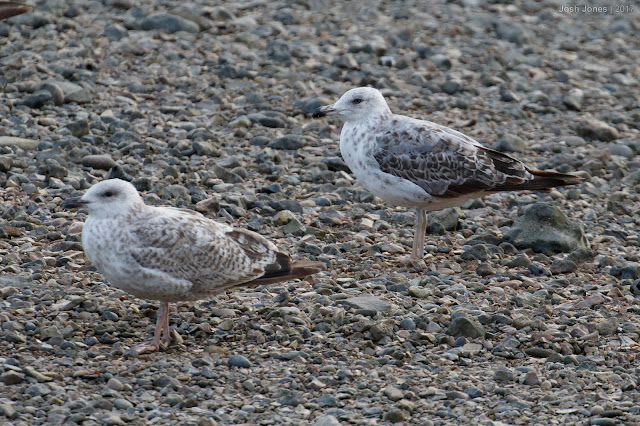 You don't really expect to see Caspian Gulls in July but I've been fortunate enough to be blessed with two scraggy first-summers on the river near me over the past two weeks. The first was a bird I've not seen before, German-ringed 'X307' - this bird having been noted regularly in East London since it was first seen by Jamie Partridge at Thames Barrier Park on 25 September 2016 (here are a couple of nice photos of it taken by Rich in March). It's from a mixed (predominately Caspian) colony on the Polish border but to me this bird doesn't obviously stand out as a bird of mixed heritage, I thought it looked fine as a first-winter and still think the same looking at it now. 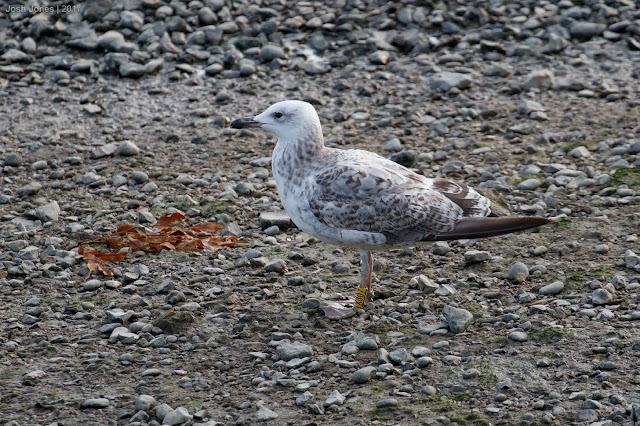 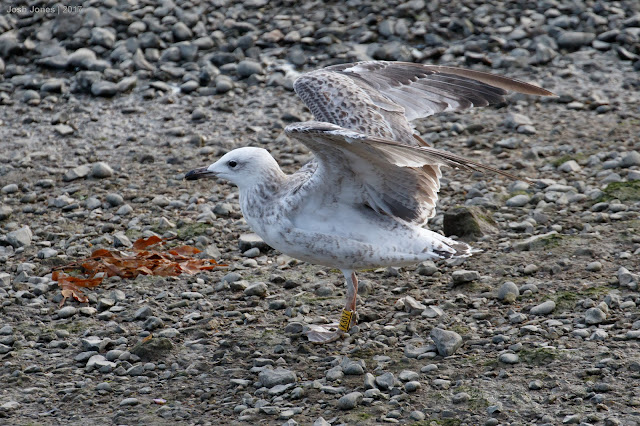 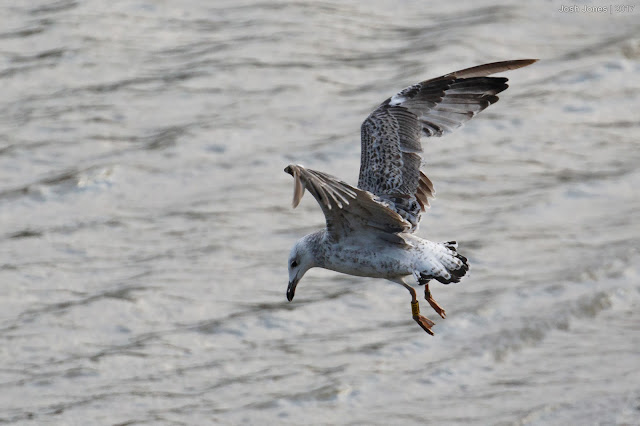 The second bird, first seen just two days after X307's appearance, was a more familiar face - 'G0UT', a Thames-ringed Casp that first visited this stretch of the Thames back in late March, a few days after it was ringed at Pitsea. Here are a few pics of it from back then. I'd say this one is a bit less impressive than X307, showing a few more hints that Herring Gull might be mixed in somewhere down the line. A few images from recent visits below, it seems pretty regular at the moment so here's hoping it hangs around here for a while. 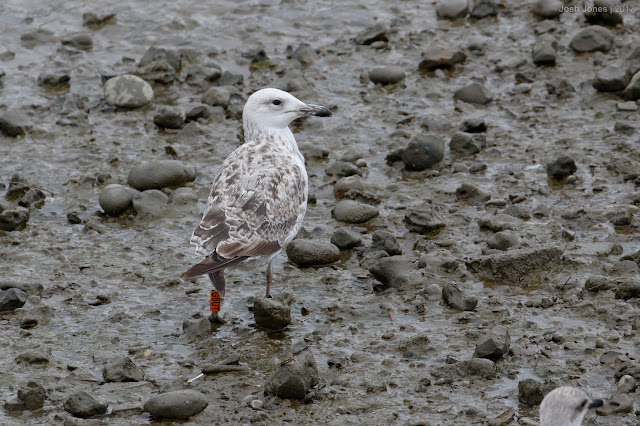 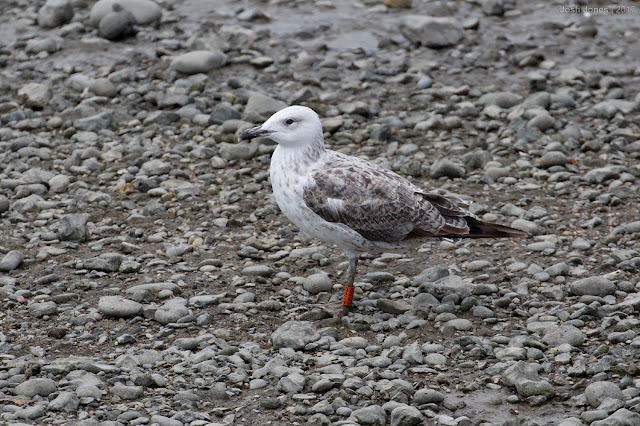 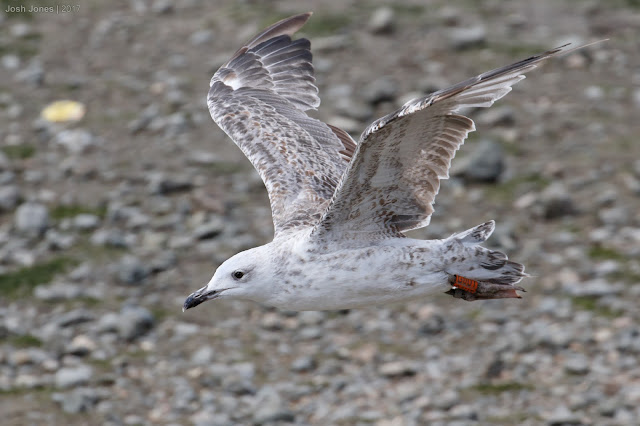 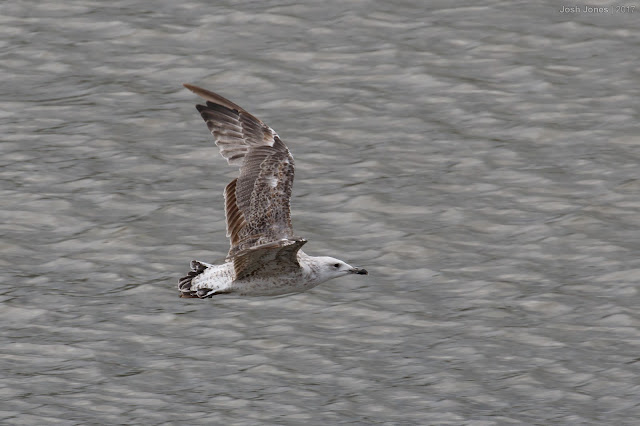 And a few bits of 'interest': 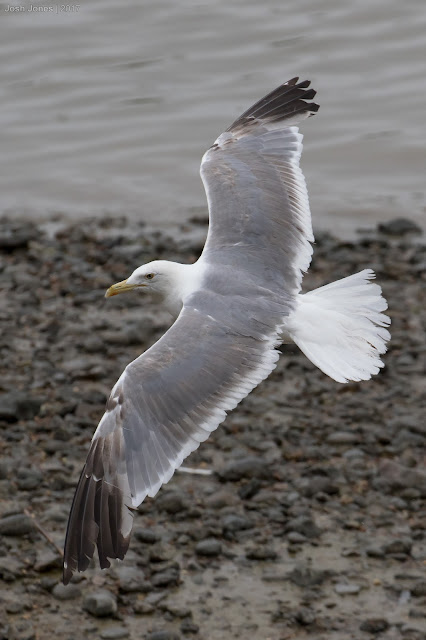 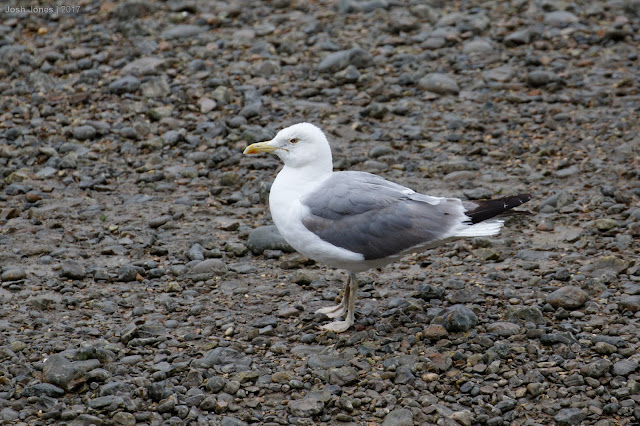 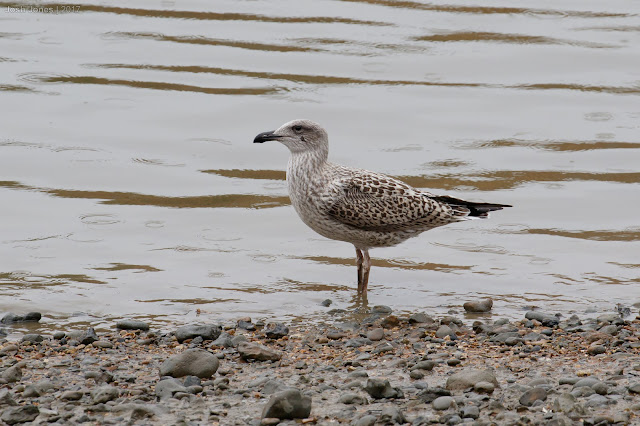 Juvenile Great Black-backed Gull, 29 July. This species must breed somewhere along this stretch of the Thames - I see at least one pair of adults throughout the year and two youngsters present last week were very fresh. There are usually a few immatures hanging around as well.