Another September flies by, and here are some of the highlights... 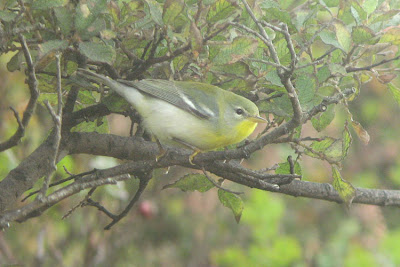 1st-winter female Northern Parula, Tiree Argyll; 28th September
A morning flight from Glasgow on the 28th saw us spend 24 hours on this beautiful, yet wild, island. In addition to the obvious highlight above Buff-breasted Sandpiper, scores of Lapland Buntings, and superb views of Otters made for an excellent first visit out here. 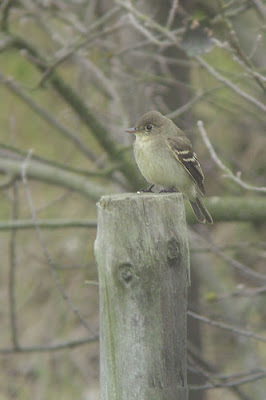 1st-winter Alder Flycatcher, Blakeney Point, Norfolk; 27th September
Following a busy (and heavy) weekend, I eventually emerged from a pretty grim hangover to tackle the point on the bird's last afternoon. Being very mobile and active, it was perhaps not surprising there was no sign the following morning. 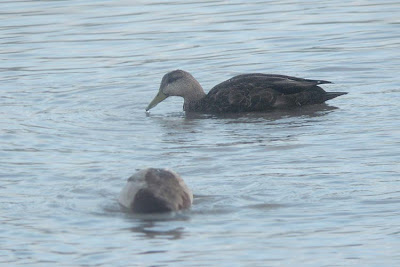 Adult drake Black Duck, Ventry, Co. Kerry; 16th September
A three-day trip over to Ireland over 14th-16th September yet again proved to be a general success. Whilst many of the sites around Dingle were quiet for birds, it was pleasant to see the Black Duck back near Cuan Pier after an absence of almost two years! 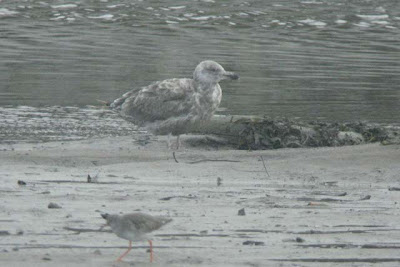 2CY American Herring Gull, Blennerville, Co. Kerry; 15th September
Although this bird is reported with some frequency (and has been since it first appeared in July), it can be very difficult to catch up with as its appearances are strictly determined by the tide. Low tide is essential, when it feeds in the channel upstream of the windmill, although it regularly disappears into smaller creeks for extended periods of time. High tide is a write-off as the bird seems to head off towards Tralee town over the period (where it goes exactly is still a mystery). In at least five attempts to see this bird, I've only connected twice. Photo is poor but at least illustrates how much the bird had moulted since August, and is now well on the way to acquiring a most striking second-winter plumage. 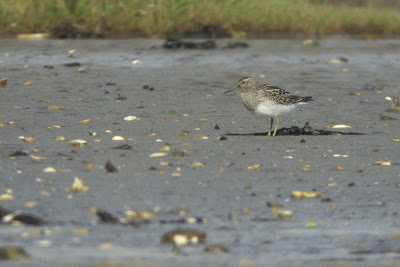 Juvenile Pectoral Sandpiper, Leam Lough, Co. Mayo; 14th September
An impressive first day in Mayo saw myself and Oliver Metcalf heading south to Dingle with high hopes for the morning of the 15th - in hindsight, we perhaps should have stayed and focussed on the former! This was one of a couple of Pecs seen on 14th, the other being a find on Achill Island (alongside 2 Buff-breasted Sandpipers). 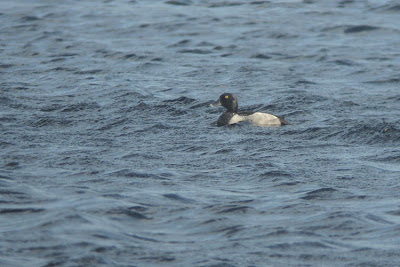 Adult drake Ring-necked Duck, Achill Island, Co. Mayo; 14th September
Our team found this bird back in late August, when plumage was much more drab (see older posts for a pic). Rapid moult has led to it acquiring a much neater appearance, and it won't be too long before this bird is back to it's breeding best. On this trip, the bird had moved to a small, crap-looking lough right by the R319 on the east side of Achill. It's still there as I write this (3rd Oct).
Posted by Josh Jones at 00:36 1 comment: