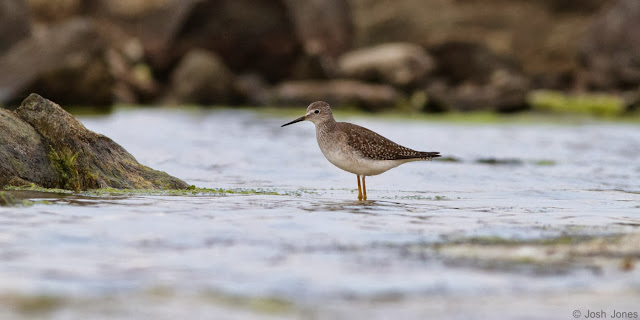 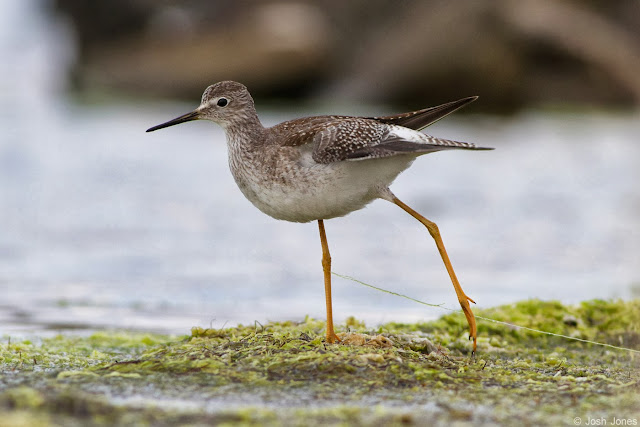 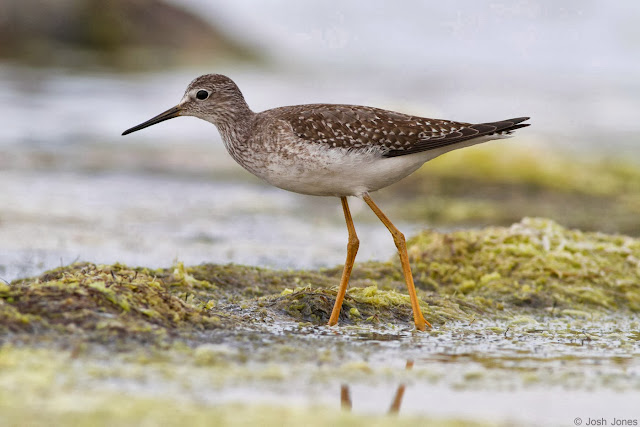 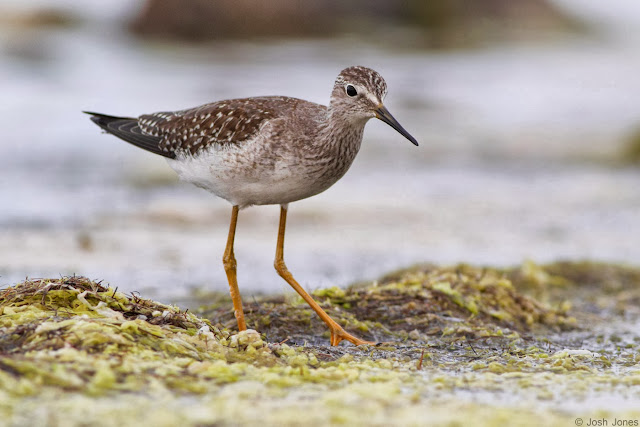 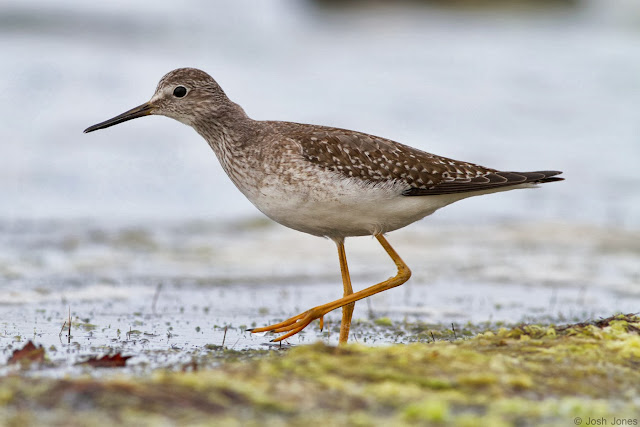 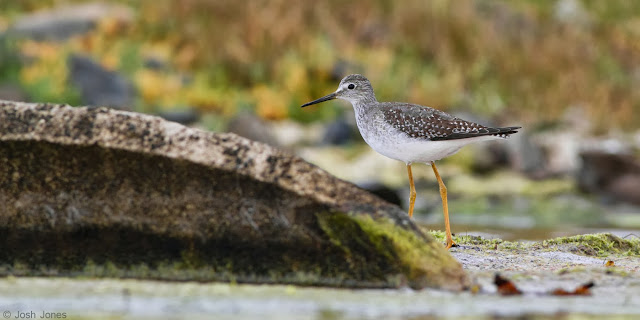 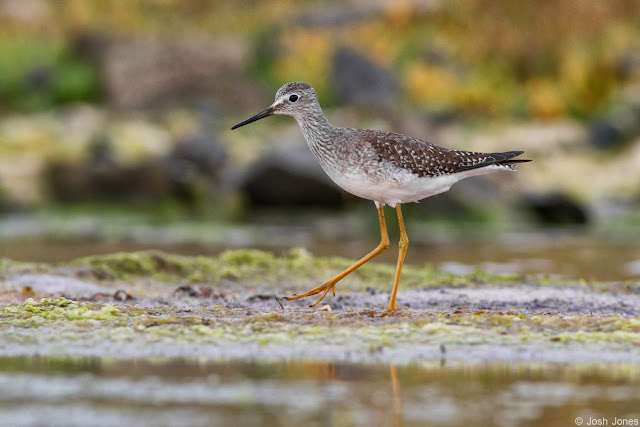 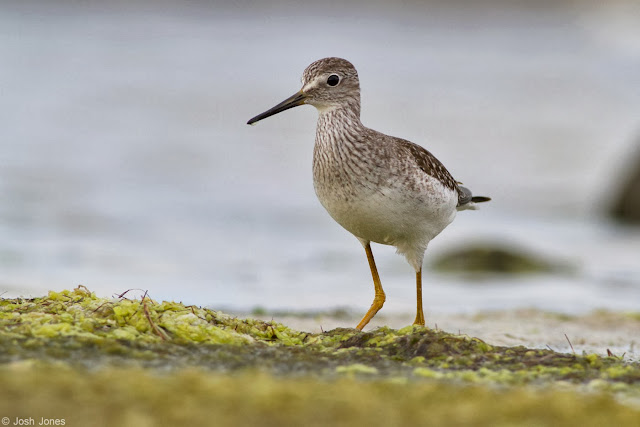 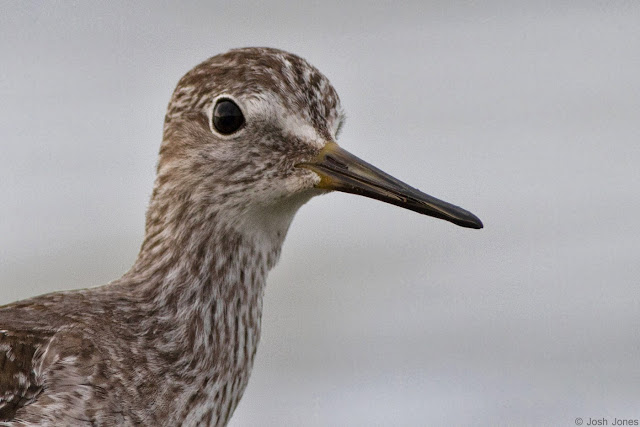 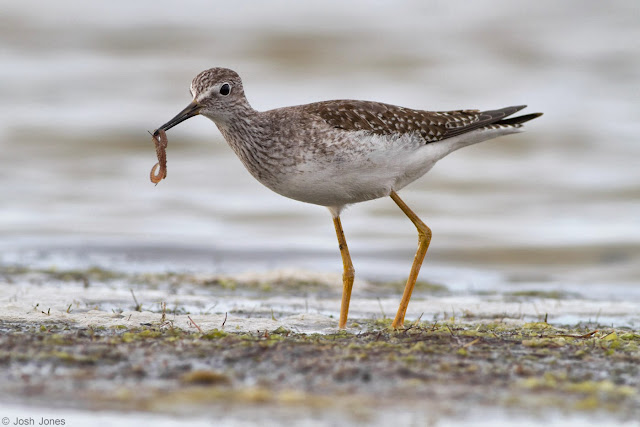 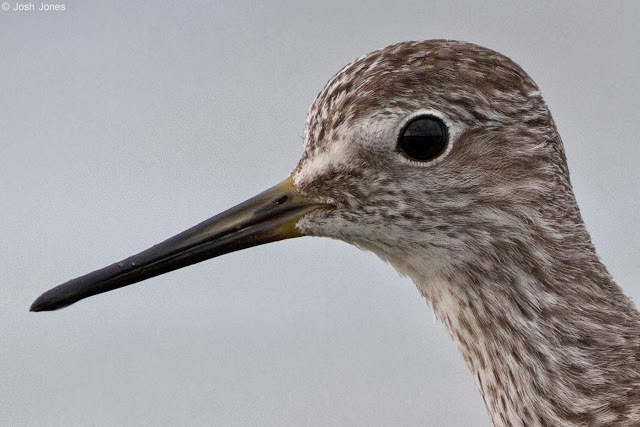 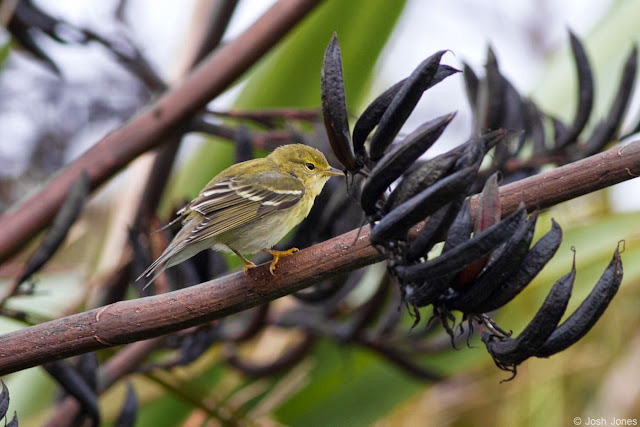 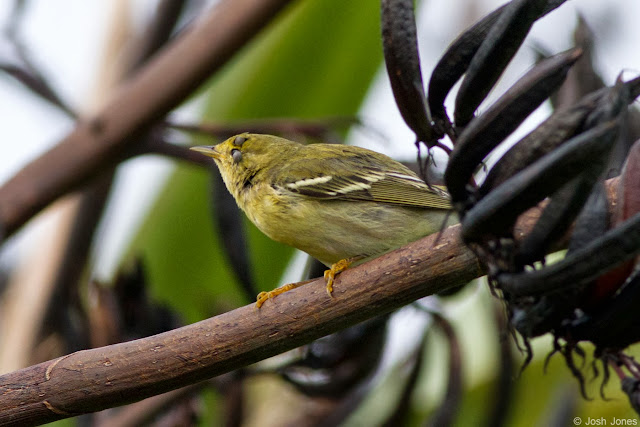 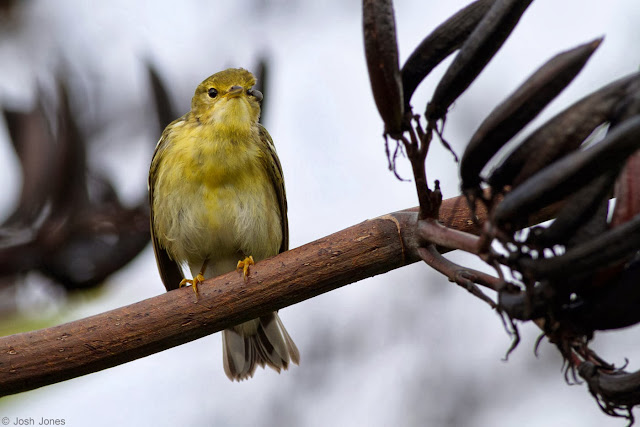 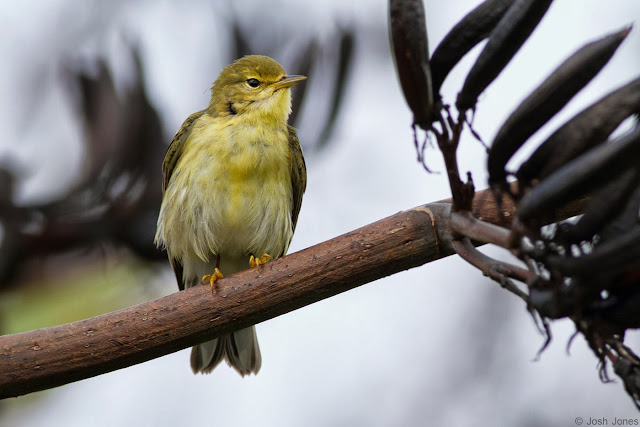 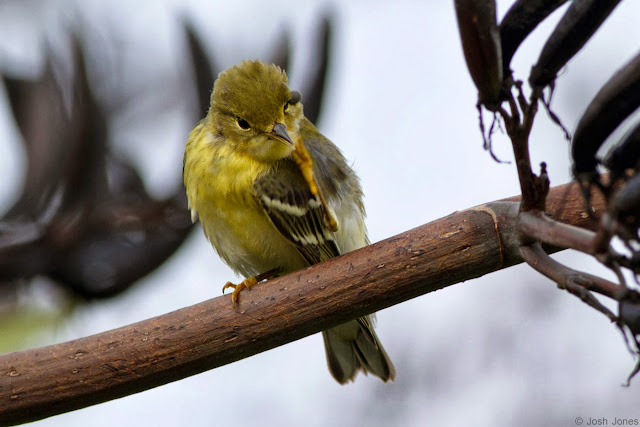 After just two-and-a-half hours on the island, we headed back off on a 15:30 ferry which allowed us time to take in the Lesser Yellowlegs at Ballyconneely. I'll do a separate post on that bird for it was a blinder.
Posted by Josh Jones at 00:02 No comments:

The stuff dreams were made of

Before I launch in to too much detail, I may as well just link to Rich Bonser's comprehensive summary of the weekend. It's not often you find yourself in the right place at the right time, but it couldn't have been much better for Rich and I on Friday night. Going through the motions as we embarked on the northward drive to County Mayo, our inane conversation was suddenly interrupted by Rich's phone signalling the arrival of a text message. One look from Rich and I knew shit had hit the fan - there was swearing, gesticulating as he threw his phone at me, and the car was turned around just south of Gort instantaneously. This had to be good. And it was - MEGA Cork WILSON'S WARBLER Dursey Island. Fuck a duck!

Despite plenty of logistics-based tension and stress early on, the day ended up running very smoothly. Foggy overnight conditions had kept the bird in place, though we only found this out just as we were getting on the third cable car of the morning. As such I was the first visiting Brit to clap eyes on this little yellow critter: 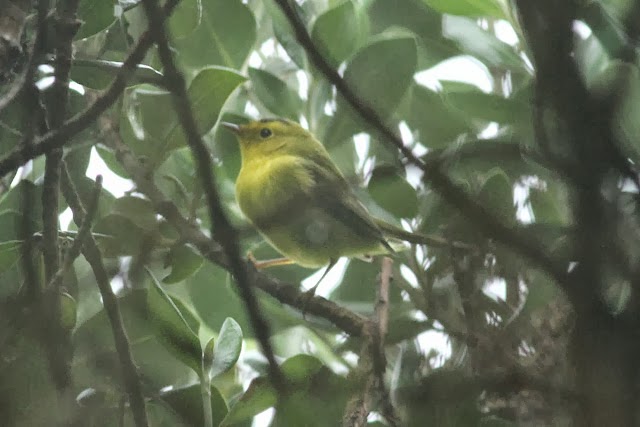 Wilson's Warbler (thanks to Bo for the pic)

Initially very elusive, it finally showed with some regularity from early afternoon once we'd sussed out the circuit it was feeding on. Nevertheless viewed were invariably obscured and brief, despite being at close range.

Back off the island for mid-afternoon, we headed up to the Iveragh Peninsula where the best we could do was a juvenile Curlew Sand with 18 Dunlin on the Derrynane Estuary. This site has never had a Nearctic wader - take a look at its position on a map and judge for yourself how ridiculous that is...

We ended up in Dingle where a couple of Guinness and fish and chips were the order of the day before bedding down in the scandalously cheap Smerwick Harbour Hotel (15 euro each including breakfast). Next morning saw us scoring a couple of showy Nearctic waders either side of breakfast - one of the Smerwick Pec Sands (until flushed by a pesky cow!) and the Ventry Baird's. First up was the Pec before breakfast: 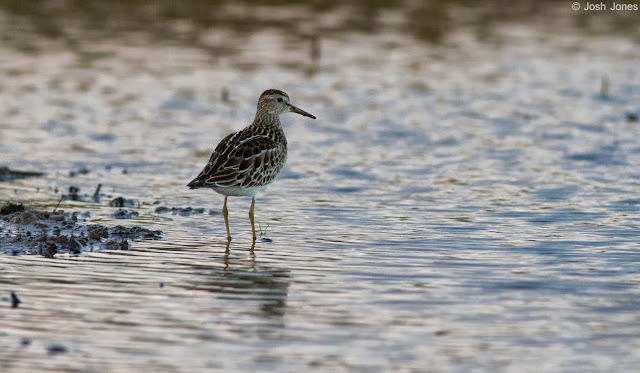 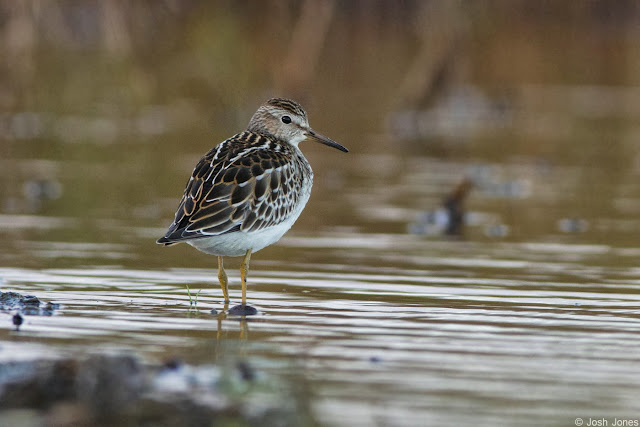 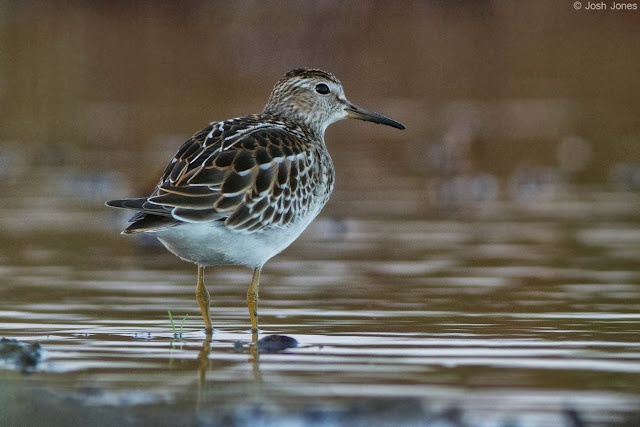 And then, after a full Irish, over for the Baird's: 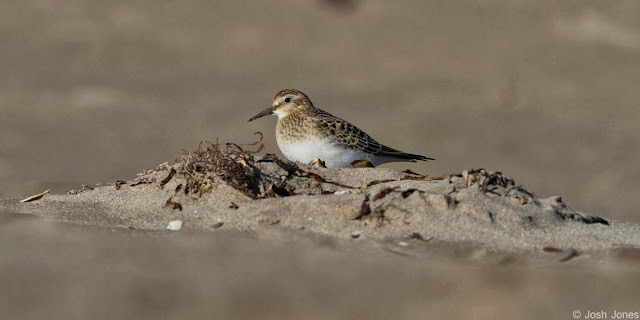 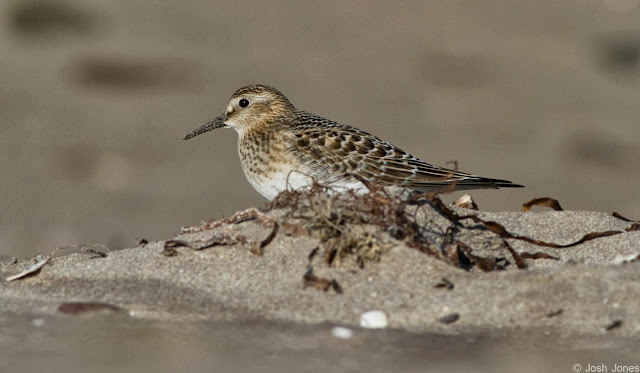 Before returning to the Pec to try and pap it in sunlight. We could have done so much better had it not been for the interfering bovine. 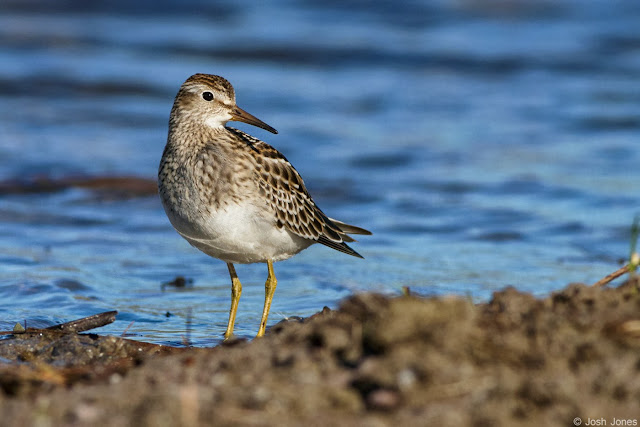 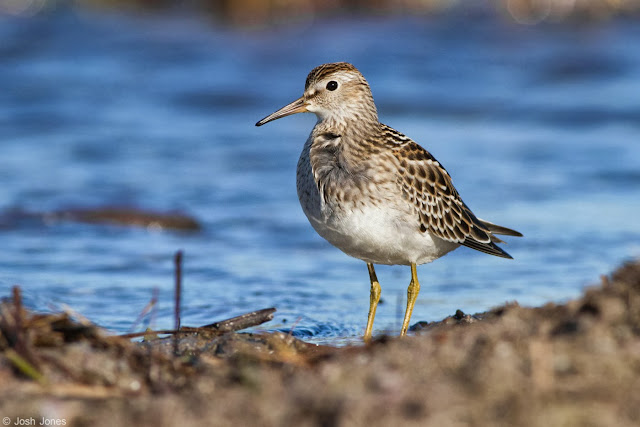 With news of the Elegant-type Tern forthcoming from Beale, we headed up there and enjoyed some decent views of it on the beach. Nice tern, big decurved conk with a rich orange base paling to yellowish at the tip - not the longest bill for elegans but within range. As Rich said, "it just looks like an Elegant Tern". I'll take that from someone who's seen them in CA, but who knows what's going on with these W European birds. Unfortunately, before we could get closer, it decided to bomb out in to the Shannon Estuary to feed, but did let us see its white rump and dark secondaries. Nice.

After being told that the Kilkee American Golden Plover was one of those that you could walk up to, we decided to end the weekend there. A quick crossing on the Tarbert ferry saw us in Kilkee for not long after 16:00, though the sunny afternoon had generated quite a lot of activity on the beach and there was no sign of the plover. Rich later picked it up on offshore rocks at several hundred metres' range where, despite the attentions of a dog Otter, it remained until we had to leave. That meant no crippling shots, by the way.

So, another fabulous weekend out west. You never fail to see something good on these trips and, despite not getting much proper birding/bird finding done, we saw some great birds. That Pied-billed Grebe will have to wait for my Achill list...
Posted by Josh Jones at 23:44 1 comment: 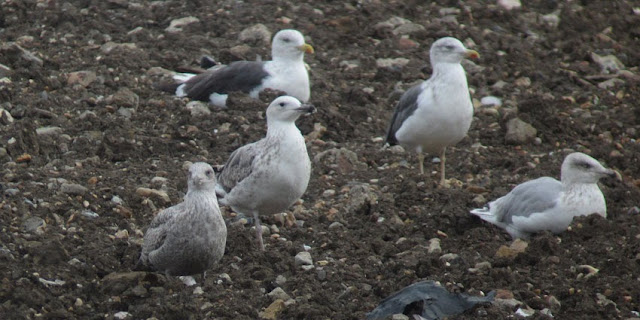 Second-winter Caspian Gull on the landfill at Rainham this morning - showed a lot better than this rubbish photo suggests. Also 35+ Yellow-legged Gulls this morning.
Posted by Josh Jones at 17:31 No comments: 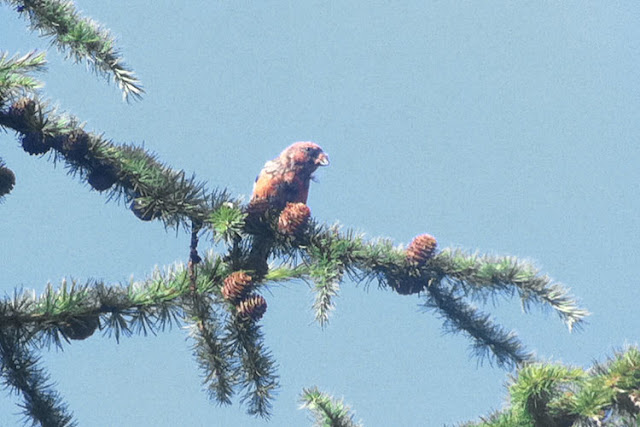 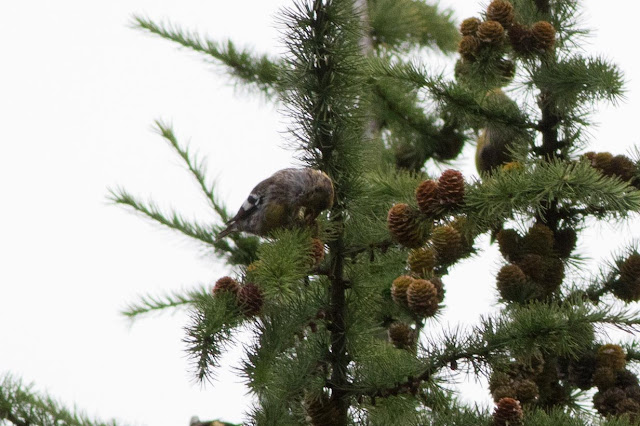 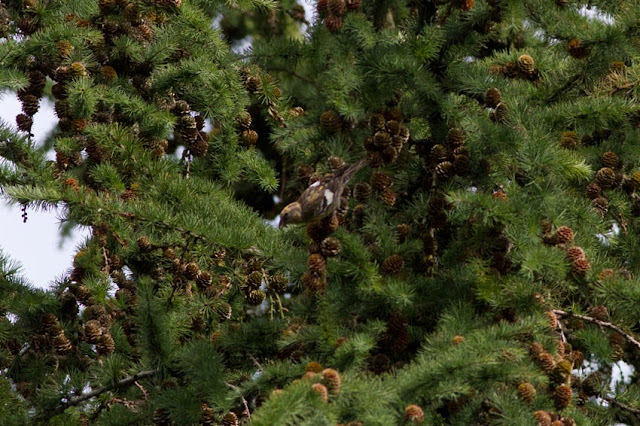 My guess is these must be the same birds that first turned up here in July. Coupled with an adult female that has been reported in recent days, it would make sense that these are the three youngsters now undergoing post-juvenile moult. Still, a really nice surprise and glad I called in - I nearly carried on home after initially missing the turning!
Posted by Josh Jones at 22:34 No comments: