Since Sunday, I have visited Pegwell Bay twice.

Round One
I left Lincolnshire with punter's-favourite Will Bowell at around 23:00 on Saturday 7th, arriving at Pegwell Bay some time just after 02:30. A few hours' kip were had, and the day dawned bitterly cold, windy and overcast - perfect for seeing what has been an elusive bird at the best of times. Sure enough, in the time we spent at Pegwell (until c.10:30), the Shitting Zisticola failed to show - the only saving graces being time to sleep in the car and an excellent breakfast butty from the car park cafe (more on that later). In fact, we didn't see much at all. From the comfort of the car, I had two Swallows fly south (I think my latest ever), and the dregs of the recent Woodpigeon passage were in evidence - c.200 went south. We decided we couldn't be bothered to hang around, and headed home. A quick diversion to Grafham Water (Cambs) produced three Great Northern Divers off Mander car park, two adults and a juvenile: 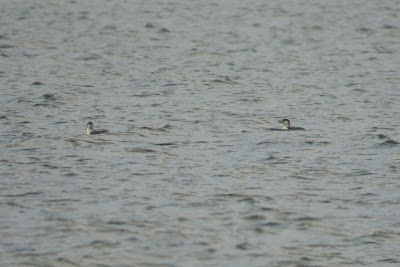 Adult Common Loons rocking around Grafham.
Just as I walked in to the door, out came the pager message - "Cisticola again showing well this afternoon". Bugger. Even more problematical was a possible female Siberian Rubythroat in Fife, but that one was soon scrapped when it was reidentified as a Bluethroat(!).

Round Two
Seeing that the forecast for the morning of Thursday 12th was very nice indeed, I decided late on 11th to head back down to Pegwell for first light. I arrived just before 04:00, and managed a couple of hours' sleep in the same spot at Saturday night. Up for 06:45, I drove round to the Jet garage, parked up, and walked south to the country park. First surprise of the morning was this: 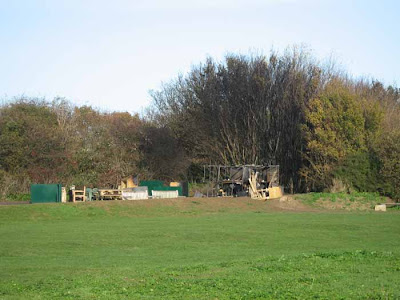 Local youths had decided to burn down the cafe overnight, ruining my chances of a substantial breakfast. Nevertheless, the sunrise made up for it: 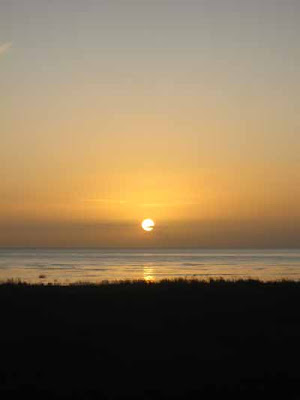 And sure enough, the weather was stunning. Sunny, flat calm and pleasantly mild - perfect conditions for searching for that little bastard bird. For the first hour or so, I was the only person on site - magic. A Water Pipit showed extremely well by the hide early morning, and a few scummy Ring-necked Parakeets flew over. At least one male Brambling showed well in a big finch flock in scrub by Shore Hide, as did 3+ Twite (one colour-ringed). However, by 09:00 there was no sign of the beast, although a few more A-team twitchers had shown up.
Rather than standing by the hide like a lemon all morning, I regularly walked up and down the seawall, going up to half a kilometre either way from the hide. This eventually paid off - just when I thought time was pressing and another dip was on the cards, out popped the Zitting Cisticola, announcing itself with a few chipping calls some 200 metres south of Shore Hide. Views were brief, but I don't recall ever being so excited by this species before. By the time I had called the other gathered birders across, the Cisticola had buried itself on the saltmarsh. Thankfully, it wasn't long before it lifted up again, but soon buried itself once more. After c.15 minutes of toying with us, the boy decided to porn it, sitting in pathside bushes and occasionally showing to 10 metres, calling regularly: 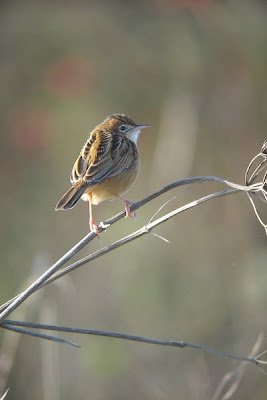 To be fair, it was a decent bird. Nice buff tones, and lots of arousing streaks on the upperparts. Sadly (as is often the case in the human world) the body was let down by a rather plain-looking face which looked like it had taken a few hits over time. Still, a great relief to see it on a such beautiful morning with a decent supporting cast and in pleasant settings. Dare I say it, but I actually enjoyed myself, and even made it back to Sheffield for 13:30!
Posted by Josh Jones at 14:34 7 comments: 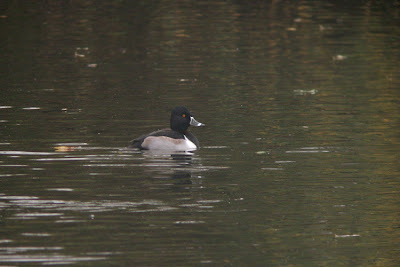 Blast from the past: 2 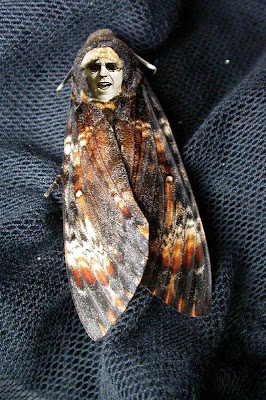 A couple from the archives.
Posted by Josh Jones at 21:19 No comments:

On 28th, a Greenish Warbler was discovered lurking on the Lizard, Cornwall. My initial reaction, given that time was pressing on, was to suspect that this had a good chance of being something considerably rarer. So, it wasn't all that surprising when whispers suggesting it was a Green Warbler started to float around the birding community. Following a bit more gen, it seemed a trip southwest the following morning was not necessary, with nitidus seemingly being ruled out by many observers. Things took a twist during the afternoon and evening of the 29th, with newer news filtering through that numerous features fitted Green better than Greenish. Always looking for an excuse to drive long distances, I soon decided to get down to Church Cove for dawn the following morning, and hopefully make my own mind up on the warbler.

The journey was a long one, including a 100-mile detour down the A1 to pick up Watford's keenest, Mick Frosdick. We finally rolled up at Church Cove at around 05:00, with sleep deprevation ensuring I was snoring within minutes of arrival. What was slightly perculiar was that ours was the only car present... a little odd for a potential second for Britain perhaps?

The day dawned much as it had been on the drive down - dense fog with occasional drizzle. Mick and I were the only birders from dawn until around 07:45, when Team Bonser arrived. Still, not exactly the sizeable crowd we half-expected. There were a fair few birds about, with a Siberian Chiffchaff and Yellow-browed Warbler in and around the churchyard. It was not until around 08:15 that the Green(ish) Warbler turned up, announcing itself with a series of bog-standard trochiloides-type calls. It went on to show well: 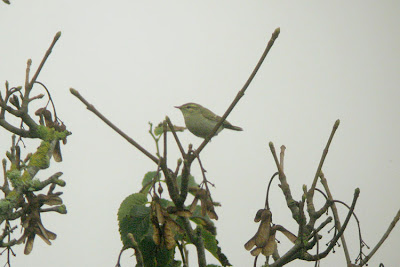 Certainly an interesting bird that I'm glad I went for - really bright and fresh for a Greenish so late on. Upperparts were bright green with a broad greater covert bar; supercilium and throat were bright lemon-yellow, with a yellow wash to the flanks and (less so) the undertail coverts. More than one person commented on how it superficially resembled a Wood Warbler in colouration. A couple of Black Redstarts and a late Pied Flycatcher also showed up.

With news of its continued presence, Mick and I moved on to St. Levan where the Radde's Warbler eventually performed fairly well in thick scrub up the hill from the turning circle. A long-awaited lifer, it showed a typically strong ochre-tinged supercilum and underparts, dark brown upperparts, bright yellow legs and a broad bill, but remained elusive in poor weather. Unfortunately, I failed to enjoy it quite so much as I should have done as I managed to reverse into the 'collection box' in the 'car park', creating a few sizeable dents and scratches in the back right corner of my car. Bugger. The journey back to London was a tedious one, so staying with an old school mate in Epsom was a welcome relief from the crap that is Britain's road network.

Next day dawned bright and sunny, and after sleeping/pissing about in Epsom for much of the day, I eventually found myself at Staines Moor for late afternoon. The first-winter Brown Shrike was showing as I arrived, so I lifted my bins up to admire it for a few seconds - reddish-brown upperparts, dark facial mask and scaly underparts - nice. Pleased it was still showing, I decided to move to a position where the shrike would be unobscured so I could study it further and take a few images. So, I did. When I looked back, the little shit had done one - nor did it resurface before I left just after 16:00 - presumably it had simply gone to roost. So, after the ridiculously distant male at Flamborough last autumn, I still haven't had particularly good views of the species in Britain. But then again, at least it hung around for me to actually see it (albeit for about 5 seconds) before sacking it off for the day. Regular parties of Ring-necked Parakeets were flying over, making a horrible racket as they did so. A couple of Stonechats were happily flitting around the river, blissfully unaware that they will presumably become shrike food as the insect population dies off for the winter...
Posted by Josh Jones at 23:15 No comments: