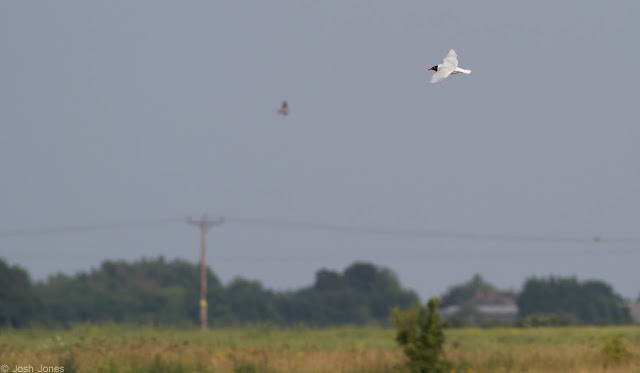 I think I say it just about every time I blog about them, but adult Med Gulls are great. They're preposterously good-looking and sound the business too. On my old stomping ground around the pits at Langtoft, a pair or two can usually be found kicking about among the throng of breeding Black-headed Gulls every summer (though never yet confirmed breeding). That said, it's always great to actually see them and thus I was pretty chuffed to find a pair loafing around on one of the new roadside pits over the weekend. Disappointingly, though, there were no youngsters in tow despite some suggestive behaviour - for example, I got out the car and they decided to fly around my head, calling. Friday was a hot day, and the bird is actually panting in both images below, not exercising its vocal chords. 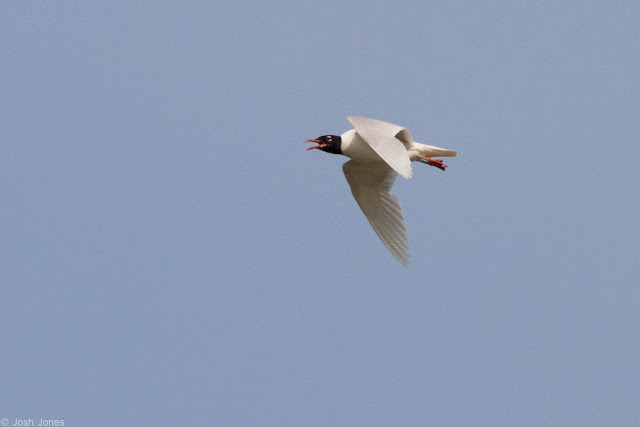 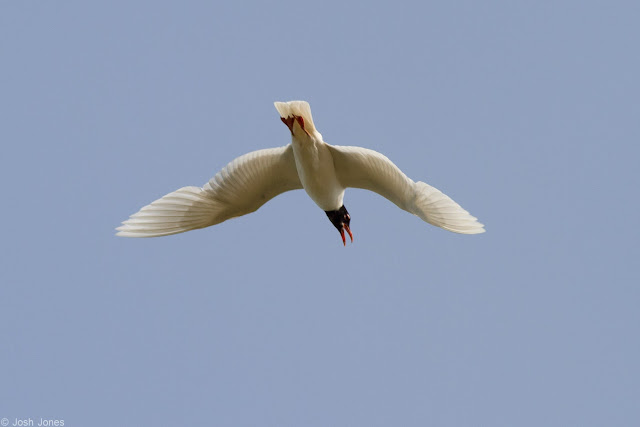 
I've been told by a number of people that getting in to orchids can be a dangerous game. As Mr Lowen said to me once, "you think large white-headed gulls are hard? Wait 'til you get in to dacts!". I laughed it off. I'd seen some strange looking creatures down at my dad's old place in Kenfig, and thought I was well prepared for problematic Dactylorhiza-types. Then, while at Holt Country Park in Norfolk over the weekend, this 'thing' appeared in front of me and left me flummoxed: 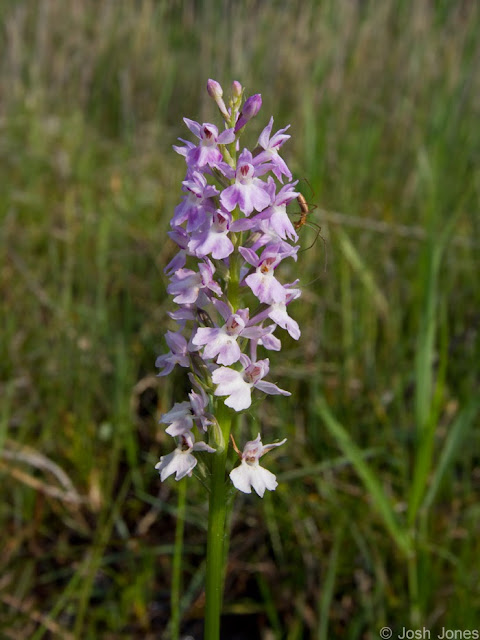 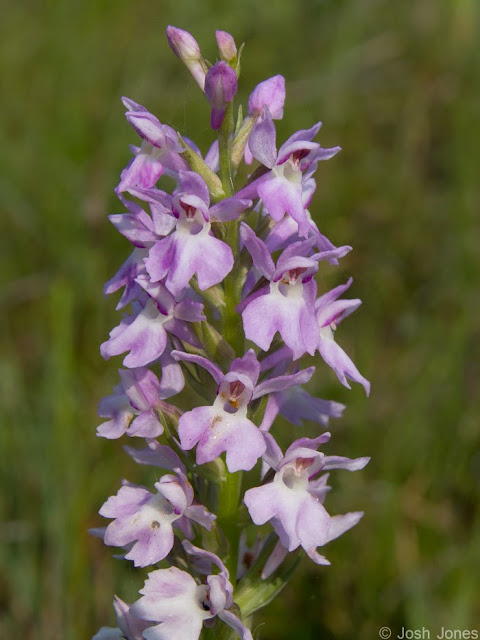 The plant was in a marshy area at the bottom of the country park's heath area, among many hundreds of Common Spotted Orchids. At a first glance I presumed it to be a Fragrant Orchid due to the lack of spots on the leaves and flowers but, to me, the size (huge) and shape of flowers is not right. The shape and structure is kind of reminiscent of Common Spotted Orchid, but the obvious lack of spots (and the overall flower structure) are not quite there.

So, is it a Fragrant x Common Spotted Orchid? I'd be more than interested in others' thoughts!
Posted by Josh Jones at 14:34 4 comments:

It's been a breathless couple of weeks, and I haven't yet had chance to share a few photos from Collared Hill on 28th June. Large Blue proved really difficult and it was only within the last five minutes of our 5-hour visit that we finally scored. 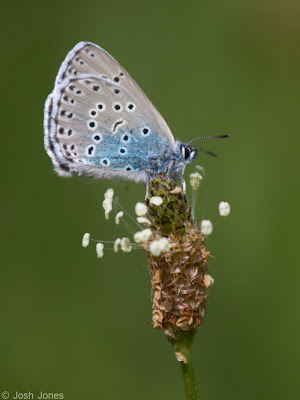 Also seen were a few Wasp Orchid spikes along with a more typical Bee Orchid. 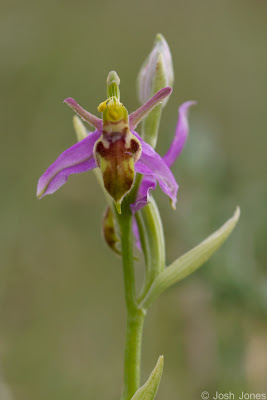 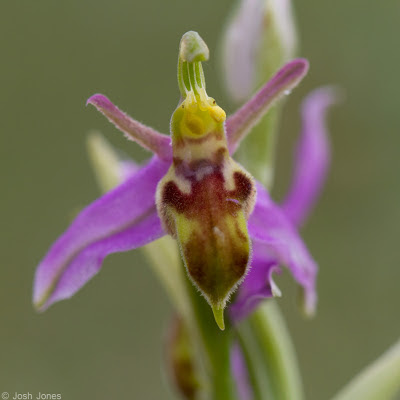 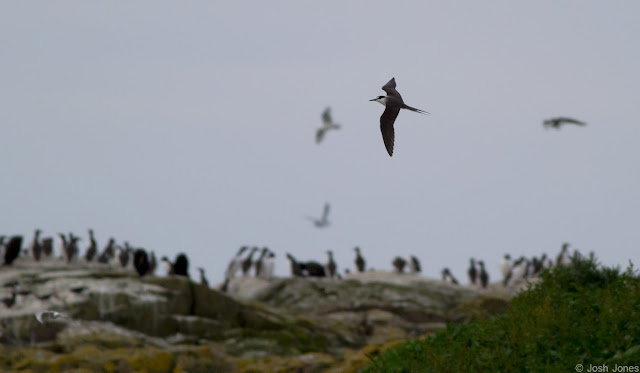 Bridled Tern with a backdrop of auks - an Inner Farne special

This summer is starting to get a little crazy. The Pacific Swift was great - a real June mega that was supposed to cap off a decent spring (at least for ticks) and keep us pumped until September arrived. Then last week came the Needletail. Two monster swifts unleashed in ten days - had that really just happened?! Then, six days on, I'm sat in the office at work and Dom calmly relays a tweet to me "Bridled Tern... Farne Islands"!

This was getting too good to be true. Another bird out of the top drawer. Of course, no one had got near this particular bird yet and, after just twenty minutes, it had flown off. But we knew that a Bridled - not accessible to the masses in Britain since 1988 and thus a similar calibre of 'blocker' to both the recent swifts - was in Northumbrian waters. Some went that evening, and scored crippling views of the bird when it flew back in at around 18:30, roosting among the local Arctic Terns. Others, like myself, were consequently spurred in to action by the bird's reappearance and organized a boat out of Seahouses at 06:00 the following morning.

Superb overnight driving from Pegden had us in the harbour car park as first light was breaking. Rich tried to scan Inner Farne at extreme range while the rest of us just dozed. 06:00 came around soon enough, though, and we were quickly on our way towards the island with around 30 others. Plenty of familiar faces but some new ones too - plenty of youth out in force today.

Arrived on Inner Farne at 06:30. The bird was showing instantly, giving a fabulous mix of crippling flight views (to less than 10m) and more extended looks as it perched on rocks. It also serenaded us with its peculiar gull-like call on several occasions. Sadly, though, the party was soon over and the bird headed off out to sea at 06:45 - before I'd a) got some nice shots and b) been fully satisfied with watching it! 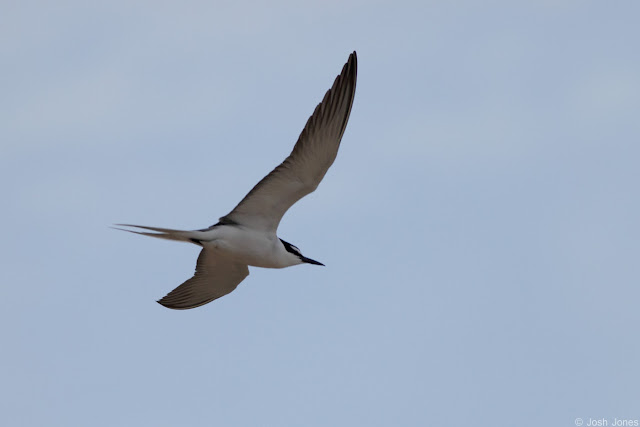 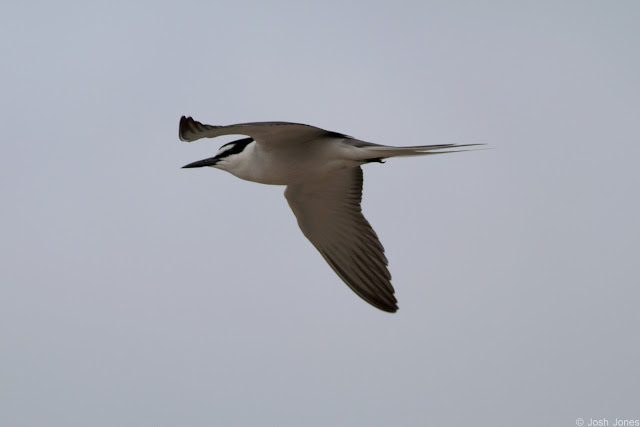 It was hard to complain, though. Could the bird have chosen a better location?! Embarrassed to say that I'd never been to the Farnes before. I'll definitely be returning! Arctic Terns were everywhere, with many feeding youngsters: 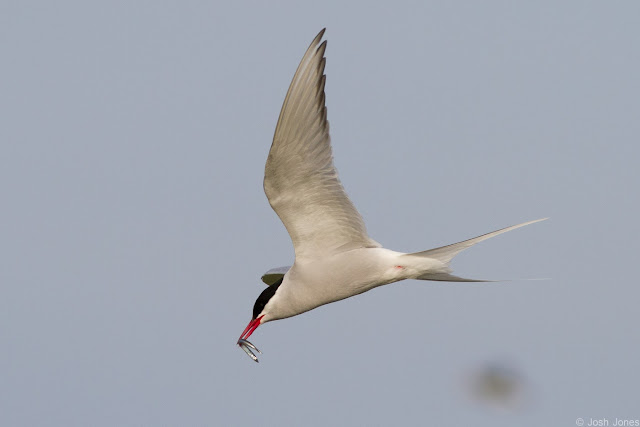 Puffins were also commplace, and seemed to enjoy perching on buildings: 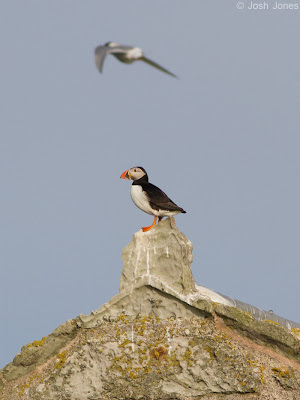 Great views of Bamburgh Castle en route back to the mainland too. We docked at 08:00, got involved in a cooked breakfast in a local cafe and then began the drive south. More top driving from John despite the rest of us nodding off and I found myself back in London by a little before 16:00. If only they were all so straightforward!

Now, surely that is it for the summer! Or will there be a Red-necked Stint? Or something rarer?! I guess the way things seem to be going right now, you just never know.
Posted by Josh Jones at 22:46 1 comment: