As I type this the wind is absolutely howling outside - the storm is well and truly here. Looking at the forecast this isn't even a patch on what's coming in on Thursday!

So it's all very exciting being on a tiny island in the mid-Atlantic when the wind is blowing like this. Surely the birds will come? It's been surprisingly quiet today despite intensive coverage. The east side of the island is nice and sheltered, particularly at lower altitude, and the occasional sun today gave us hope that there'd be a few new discoveries. As it turned out Pierre's Northern Parula in Lapa late afternoon rescued a generally disappointing day (though I didn't see it). Three White-rumped Sandpipers and a Wilson's Snipe crash-landed in the old harbour were also new in.

Earlier in the day, the Wilson's Snipe that I'd photographed on Sunday was seen again around Fojo and later Poco de Agua. We chased it round for a bit attempting flight shots before leaving it be. The under and upperwing only confirm it as a classic Wilson's Snipe; sadly my handful of pics are awful (in poor light and at distance) but others managed far better of the underwing especially. Still, you can get an idea of the restricted white on the secondary tips from the image below - as well as the heavily barred outer tail feather if you squint hard enough. 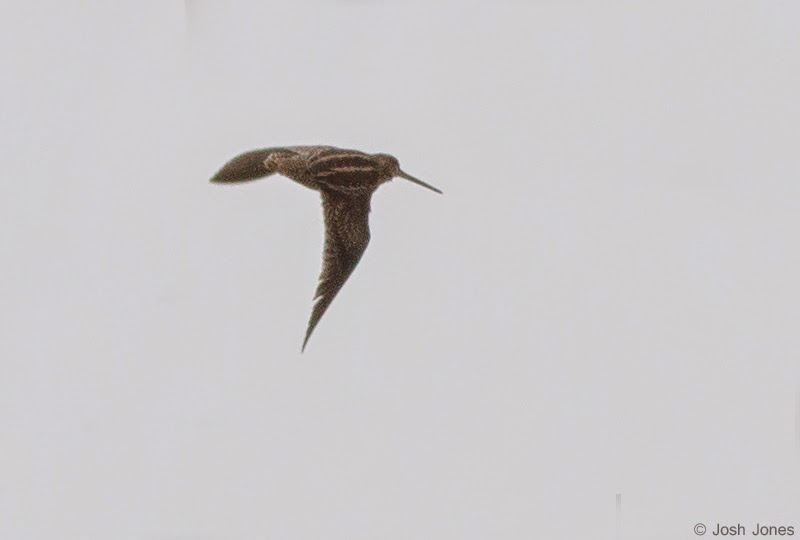 Hopefully more news to bring you in the next few days. Currently looks touch and go with regards to getting off the island on Friday. High seas today. 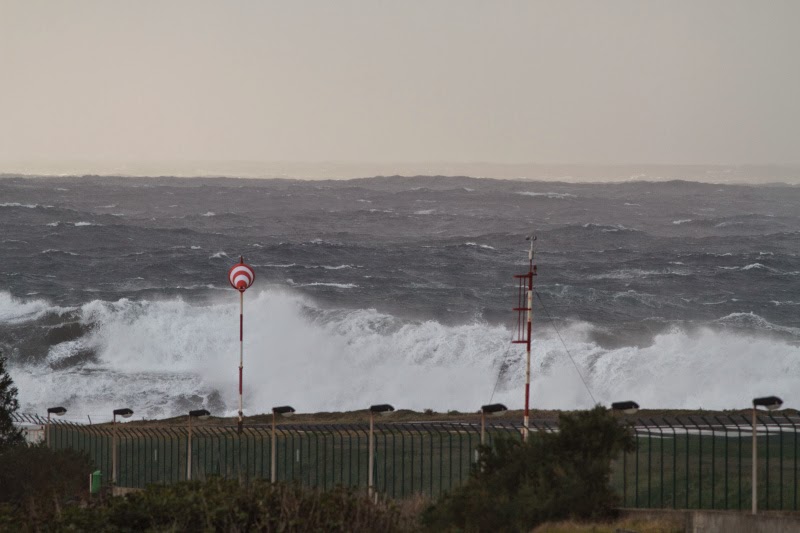