Grim times today. Started off at the Lighthouse Valley with the rest of the new arrivals, and very quickly saw the Snowy Owl. The poor thing must be in a terrible state - it's missing most of its flight feathers, was soaking wet and (according to Darryl) makes a horrible whirring noise when it flies. So, while there is no denying that Snowy Owls are generally beautiful, regal birds, I couldn't help but feel a little underwhelmed by - and frankly quite sorry for - this altogether mouldy looking creature as it hopelessly flopped around the cliff top. Apparently when found on Sunday it was eating an Azorean Gull - if it's got to that stage, then it must be desperate times. Would be nice if someone could catch it and take it back to Canada but I suspect it'll be dead if it ever allows such a close approach.

And on that cheery note, it's worth rounding up my sightings today. The highlight was a seawatch off the windmills late afternoon which was pretty meagre in its offerings: a single Great Shearwater, a very distant Oceanodroma (Leach's/Band-rumped type) and the baffling sight of a Sooty Shearwater chasing Azorean Gulls around just offshore.

On the land the greatest excitement came from a (Common) Kestrel above the village late afternoon. Goodness knows how or why that's here. Otherwise my yomp around a number of difficult-to-reach and no doubt so far unchecked sites on the east side of the island produced... yes, you guessed it. Nada.

I did see this though - Corvo tick! 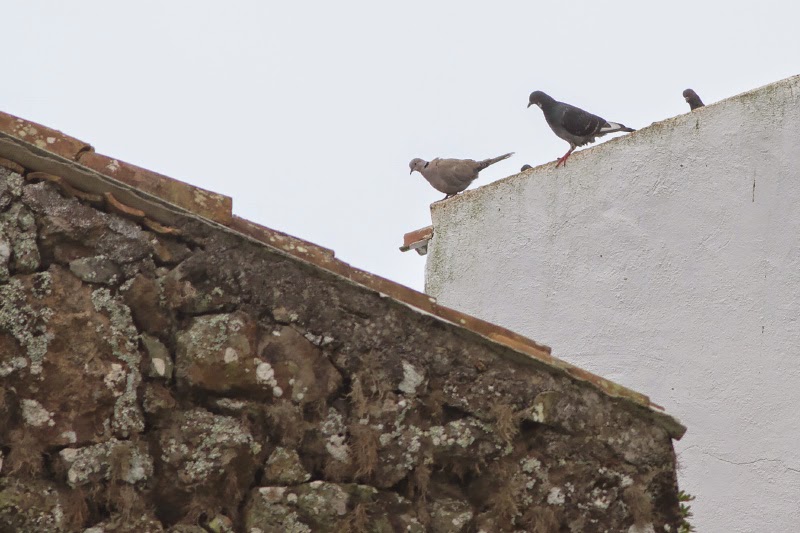