Angel from the North

Spent my first proper morning in some time down at Dogsthorpe Tip today, primarily targetting Caspian Gulls and any Yellow-legged Gulls that might still be hanging on from the annual summer influx. As I was driving to the tip, I thought about the mini-arrival of white-winged gulls that seems to have happened in the far northwest over the past week or so - perhaps this year is going to be a bit better for them after two incredibly lean winters?

What didn't occur to me was that I'd find one today in Peterborough, but that's exactly what happened. Naturally, there were a few expletives when this massive white apparition emerged from amongst several hundred large gulls in fields south of the tip: 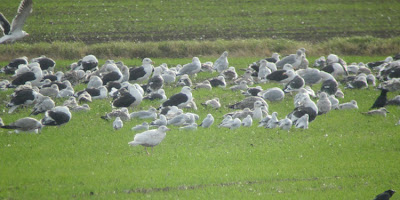 A monster of a second-winter Glaucous Gull; by far my earliest ever in the Peterborough area (I've never seen one before December) and one of very few around in England right now - I can't recall many aside the 'resident' birds in Kent and Devon...

Soon afterwards (this was c.10:30), most of the birds got up out of the field and dispersed, many heading for the tip but some elsewhere. In the following three hours of grilling the tip, I couldn't relocate the ghostly beast but did score a single 1st-winter mich, as well as one or two interesting looking gulls below: Dark and smudgey 2w Herring, with dark coverts and chocolatey tertials - if it wasn't for the structure, tail and UTC/rump pattern then one could almost look towards 2w Azorean Gull, which do come this dark pretty regularly. 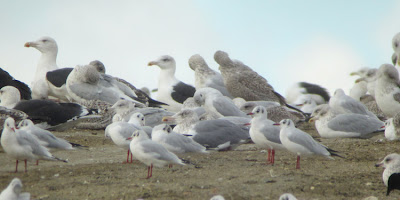 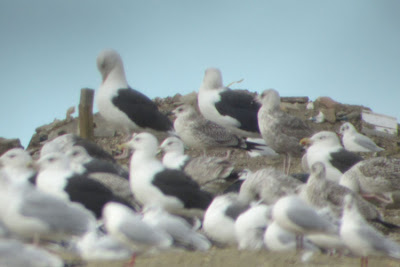 Juv/1w Lesser Black-backed Gull, presumably intermedius as perhaps a little large and long-legged to claim a candidate fuscus; only saw this thing briefly so hopefully better luck with it later in the week. 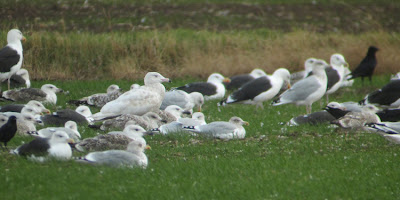 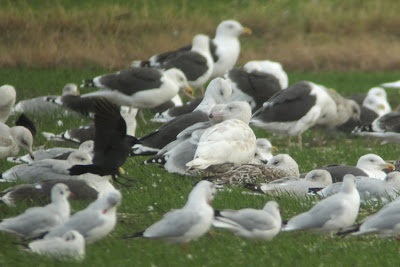 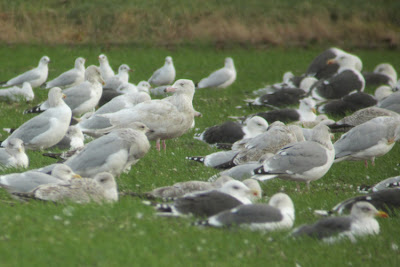 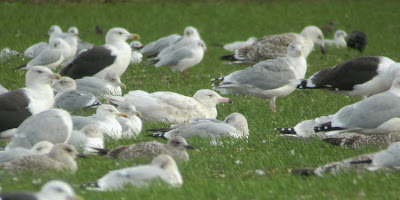