Today was filled with optimism in the wake of the previously-mentioned small depression passing to the north of Corvo. Alas, alot of work by us and others today but no new birds! Today was supposed to be spent in Cantinho and Cancelas, but on arrival it appeared weather was clear at higher altitude - finally! So, first stop was the Caldeira. 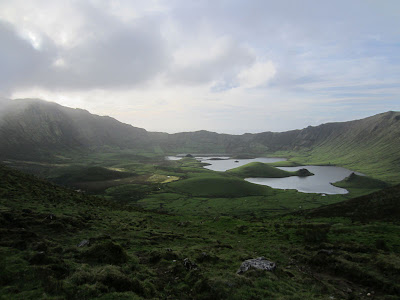 And what an amazing place the Caldeira is. Geographically-stunning, as well as offering a unique habitat on Corvo - expansive fresh water with shallow margins - we're talking waders, ducks etc. Pierre and I ended up doing two 'laps' of the crater and the lakes within; highlights were a very nice adult drake Black Duck with 25 or so Mallards (and a few hybrids), a 1st-winter Lesser Yellowlegs, a Lapland Bunting and 9 Black-tailed Godwits as well as a Pintail and a Shoveler. By midday, we had all but exhausted the area and left Bosse and a few others to it. Talking of exhausted; if you want to feel that way, go to the caldeira. It knackers you out, especially the climb out afterwards. 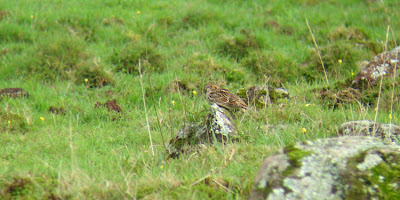 Lapland Bunting in the crater 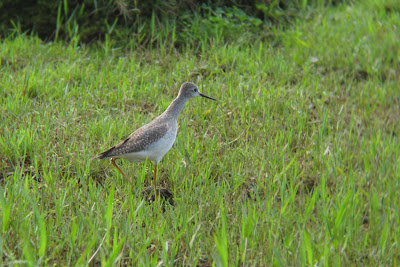 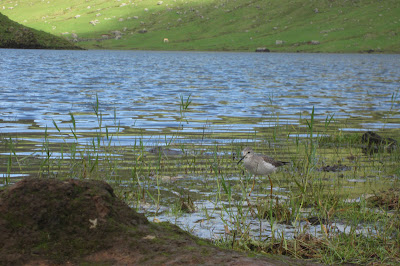 We then traipsed down the hill towards Cantinho. A couple of hours in the valley were rewarded with the Northern Parula still present in exactly the same spot as last time. Not calling today, but lots of bill-snapping made it easy to pick up in the still and sunny conditions. It responded well to the tape too, and I even managed the appalling digibinned effort below: 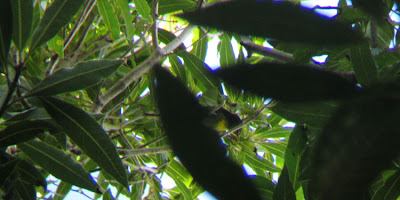 By this point, Vincent had radioed in that the juvenile Marsh Hawk (Northern Harrier hudsonicus) had been showing near the Lighthouse Valley before heading up towards Caldeirao. Having not seen any of the variably-convincing candidates around Britain and Ireland last winter, I was pretty keen to get back up there and give it a go. So, off we went - back to the crater for the second time in a day. Basically, the bird eventually showed quite well to me (but not to Pierre, he will be going back tomorrow): 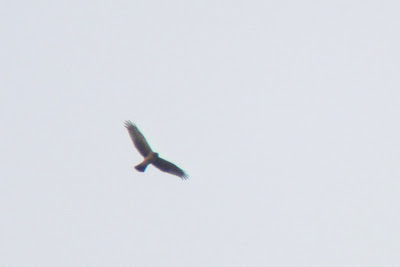 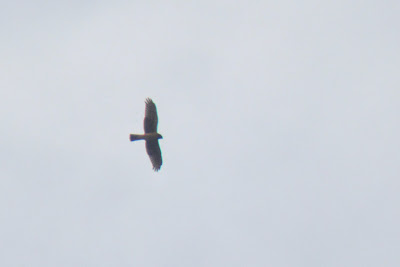 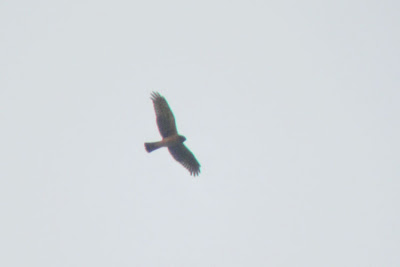 I then walked back down the hill to the village. Needless to say, after three laps and two climbs out of the caldeira as well as a bit of Cantinho, I am sapped of energy. I'm feeling pretty sorry for my feet, too.