Following on from a direct flight from Gatwick to Sao Miguel the previous evening, I found myself on Terceira first thing this morning thanks to an early flight from PDL. As the skies brightened (by that I mean from black to an ominous blue-grey), I ambled down the hill towards Praia da Vitoria full of typical first-morning enthusiasm. There are, it seems, two inevitabilities in an Azorean birdwatching adventure. The first is that you will get absolutely soaked, and the second is that you will see a species of Nearctic origin. I debated which of these would come first today as the skies darkened once more and the northeast wind (not ideal direction!) got stronger.

As it turned out, the latter came first in the form of a (relatively) smart female Blue-winged Teal wallowing around amongst the Muscovies at Paul da Praia. Not quite on a par with the half-dead juvenile seen on Scilly earlier this autumn, she was rather wary and just a few seconds were enjoyed before she bolted off in to the sky.

I didn't have to wait long for the soaking, though. Just a few minutes later the heavens opened as I conducted my first scan of Praia harbour, although through steamed up bins there seemed to be a fair few Common Terns bombing about the harbour. It took a while to get around to the fishing port (I spent around half an hour hiding behind various objects to avoid several nasty squalls), but on arrival a couple of decent bits were picked up - a 2cy Great Black-backed Gull amongst the Azoreans and two adult Roseate Terns giving stunning views at times amongst the Commons - wasn't expecting those so late on here. 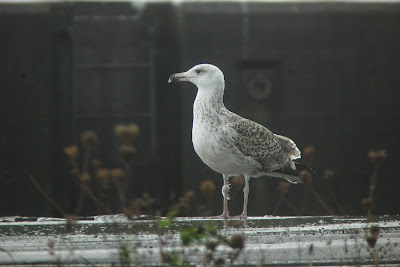 With a more extended break in the weather now prevailing, I moved round to the notorious Cabo da Praia quarry, where I met Mauris, Per and Thomas. Amongst the gathered waders were 3 adult White-rumped Sandpipers, 2 juvenile Semipalmated Sandpipers and a juv Pectoral Sandpiper - not exactly ground-breaking but decent enough. There was also a female Common Teal-type present, which looked rather interesting with a strikingly contrasted head pattern - presumably a Green-winged but better views need.

Mauris was very kind in that he offered me a lift as he was the only one in his car. So, off we went up towards the Lagoa do Junco area to look for Killdeer (via a quick look at the Roseate Terns in the harbour). The weather was still squally and in the time we were out the car here, I must have got soaked and dried out again about three times! No Killdeer nor Wilson's Snipe on the pool near Posto de Radio Americano, but 5 juvenile Pec Sands were impressive. A teal sp (again probably a Green-winged), a Greenshank and a Common Snipe were less so.

Keen to get out of the squalls and low cloud, Mauris and I headed back down to Cabo to re-check the quarry. The White-rumped Sandpiper flock had risen to four, a juvenile Ruff had popped in, and I heard a Semipalmated Plover. With the sun out the sandpiper photo opportunities came: 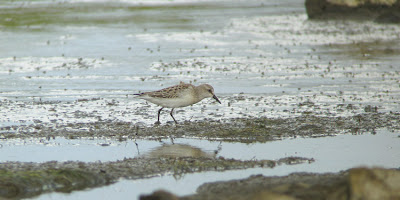 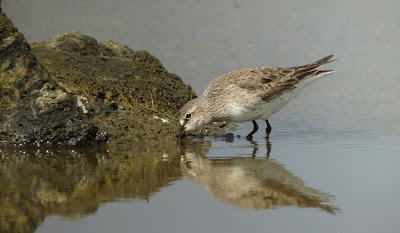 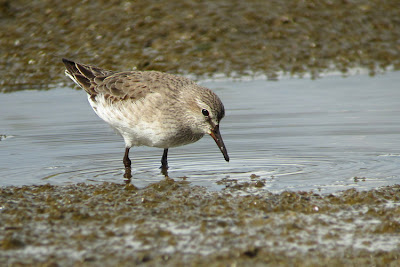 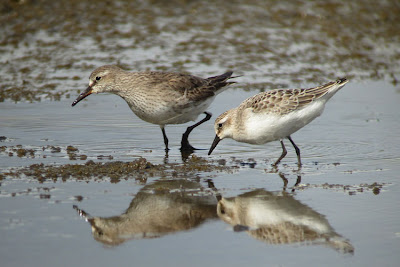 Followed quickly by a Semi-p Plover which was not the juvenile Mauris had photographed the previous day; looks more like the usual(?) adult: 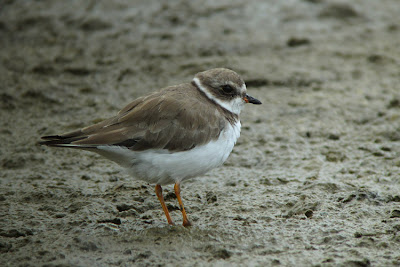 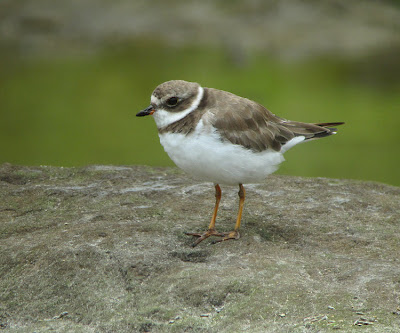 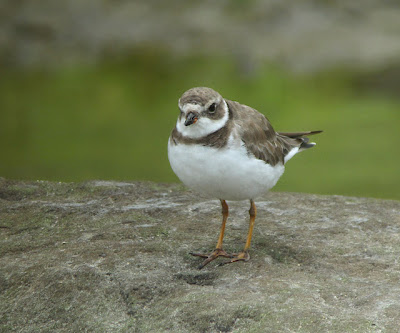 Our next stop was Cabrito Water Reservoir. This probably isn't the best name for the site currently as water levels are phenomenally low. I had a bit of a surprise when a Black-necked Grebe popped up post-dive, but it now appears this bird has been around a while (shame). We checked Lagoa do Negro and Lagoa dos Patos but neither had anything on them.

Down at Angra do Heroismo harbour, I was reacquainted with an old friend: 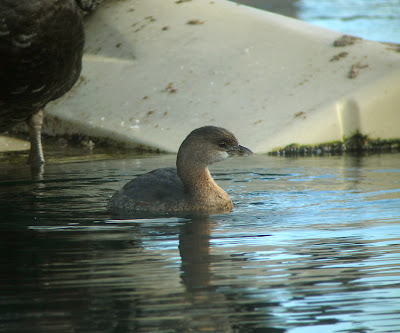 Final few of stops of the day were Lagoa do Ginjal (nothing), Posto de Radio Americano (3 Common Snipe, 5 Pecs still, Greenshank still), and finally at the quarry again. The teal here I am pretty sure is a Green-winged not only due to head pattern being suggestive but also a dock-off buffy covert bar.

Writing this exhausted in Terceira airport. I'm going to try and get some sleep before I inevitably get woken up by security at some point in the night. Flying to Corvo in the morning, where there is now a Blue-winged Warbler. Please stay one night....