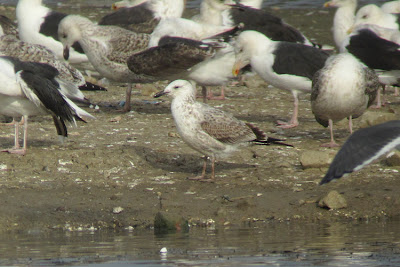 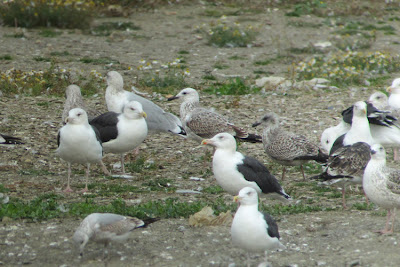 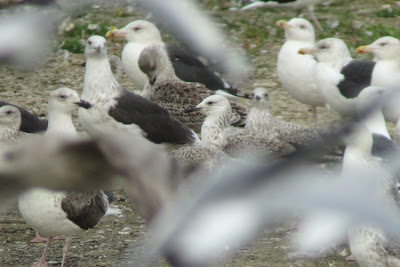 This 1st-winter Caspian Gull was amongst increased numbers of large gulls at Dogsthorpe Tip today. I also had a couple of birds with yellow darvic rings; one was a 1st-winter Herring "1U1B", the other was a 2nd-winter that I didn't manage to see on the deck although in flight it looked quite Caspian-ish.
Last week's Glaucous Gull appears to have moved on for now; surprised it hasn't been picked up elsewhere as it's not exactly a subtle bird.
Posted by Josh Jones at 17:42