My housemates have been busy obsessing over Pokemon Go, but I've resisted the temptation to download it myself and instead decided to pop down to the New Forest on Monday morning to 'catch' a couple of real-life organisms instead: Bog Orchid and Silver-studded Blue. Having not tried for them before, the former was a new orchid for me and it was several years since I'd seen the latter.

First stop was a small, boggy slack not too far from the A31. Among the many sundews (Drosera rotundifolia?) and other interesting plants I eventually got my eye in and started to pick out my first Bog Orchids. I'd heard that these things are notoriously difficult to see as they tend to be absolutely tiny but there were several well-grown and robust specimens that positively towered at around 15cm! The closer I looked, the more these dainty orchids became apparent - I counted at least 30 without too much effort. Photographing such a tiny plant among dense, grassy vegetation wasn't such an easy matter, and you have to be extremely careful here to avoid trampling the orchids and other plants. Thanks, as ever, to Sean Cole for his handy gen. 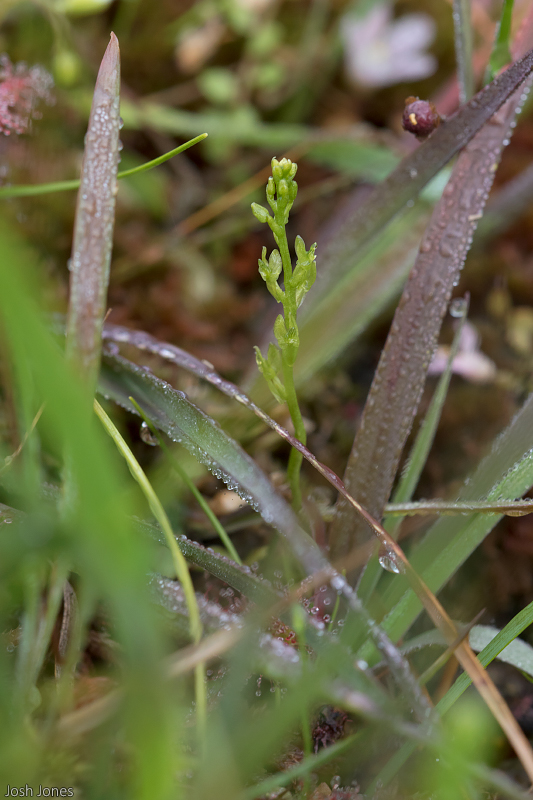 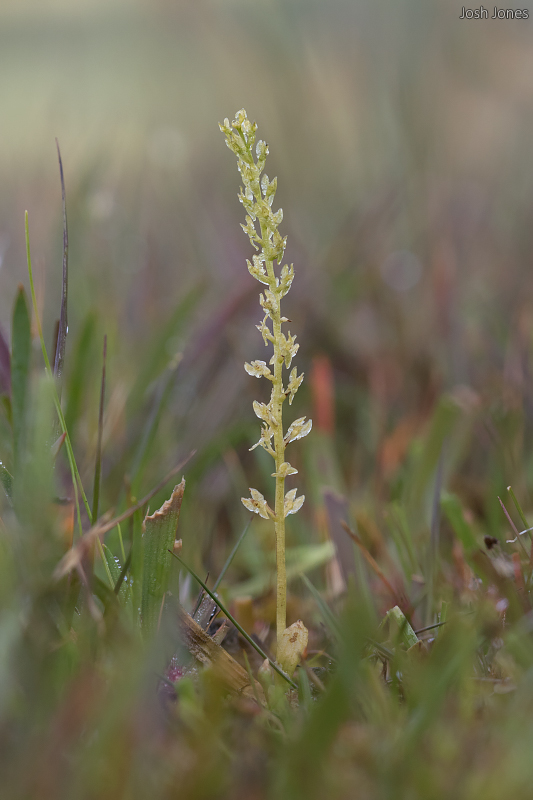 Another sizeable specimen and in better condition 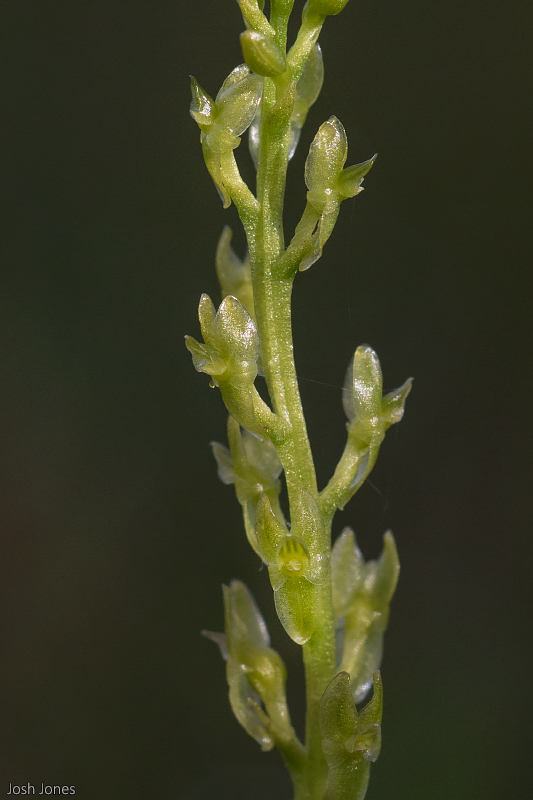 Close-up of the above individual 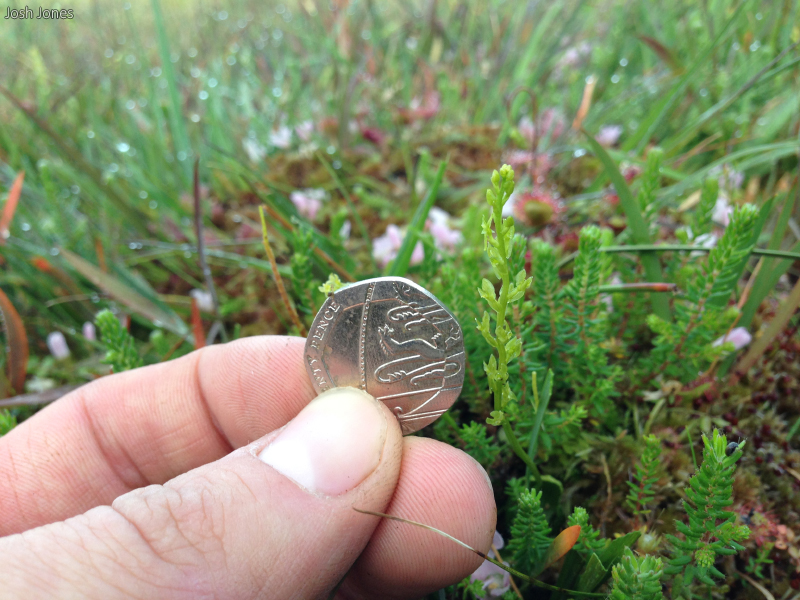 There were several robust specimens 'towering' at over 10cm tall, but this was a more typical spike (with 20 pence piece for size comparison)


I then headed over to Ocknell Plain and spent about half an hour chasing the hundreds of Silver-studded Blues around, trying for nice photos. A hard species to do justice to once they've warmed up! 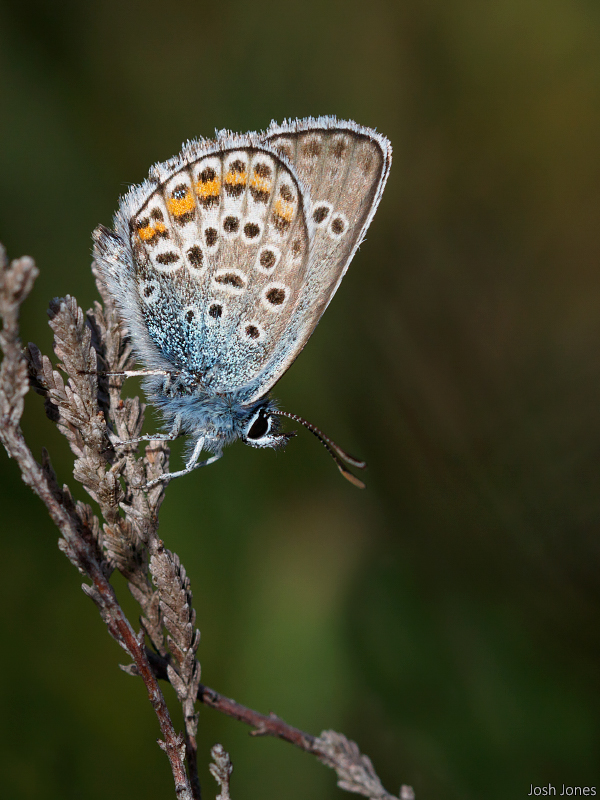 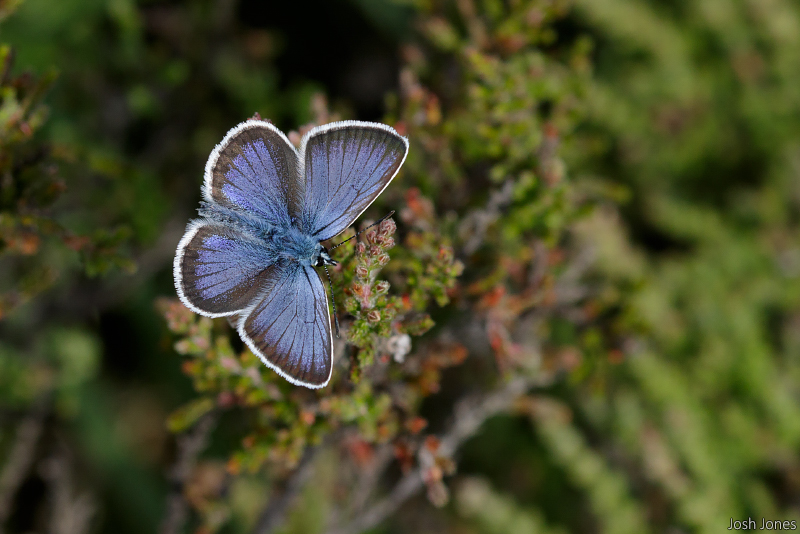 A delightfully fresh male sunning itself

On my way back to London I called in at Alice Holt Forest, near Farnham, and spent a little over an hour walking up and down the ride at Straits Inclosure. It was a gloriously hot and sunny morning and therefore flummoxing to learn from all the butterfly-ers returning along the track that no-one had seen any Purple Emperors! Plenty of butterflies were on the wing, though, including several Marbled Whites and some beautiful Silver-washed Fritillaries. I hung around at the second observation tower for a while and was rewarded with a flyover Purple Emperor at 11:18 - it did a couple of loops, attacked a Brown Hawker and then disappeared in to the treetops. Despite my best efforts to lure it down, I didn't see it again - or any others for that matter.
Posted by Josh Jones at 21:40