All European orchids have a charm to them but it is the genus Ophrys - the insect imitators - which are my favourites. These, arguably the most characterful of all Palearctic taxa, tend to be quite small and at first can appear inconspicuous. Look closer and they are anything but - the flowers are invariably stunning, their beauty epitomised by a spectacularly patterned lip which immediately draws focus. Indeed it is not just the botanist that finds them so alluring - so well-designed are the flowers that they readily fool amorous male insects in to mating with them, thus pollinating them.

Four Ophrys species occur in Britain. Bee Orchid is by far and away the most widespread and recognisable while Early Spider can be found in colonies numbering in to the thousands along the south coast in April and May. The third species, the diminutive and elegant Fly Orchid (my favourite British orchid), is also quite widespread but never particularly common. That leaves a final, much scarcer representative - Late Spider Orchid. Occurring at just a handful of locations in Kent, Late Spider is the trickiest member of its genus to see in Britain - or at least as tricky as twitching stationary flowers can be. Perhaps I should say it's the one that requires the most effort ...

For various reasons I have failed to make said effort to see Late Spider Orchid in either of the previous couple of years. I was determined to put the record straight in 2016 and so set an alarm for 04:00 on Sunday morning. Somewhat miraculously I resisted the urge to ignore it and was soon out of bed and on to the M25, heading for the far south-east as the sun began to rise.

The first colony of Late Spiders I visited were easily found thanks to the myriad of protective cages that betrayed their presence. The majority weren't yet flowering and many were stunted and unimpressive; just one or two plants looked good and so photo opportunities were a bit limited. James Lowen had informed me that this is a good site for Black-veined Moth but I couldn't see any in a reasonably brief search - perhaps it's still a tiny bit early in the year for them? Either that or I was still half asleep. 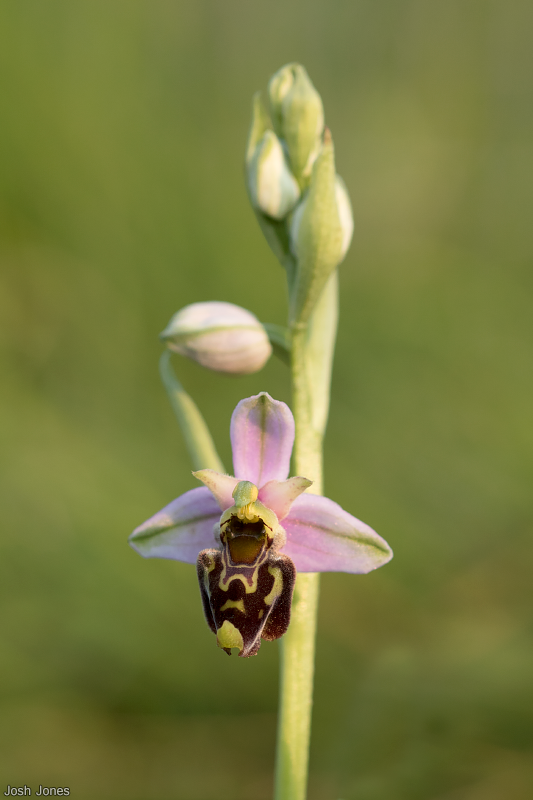 With the Late Spiders failing to impress I headed over to another site, nearer to Folkestone. Here I found a much better range of flowering specimens and, although the 20 or so plants meant that photo opportunities were always going to be a little restricted, I came away with a more pleasing series of images. I was struck by the amazing variation in lip shape, size and pattern among individual plants - the British colonies are apparently notorious for this. Also here were a few fairly puny Man Orchids and a handful of Common Spotted just beginning to flower. 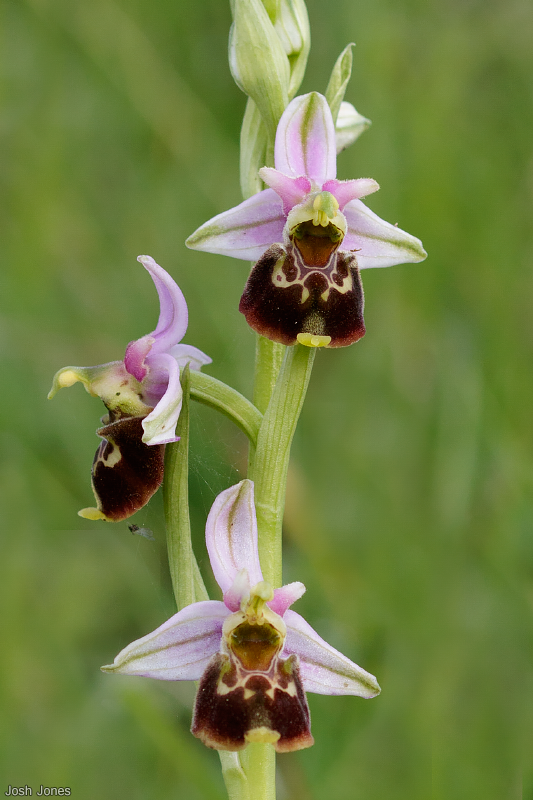 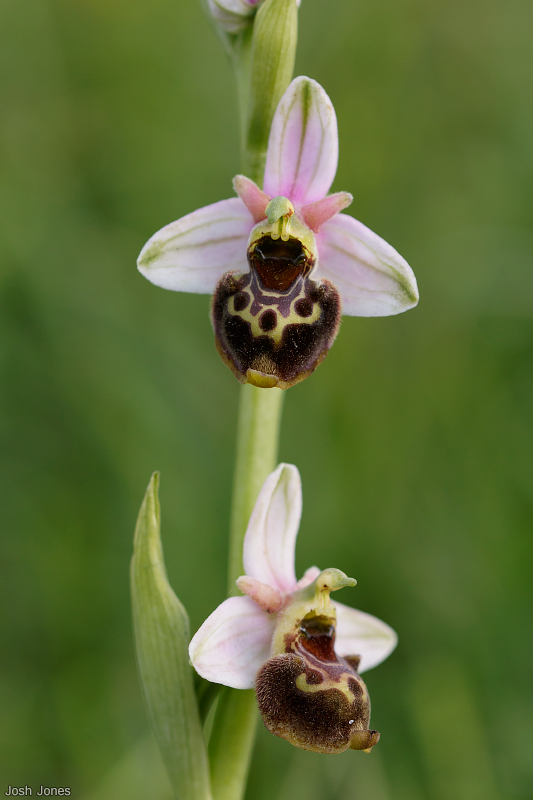 I still haven't worked out what conditions I find best for photographing orchids. I quite like the early morning sunshine, which gives the subject a nice glow, but bright sunshine quickly becomes too harsh at this time of year and I tend to prefer neutral light for photography anyway. The above three images were taken during a brief spell of cloudier conditions at the second site while the below image was taken in sunshine. 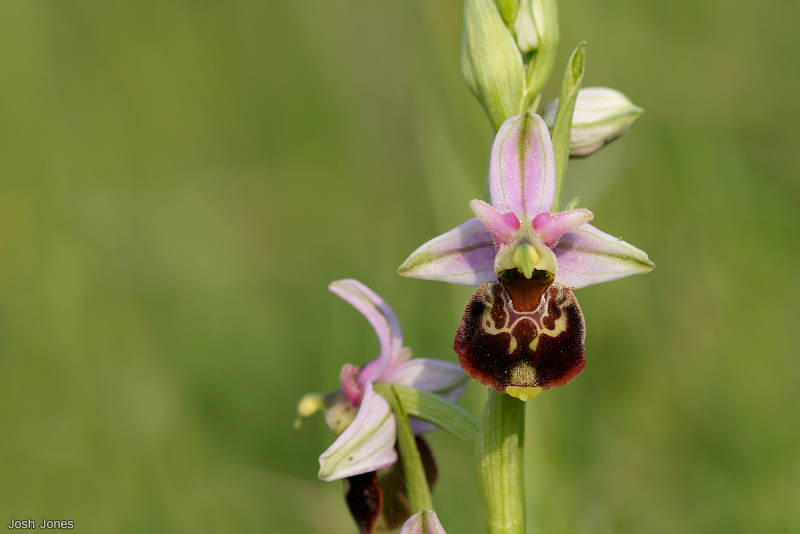 Offering more or less wall-to-wall blue skies, Sunday was fantastic morning to be out on the Kent Downs. Late Spider was my first new orchid of 2016 - I have a few more targets to mop up in the coming weeks, so be prepared for one or two more flowery posts.
Posted by Josh Jones at 17:55