A group of three Red-crowned Cranes out on the ice from Furen Lodge was a nice way to start the day while enjoying breakfast, shortly followed by the first Steller's Sea Eagle of the day. After discussing our tactics one final time with Take, we were out the door and on our way to Cape Nosappu. With the New Year period a national holiday in Japan, no boat trips were running and so our best chance of alcids was going to be off the lighthouse at the Cape.

On arrival we quickly located five Red-faced Cormorants roosting among the hundred or so Pelagic Cormorants on their favoured stack just off the amusement arcade. Scanning out to sea and Spectacled Guillemots were immediately apparent, many flying north-west with others resting on the sea. The odd Pigeon Guillemot was picked out among them while the sea was littered with seaduck - mainly Black Scoters and Harlequins, but also some Long-tailed Ducks and a couple of Stejneger's Scoters too. We soon picked up the first of at least a dozen Ancient Murrelets, all quite close to shore and giving great views in between dives. Several Kittiwakes and Common Guillemots were also offshore. 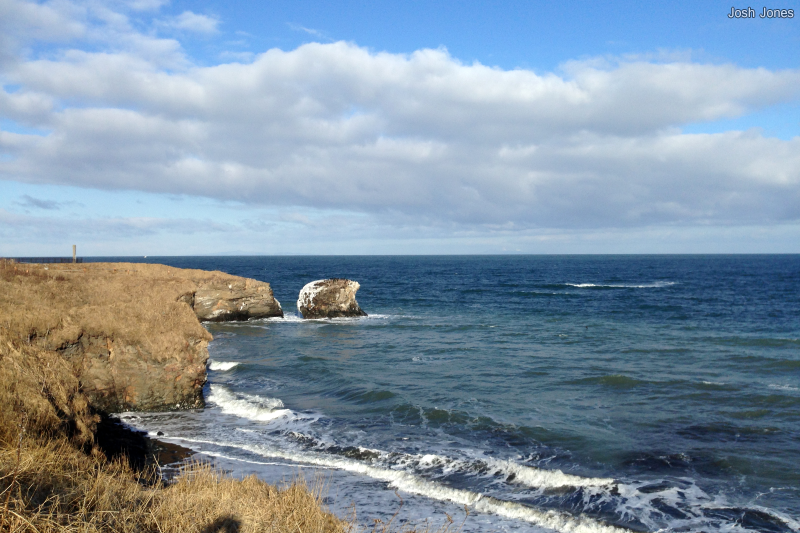 This stack, just off the amusement arcade, holds a large roost of Pelagic Cormorants and is a great spot for Red-faced 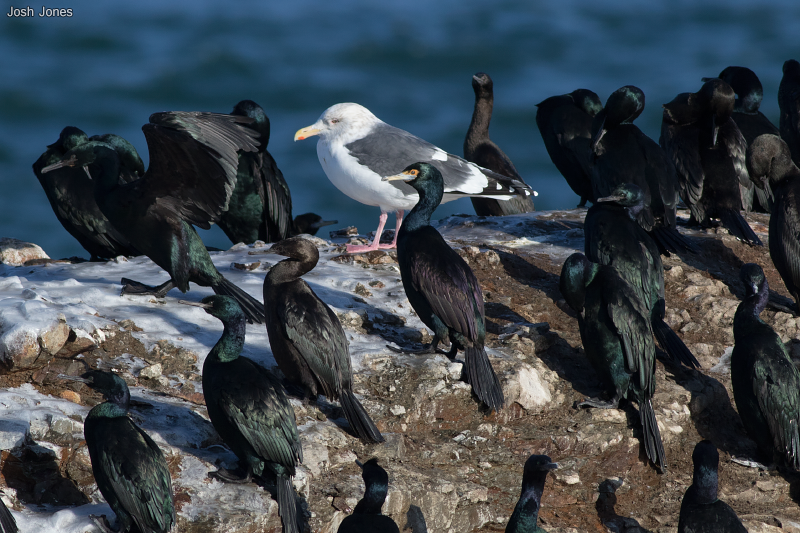 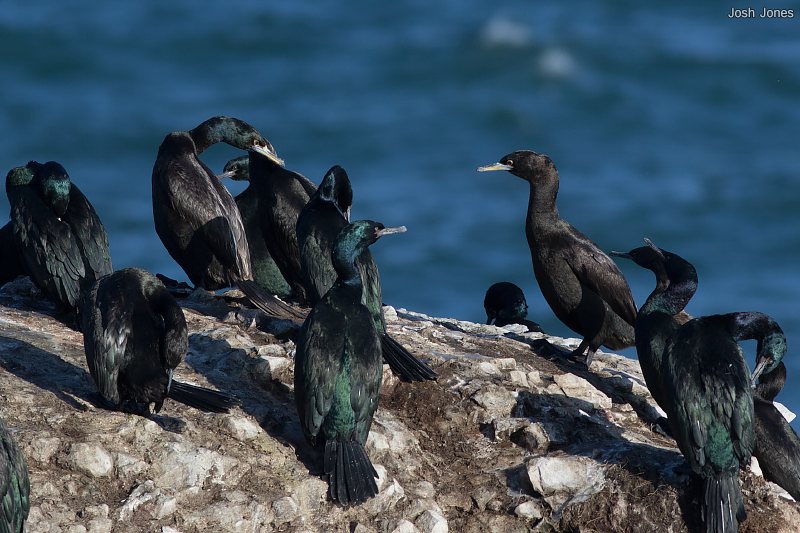 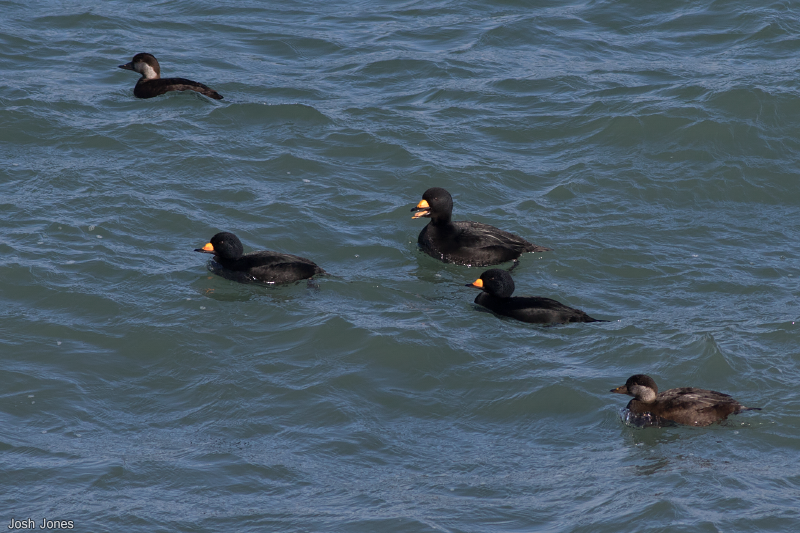 Just a few of the many Black Scoters off Cape Nosappu

A drive around the headland again failed to produce the hoped-for Asian Rosy Finch. Indeed passerines were very sparse on the ground out towards the windswept Cape with just a few small groups of Tree Sparrows around the villages looking cold and a little tired of life. Onnemato harbour held both Steller's and White-tailed Eagles as well as the usual gulls and ducks - including a showy drake Long-tailed Duck and a few juvenile Glaucous Gulls attending a putrid seal corpse that had washed up on the slipway. Bread seems to be extremely effective at drawing in gulls around Hokkaido's harbours and it was no different here, with the usual mix of Kamchatka, Slaty-backed and Glaucous-winged Gulls the subjects. 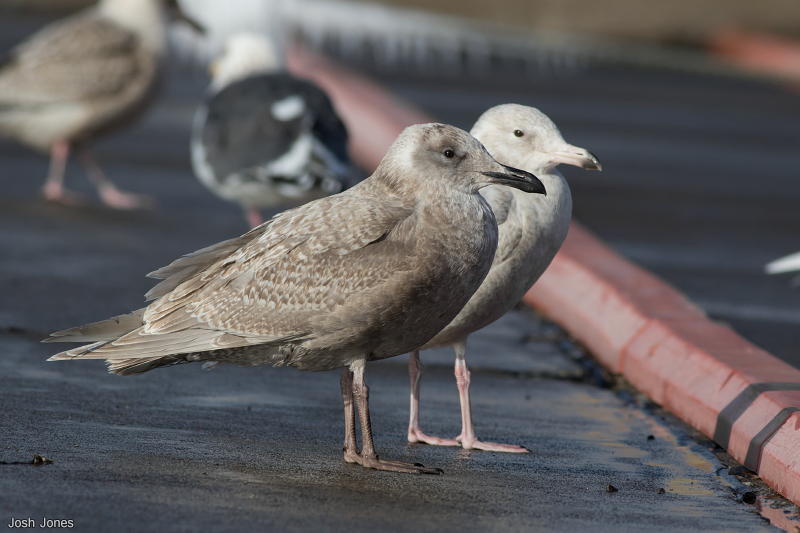 Glaucous-winged and Glaucous Gulls queue up for our popcorn

One thing we'd noticed was that the harbours on Hokkaido weren't perhaps as productive as we'd hoped/expected. Gulls, wildfowl and alcids were all present in disappointing numbers - presumably the mild winter (and resultant lack of ice) had something to do with it while in the case of the former, the lack of fishing/harbour activity (as a result of the New Year holiday) probably wasn't helping. Habomai held very little aside a few Black Scoters, Harlequins and a drake Common Pochard plus a couple of Red-crowned Cranes flying over; Hanasaki revealed a Brünnich's Guillemot but little else.

Take had told us that Asian Rosy Finches had also been seen along the coastal stretch of Route 142, south of Hattaushi, and so we decided to head down there. Another long and fruitless walk through promising rosy finch habitat once again drew a blank - it was now Cape Kiritappu or bust. Arriving at the Cape mid-afternoon, we soon found our target - a flock of around 40 Asian Rosy Finches - attending feeders in the garden of the small hotel by the main road. Before the trip had commenced I'd cited this as one of the target species that I most wanted to see, so enjoying the finches in the warm light was a relief to say the least! Views were a little distant from the road - certainly no good for photos, but good enough through the 'scope - but they'd regularly get up and fly around, occasionally landing on the roadside wires and consequently affording a much closer look. 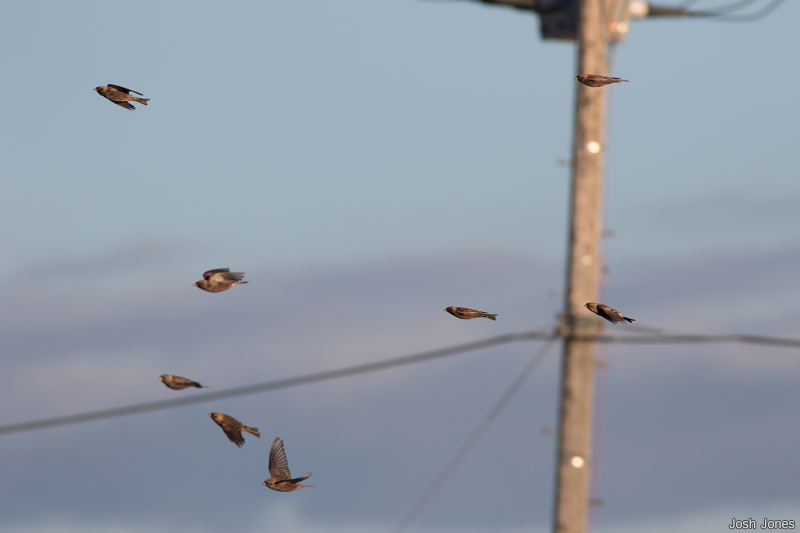 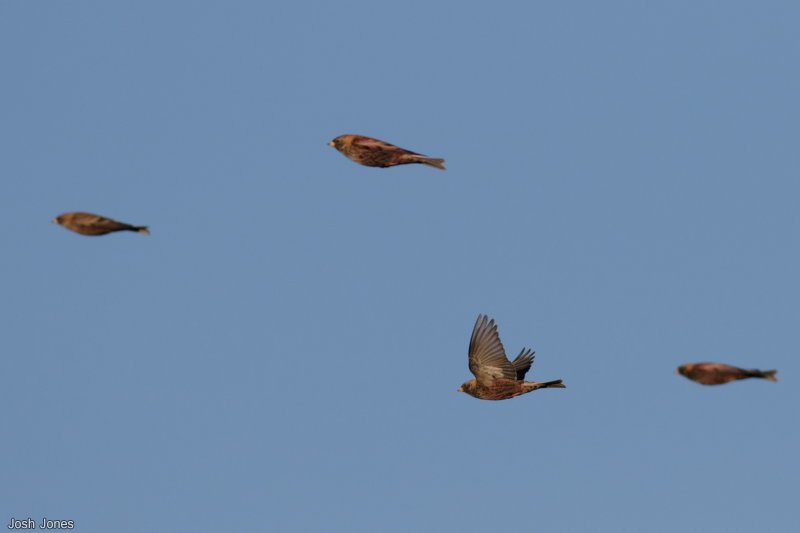 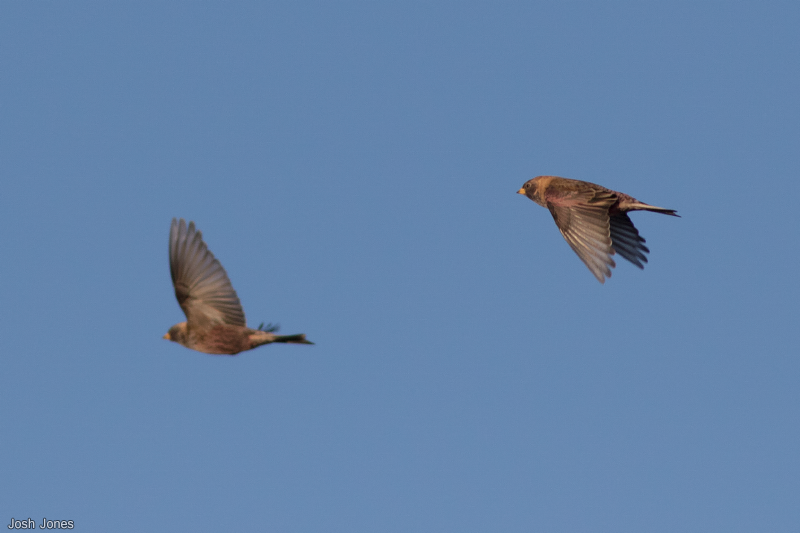 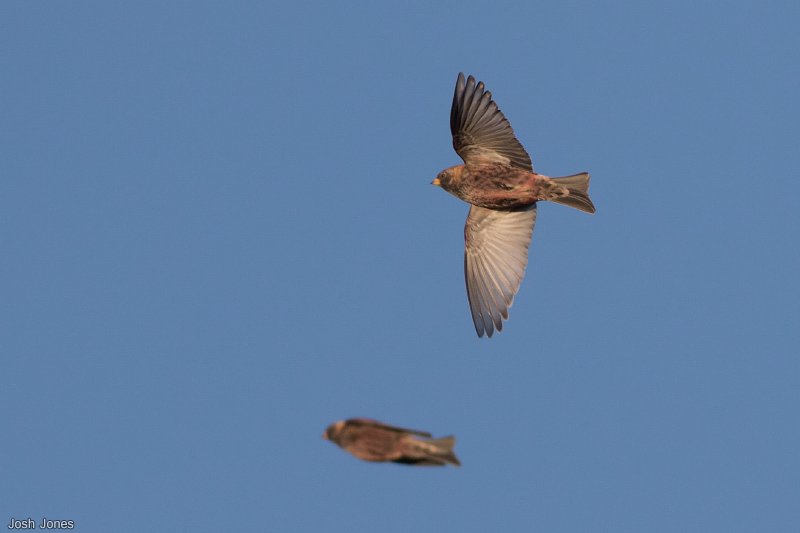 Excellent birds and a fine way to round off another bright but bracing day in stunning scenery, which was made all the better by another excellent meal back in the warmth at Lodge Furen! 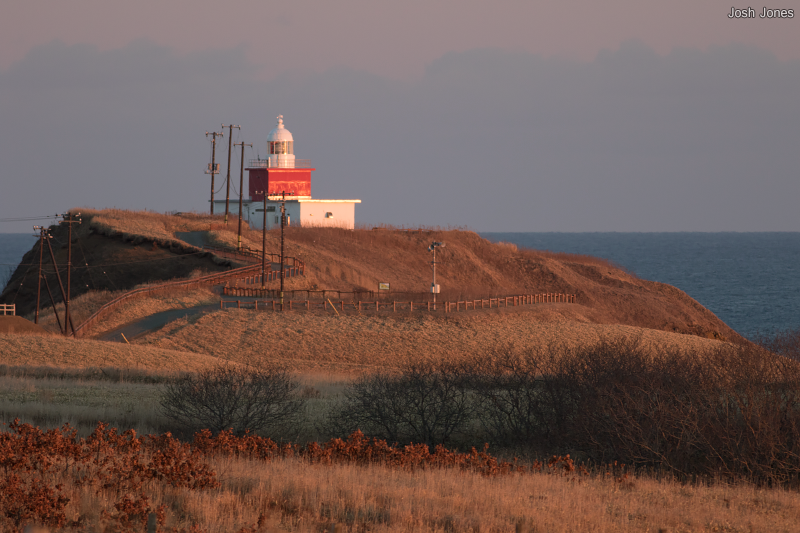