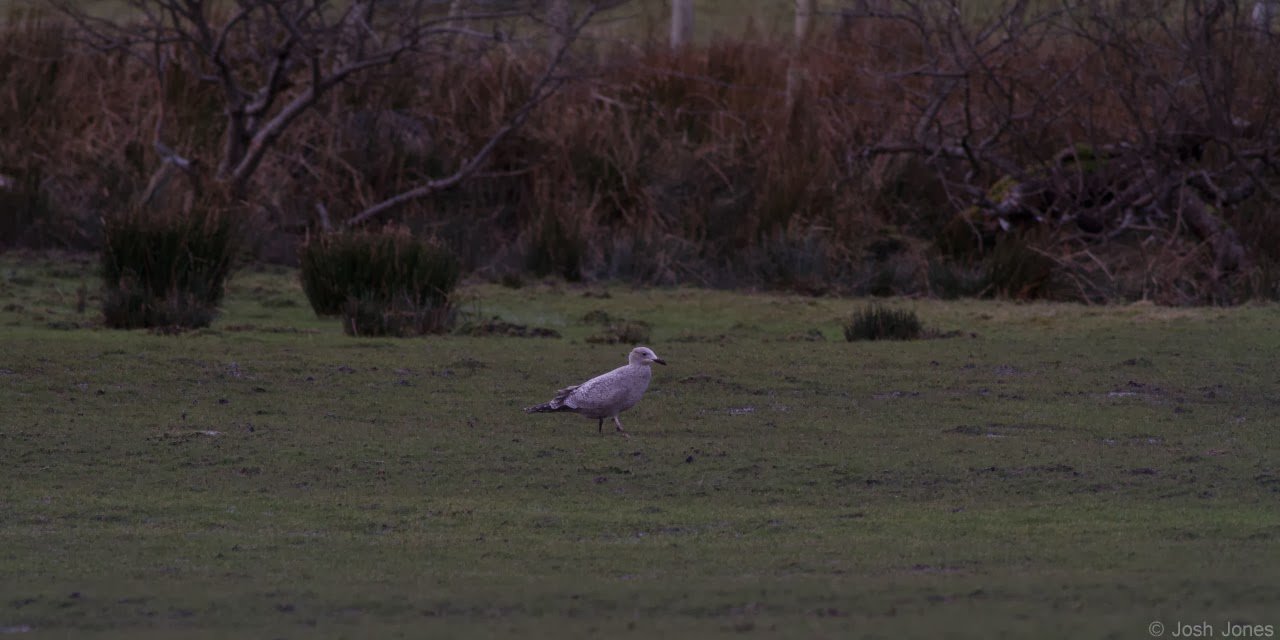 This beast was first found by Conor Foley et al. in a muddy field at the northwest end of Carrowmore Lake on Monday 17th Feb; Rich Bonser and I attempted to relocate it late afternoon on the Wednesday but failed, only to return mid-afternoon on Thursday to find it back in the same field. It's not with many gulls (up to 20 Herrings, and a couple of Icelands) and is extremely mobile - we saw it for a few minutes on Thursday before it flew off; extensive searching of the area then drew a blank for the next couple of hours until it magically reappeared in the same spot. Again it proved mobile, and we last saw it in another manure-covered field in the next valley to the north at Fallagh, where it stayed until clearing off just ahead of an heavy rain shower. The gulls it is with feed west to Barnatra village, where there are a couple of sheep fields. Guess it must get in those too.

Evidently a very pale bird, but these photos should show enough for the bird to be diagnosed as an American Herring (rather than Thayer's or a hybrid) - something reflected in field observations after quite a bit of head scratching and deliberation. It's a really big bird, quite thick-set with a strong, extensively pale-based bill - the latter is generally not evident in my photos due to being covered in cow excrement (though can be made out reasonably well in the penultimate pic)! Though it has a pretty well-defined greater covert bar, the rest of the upperparts are quite pale and concolorous, which was one of the primary reasons for our initial concern about it being smithsonianus. Just look at those scaps! The underparts are quite pale, but solidly marked nevertheless. In contrast, rump and tail pattern (and upperwing pattern in flight) look typical for smithsonianus. Eye-opening bird! 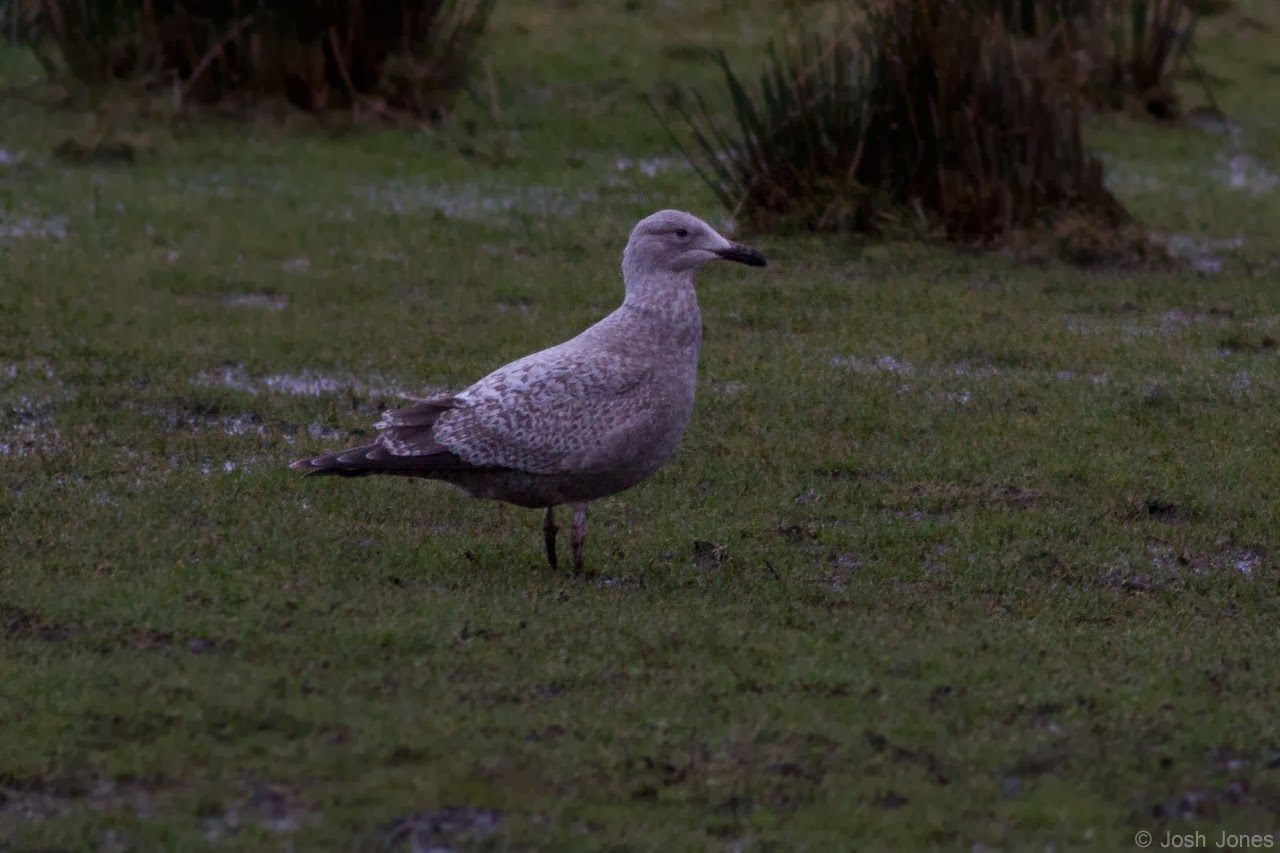 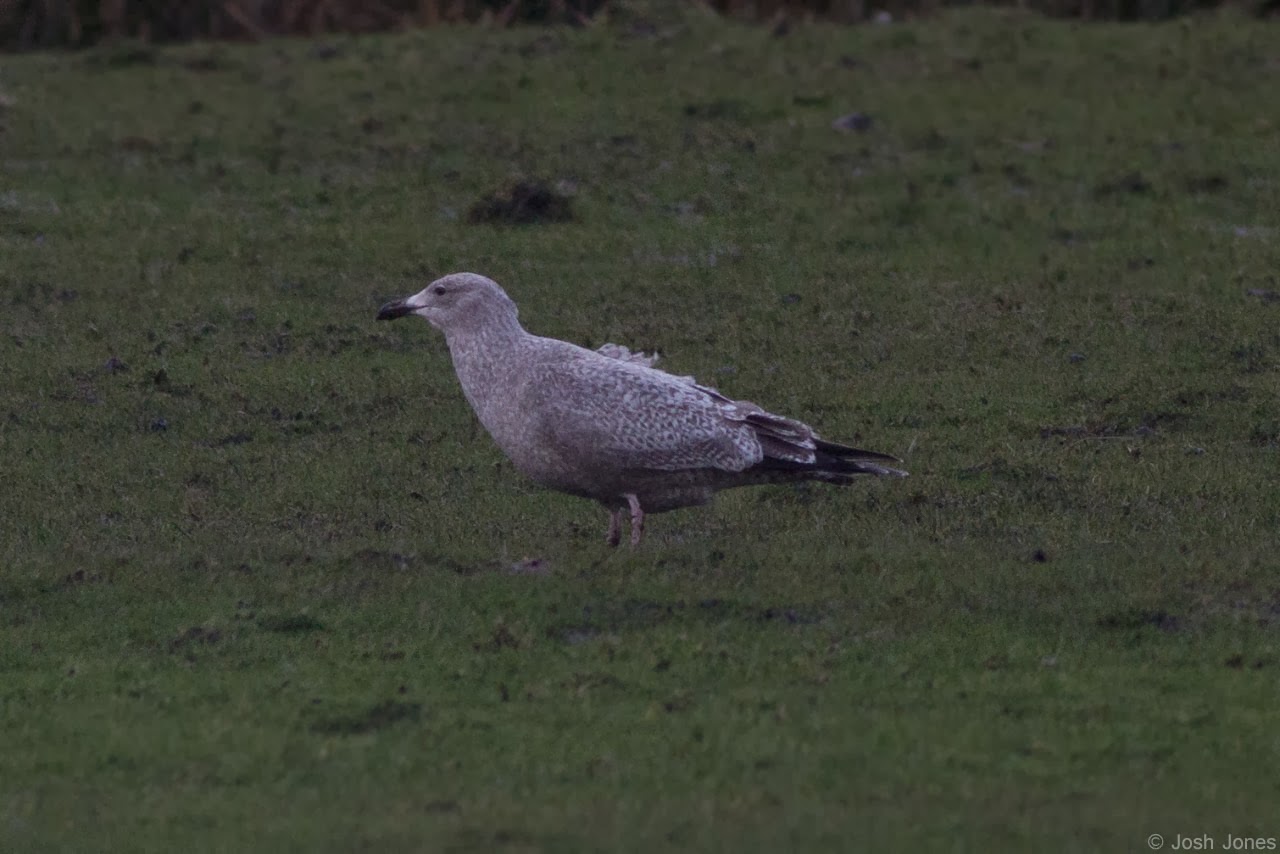 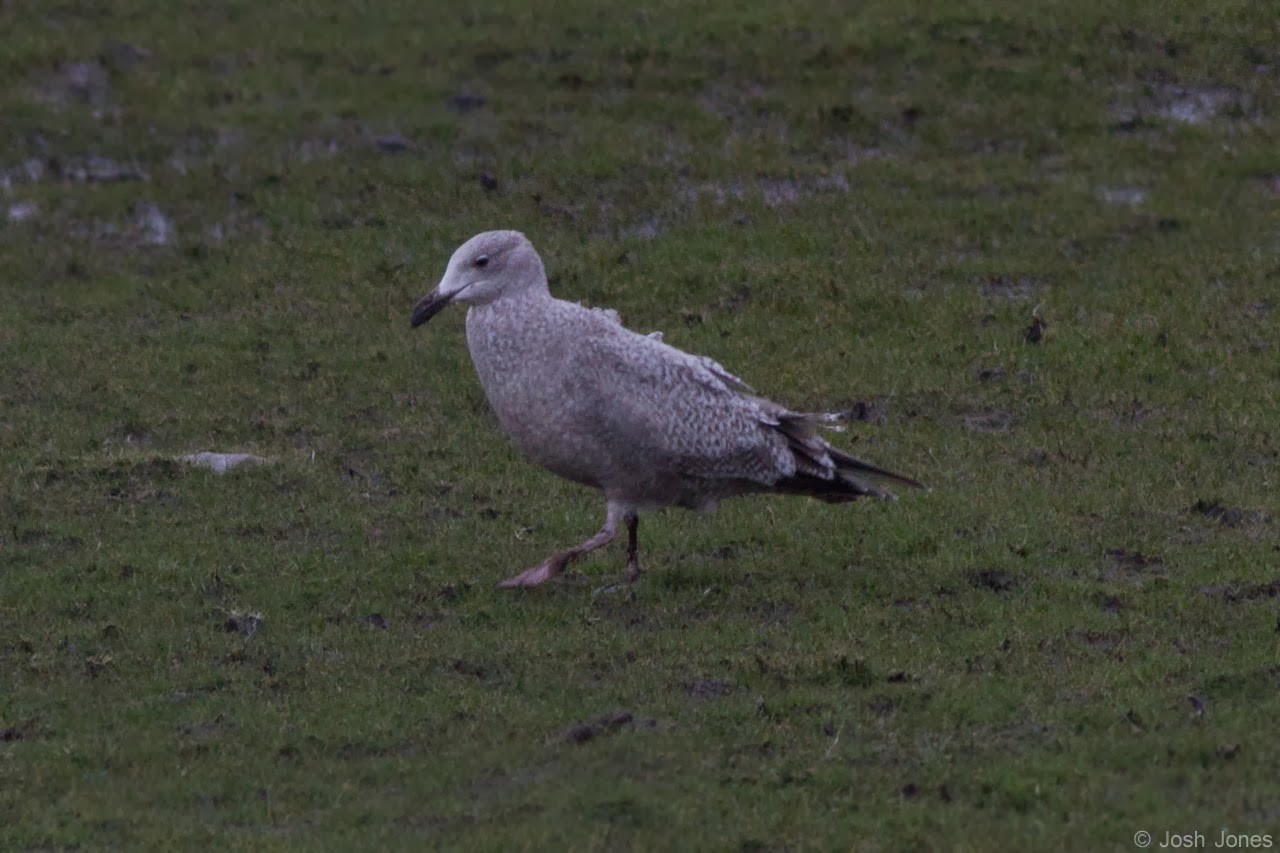 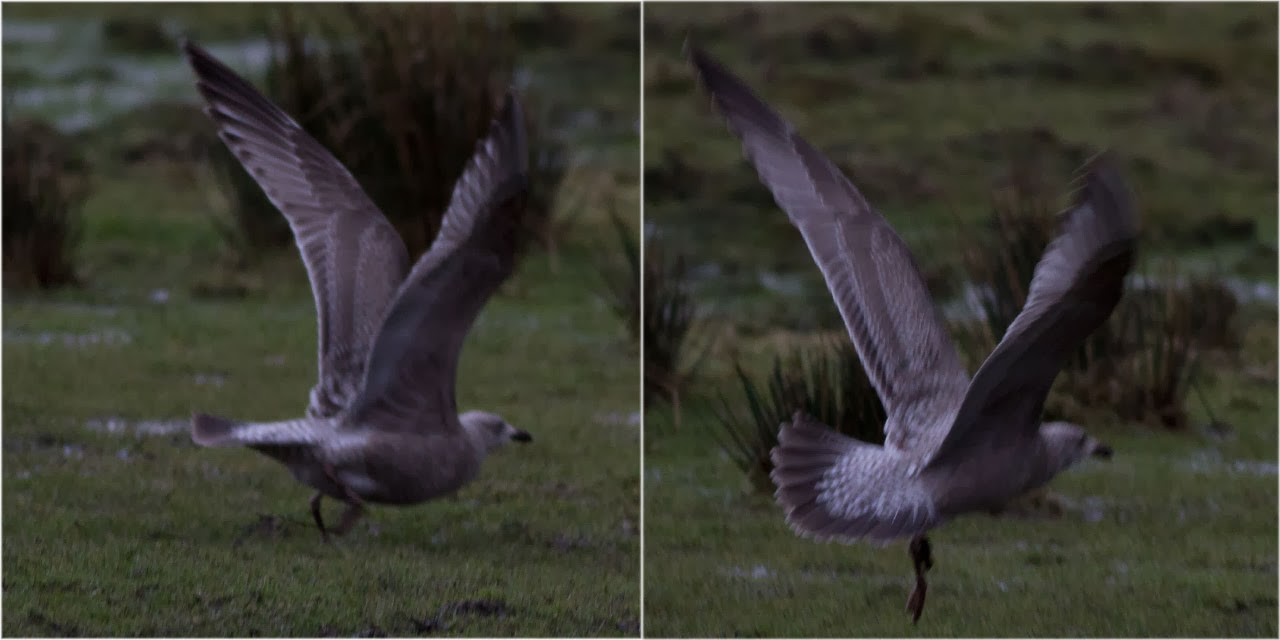