While away in Egypt, I received a message concerning a reported Thayer's Gull in North Lincs. My immediate reaction (not knowing anything more than it being reported as a possible) was not favourable. However, once excited texts started to flood in, we knew it must be a bit more serious than we had initially given credit for. Sure enough, after landing at Gatwick, I had a look at the pics on my phone - shit! And it had apparently gone!

Anyway, its reappearance on Tuesday prompted me to head down on Wednesday morning. I was pretty keen to see the bird following the Fermanagh gull I found in January (though I won't take claim for diagnosing it as thayeri!). Today's was a much more convincing beast, being at the dark end of the spectrum. I still feel there are issues with the Fermanagh bird's rather hoary upperparts (among other things), which make a confident diagnosis as thayeri very difficult even if it does look a good candidate.

Pretty much every other birding blogger has preached from the "as good a candidate as you can get" hymnsheet, so I shan't bother. Scope views were good, although the heat haze was terrible hence not ideal for photos. I'll let my terrible attempts do the talking. 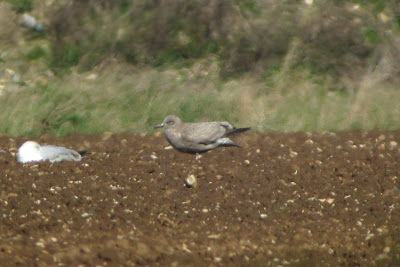 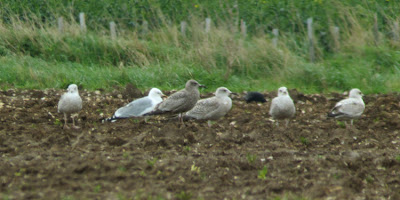 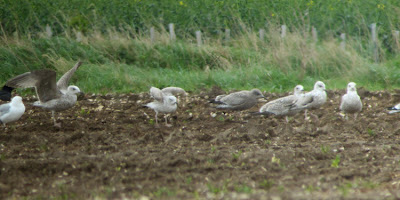 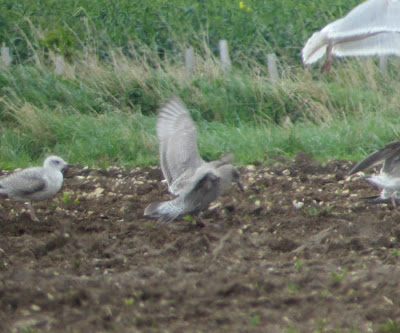 On the way back, I managed to crash my car. So, it cost a little more than the £50 tank of fuel in the end but, fortunately, I still have my health.
Posted by Josh Jones at 12:36