Egypt 2012: the Battle for Benzine

First of all, I'd like to state that a lack of blog postings has not been due to laziness, but rather the fact I have had nothing to report. I haven't done anything.

At least until last week, when I spent a week in Egypt with Rich Bonser and Staines. All in all, the trip was a general success. We scored our primary target birds - African Mourning Dove and Three-banded Plover - with relative ease, and I picked up a further thirteen new Western Pal ticks including tasty items such as Lappet-faced Vulture, African Collared Dove, Yellow-billed Stork, African Pied Wagtail and so on. However, the trip was marred by a serious lack of petrol across the country, particularly in the south. This led to much time being wasted queueing among locals at the few stations which did have fuel - many were empty. Staines and I also looked likely to get stuck in Shalatein at one point.

I'll be adding a few posts with photos and brief text over the next few days, although it certainly won't qualify as a 'trip report' - Rich has said he will take care of that. If anyone wants any details on birds/sites, please don't hesitate to email me. 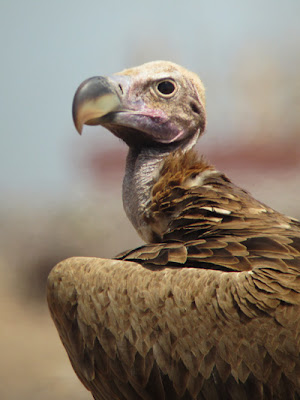