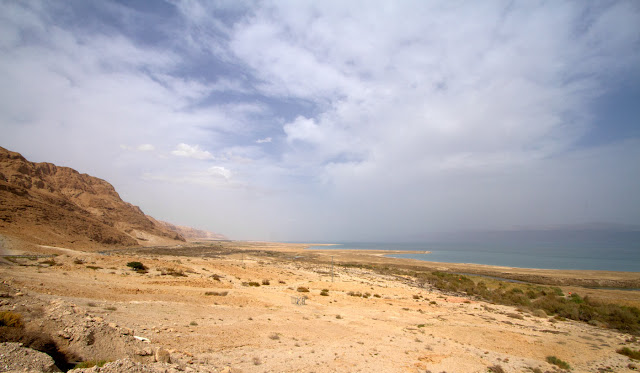 Call us boring, but we all resisted temptation to take a paddle in the Dead Sea after Dan's advice that it was hideously salty and more bothersome than enjoying. The scenery was spectacular, though, and the birds were pretty good too. The Dead Sea was the only place we observed Fan-tailed Raven, Mountain Bunting, Sinai Rosefinch and Indian Silverbill as well as the nocturnal specialities - Nubian Nightjar and Hume's Owl. 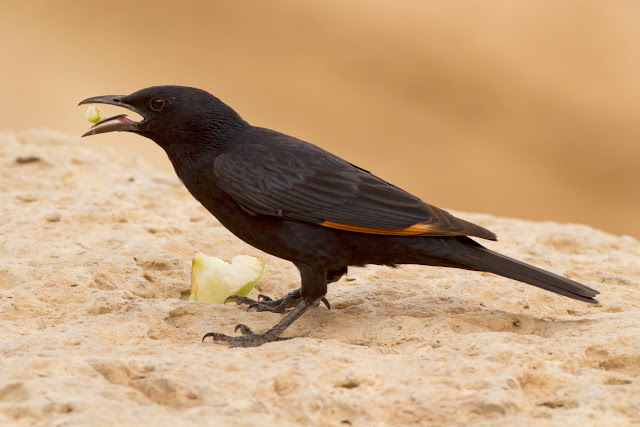 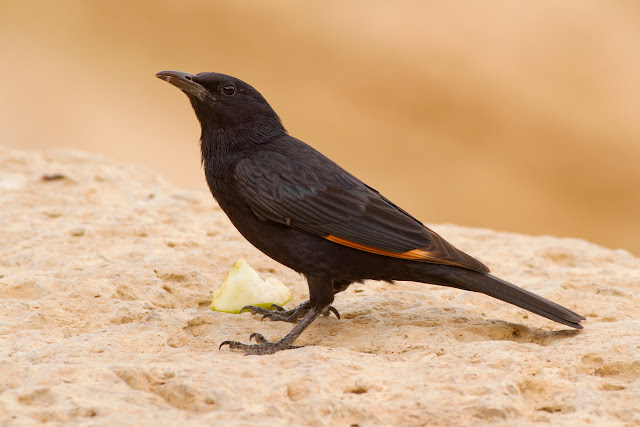 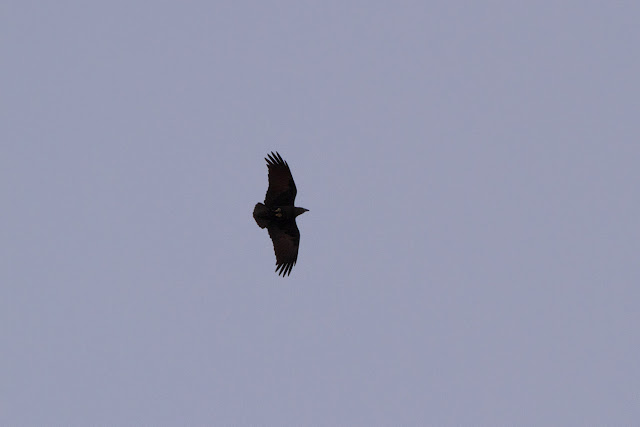 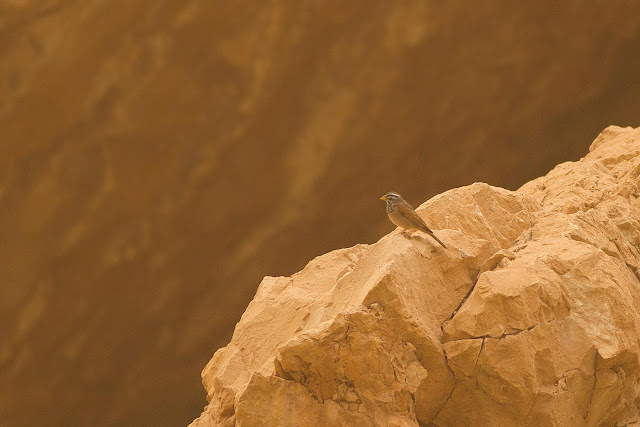 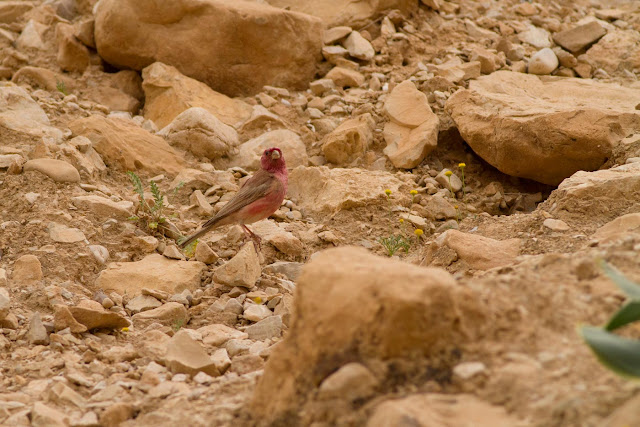 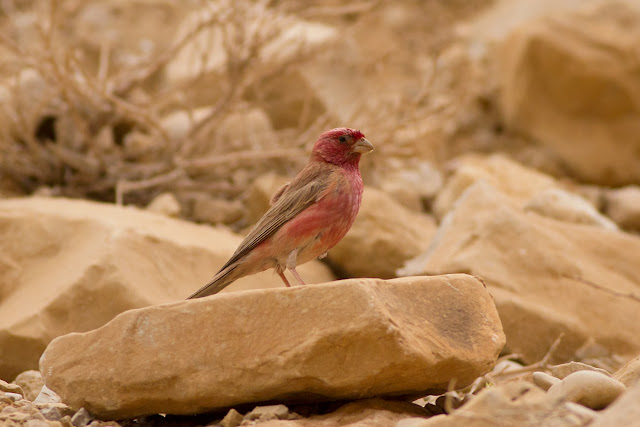 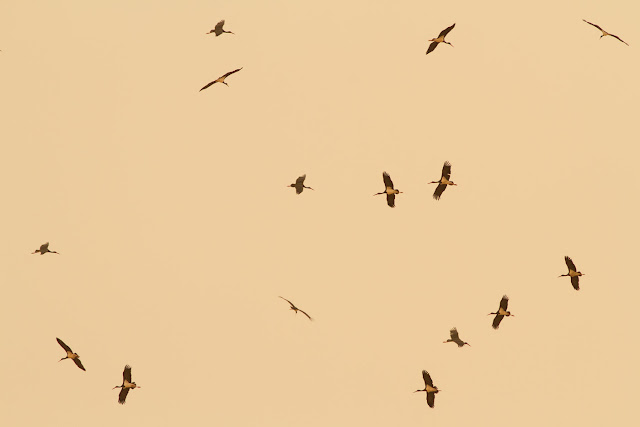 Migrating Black Storks - in a sandstorm hence the ochre tones! 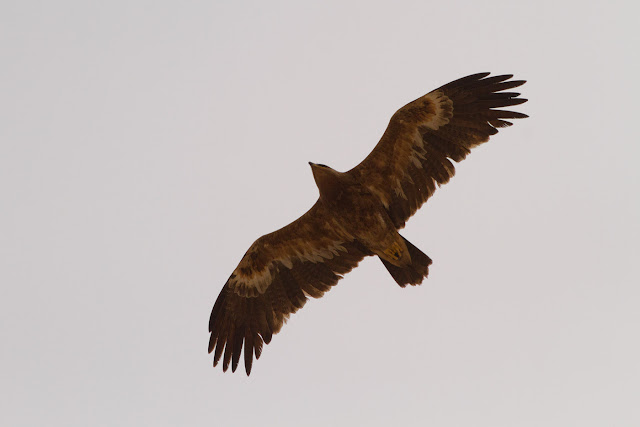 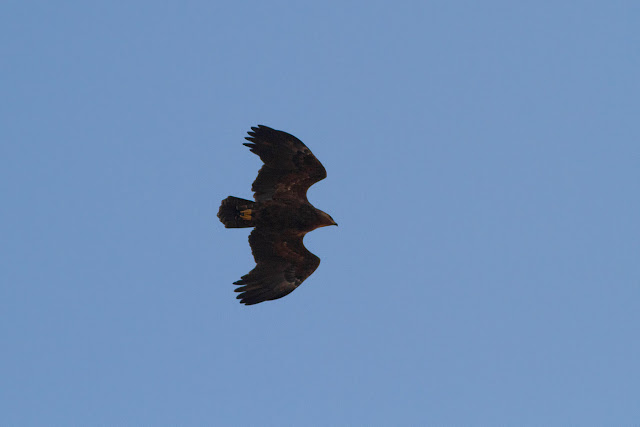 
On 22nd, we also experienced a steady raptor and stork passage through the area, with an hour or so at Metsoke Dragot early afternoon producing small numbers of Steppe and Lesser Spotted Eagles, Egyptian Vultures and Ospreys among the more numerous Steppe Buzzards and Black Kites until a sandstorm engulfed the area. It was almost eerie watching Black Storks and raptors suddenly appearing very close overhead in the ochre, sand-filled skies, quickly disappearing again as they drifted off north on the strong southerly breeze. If the sandstorm wasn't enough of a problem, that evening we were fortunate enough to watch a local pair of Bonelli's Eagles giving the migrating birds plenty of grief as they struggled up the gorge on the weakening thermals. Incredible stuff!
Posted by Josh Jones at 20:24