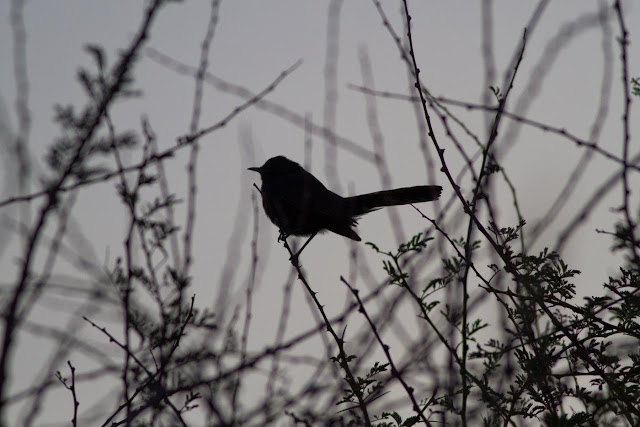 Though far from guaranteed to turn up, Black Bush Robin is a species that many visitors to Israel hope to see on an early spring trip. On our outward journey from Luton we had vowed that, if one were to turn up, we would make an effort to see it as soon as was possible and thus receiving news of two birds at Neot Smadar on 16th saw us driving south from the Dead Sea late that evening. After an hour or two searching Yotvata unsuccessfully for Egyptian Nightjars in a delirious state, we eventually settled in the car for an hour's kip at Shizzafon sewage works. Soon after dawn, we were out and quickly located the bird showing well although it wasn't until the sun came up that we managed some half-decent pics - my camera settings were a bit off so the shots aren't as nice as I had hoped: 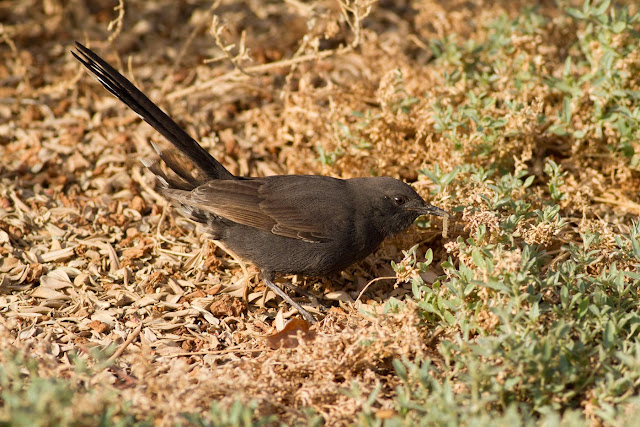 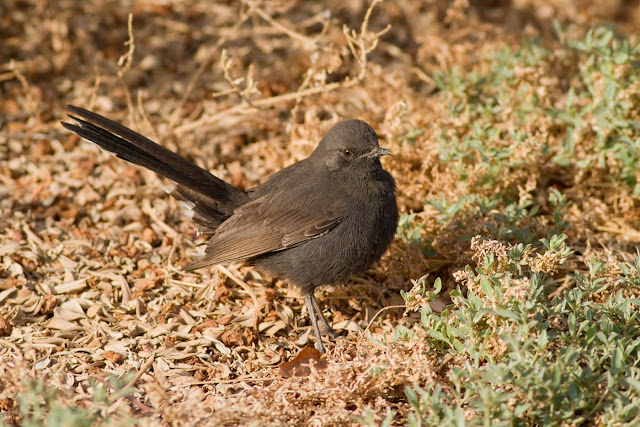 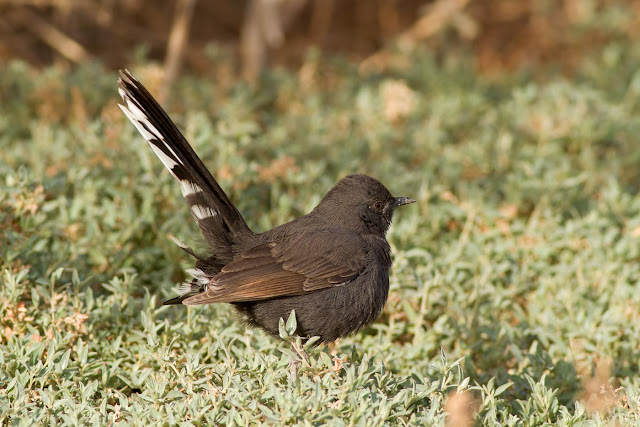 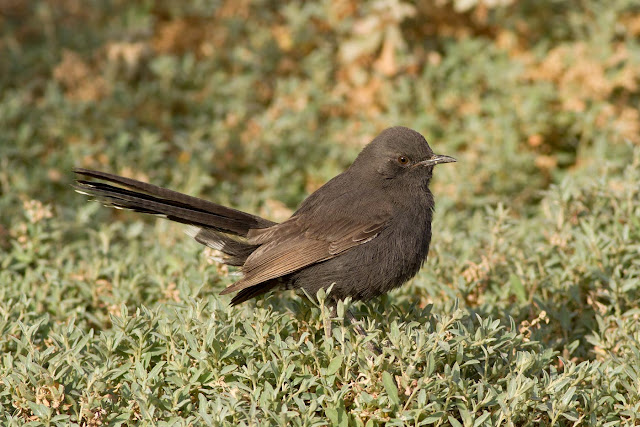 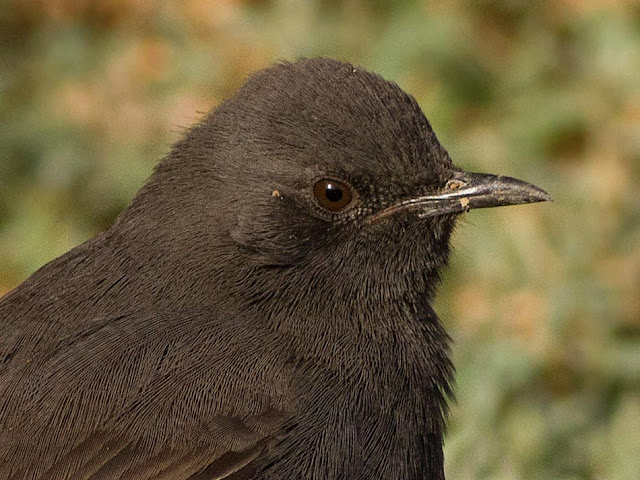 As it turned out, March 2013 proved an excellent period for the species in Israel with as many as six birds found in the south of the country. We even saw the second bird at Ne'ot Smadar the following day: 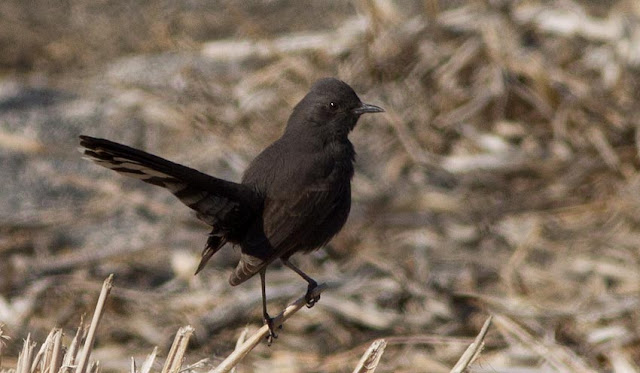