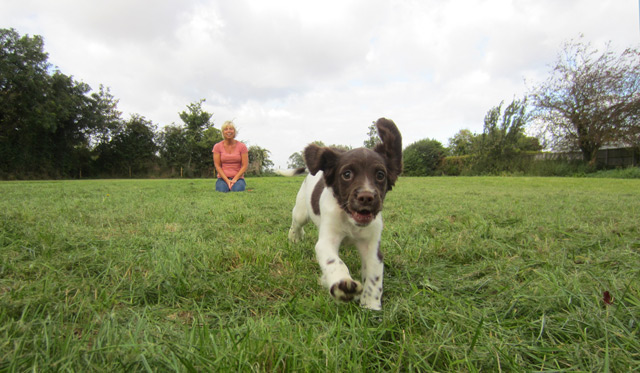 Didn't really look at many birds this weekend. Spent most of the time with the little critter above, my mother's new springer pup Molly. She's at that stage where she has to bite literally anything and everything, but otherwise is good as gold.

I did visit my old patch, Baston & Langtoft Pits, to reminisce. On 28th September 2007, I had two Great Skuas through here among an amazing passage of non-passerines. No such luck over the weekend, but Black-headed Gulls were evidently moving, bringing with them a few Common, Lesser Black-backed and this adult Yellow-legged: 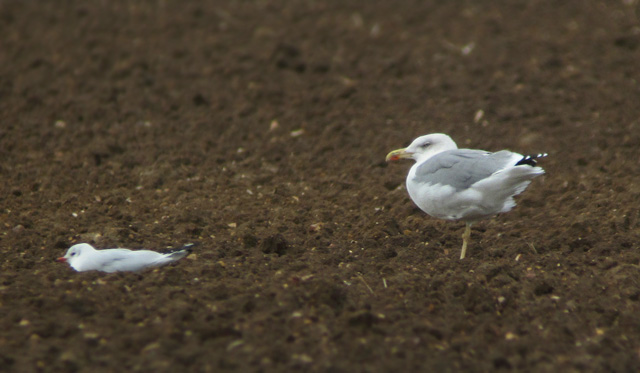 Michahellis are always decent patchs bird for me as we don't get many gulls; September seems to be peak time as birds filter back southwards. Otherwise, there wasn't a lot doing aside 50 Golden Plovers, a few flyover Siskins, a Hobby and a Green Sandpiper. A Chiffchaff spent the weekend in our garden, and was singing during the sunnier spells. A big flock of Starlings on the patch failed to reveal the hoped-for Rosy Pastor, although they looked pretty smart in the autumnal sunshine. 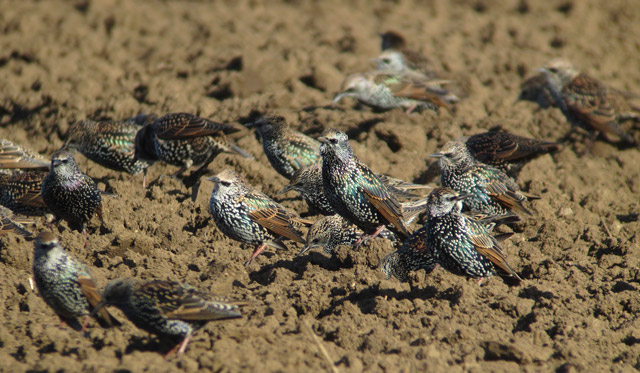 I'm flying to the Azores on Saturday. Pretty pumped, just hoping for a westerly blow while I'm there this time. Last year, I only got the most pathetic of light westerlies during my visit which still delivered a couple of monster hirundines. The forecast looks decent for the next few days on Corvo although quietening down in to next week.
Posted by Josh Jones at 14:54