Like many others, I headed west towards County Galway for Saturday morning. Unfortunately, the near freezing temperatures and crystal clear skies in west Ireland revealed an inevitable outcome - Friday's Eastern Kingbird on Inishmore (a Western Palearctic first) had done an overnight bunk.

Nevetheless, massive consolation was provided by a magnificent male Belted Kingfisher in the heart of Connemara - just a few kilometres from a likely-looking sea loch which I have deliberately searched for the species both in this and previous autumns!

Describing a BK as 'consolation' simply doesn't seem fair. It was an awesome beast, and every bit as satisfying following the heartbreaking miss back in April 2005 (dipped it in Yorks and couldn't get a lift when it was in Aberdeens). Regularly giving its characteristic rattling call, it also spent a lot of time flaunting its crest and cocking its tail though remained wary and mobile throughout the morning, coughing up the odd pellet and occasionally also having a shit. 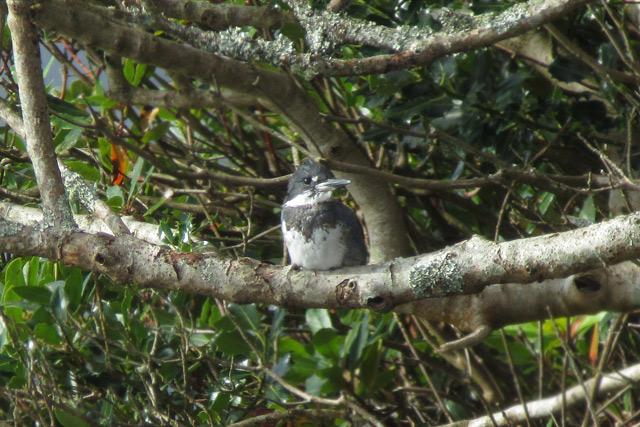 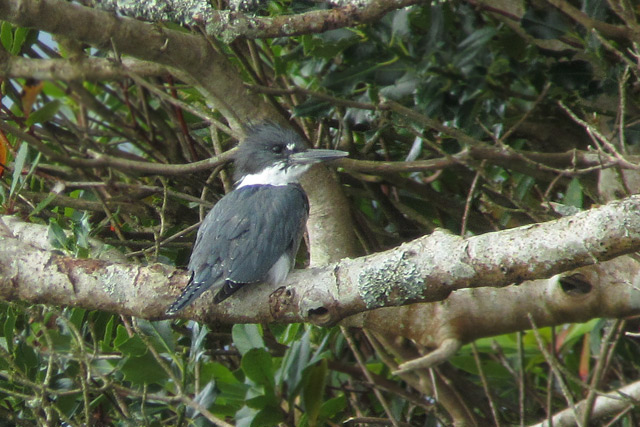 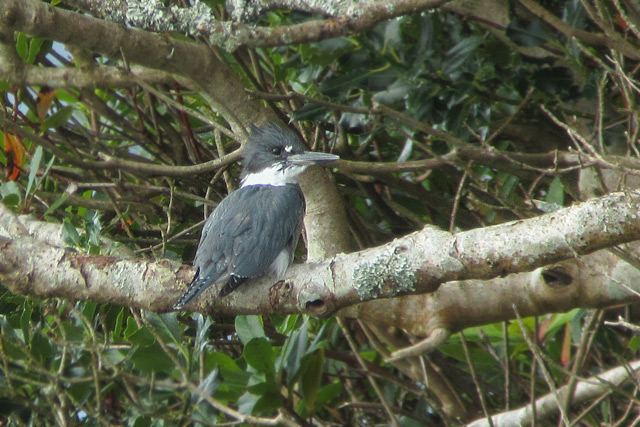 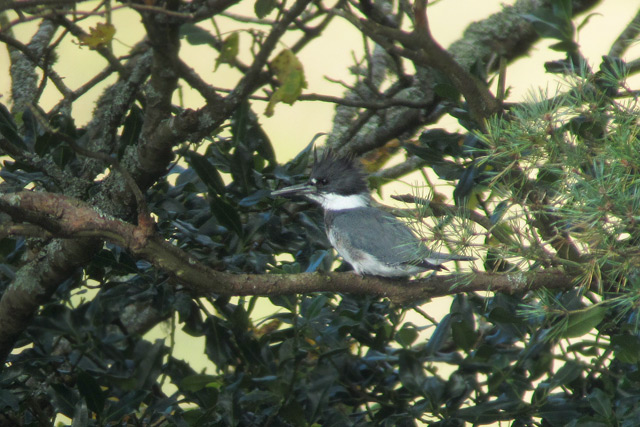 Amazingly, at around 12:45, it flew high - very high - until it became just a dot in the 'scope, disappearing over the mountains to the south of the lough. Heading round to Kylemore Lough, some 4km to the south, our team (John, Will, Pierre and I) spent some time searching for the bird without success until, at 13:25 when stood on the N59 bridge just east of Kylemore Abbey, PAC picked up the kingfisher flying in from the east! Giving stunning flight views, it flew right over our heads and continued westwards past the abbey out of view - we couldn't quite believe that, some 7km from the original location, a speculative stop had resulted in a relocation!

Although not seen again initially, a couple of teams scored on the lake by the abbey mid-afternoon but, after flying off, the bird was not seen again. Given how restless it seemed (perhaps not many fish in these loughs?), no sign doesn't seem surprising. Hopefully it is refound again for the Galway birders who didn't connect.

Finally, congratulations to Hugh Delaney et al. who are having an incredible few days on Inishmore. Fair play lads - you deserve it.