Fresh juvenile Caspian Gulls are a pretty rare sight in Britain - most 1cy birds appear a little later on when they have undertaken quite a bit of moult. Today (17th), I had a stunning juvenile at my local gull mecca of Dogsthorpe Tip, Cambridgeshire. I've put a few photos below - click for larger versions: 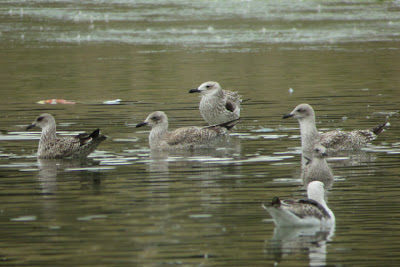 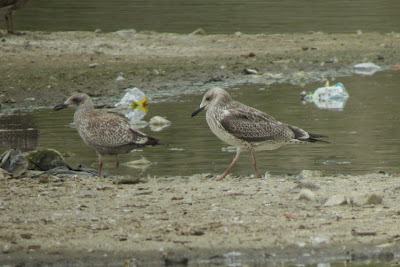 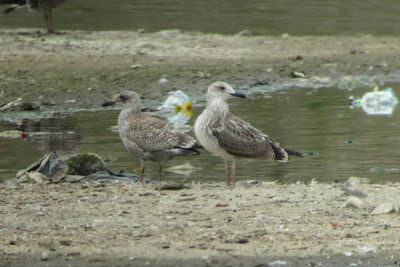 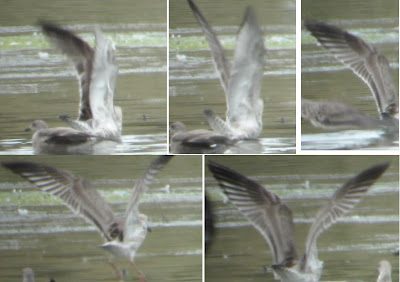 I think this is probably only the second juvenile I've seen, and definitely the freshest. Even at such a young age, a juvenile Caspian Gull is a wonderfully striking beast, as the images above illustrate.
In addition to the obvious structural features - ridiculously long legs, long parallel bill and long body giving a gangly, rangey appearance - the plumage is most striking. At rest, the remarkably pale (white) underparts are immediately apparent, particularly when viewed head-on. The tertials are plain and dark. In the final image (a composite of several videograbs), the underwing and upperwing patterns can be seen - unlike other juvenile gulls, the underwing is virtually white, even this early in the season. Note also the pale window in the inner primaries. The upperwing has a distinct and striking dark secondary bar. Although it can't be seen well, the tail possesses a dark and sharply-demarcated black band at the tip, although is predominately otherwise white with very limited flecking.