Another slice of the cachinnans pie

Returned to Dogsthorpe Tip today with John Saunders in an attempt to relocate yesterday's juvenile Caspian Gull and hopefully show him the ropes with a few immature YLGs. The weather was very disappointing, being cold and rainy throughout the three hours I spent on site. Nevertheless, within an hour I had located another Caspian Gull - this one being a massive 3cy bird looking for all intents and purposes like a 3rd-winter. However, it was still moulting it's primaries and one or two other bits looked like they were yet to be replaced. Big, bulky bird with a huge conk - must be a male: 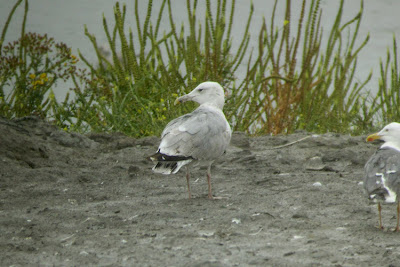 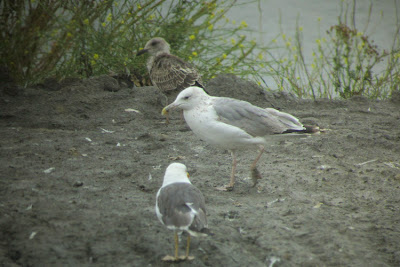 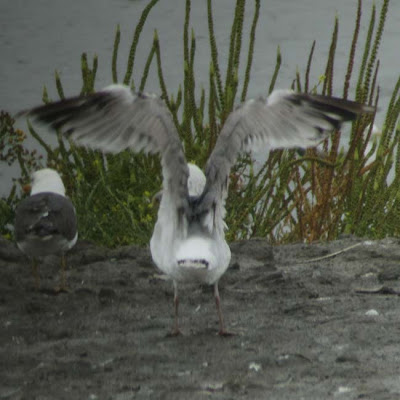 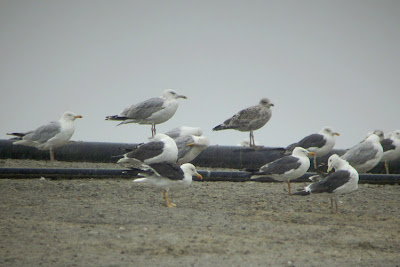 In the third (open wing) shot you can also see the white spot on the old P10 feather - a classic feature of 2nd-winter Caspian Gull if any confirmation was really needed.
In addition to this, yesterday's juvenile dropped back in mid-afternoon for 10 minutes or so allowing John some nice views to compare the bird to the surrounding juvenile Herring and Lesser Black-backed Gulls, as well as the couple of juvenile/1st-winter Yellow-legged Gulls we had observed earlier.

Despite the rain, a most rewarding afternoon.