Birds in 'the beast'

This week has become progressively colder in Lincolnshire, with up to a foot of snow having fallen in places by yesterday evening and the temperature having not risen above freezing for three days now. The so-called "Beast from the East" (vomit) has really tightened its grip over the past 48 hours.

I've not had chance to do any proper birding yet this week due to work, but a few bits of note. First of all, a single Lesser Redpoll visited my mother's feeders on Monday afternoon, just as the first few flakes of snow began to fall. 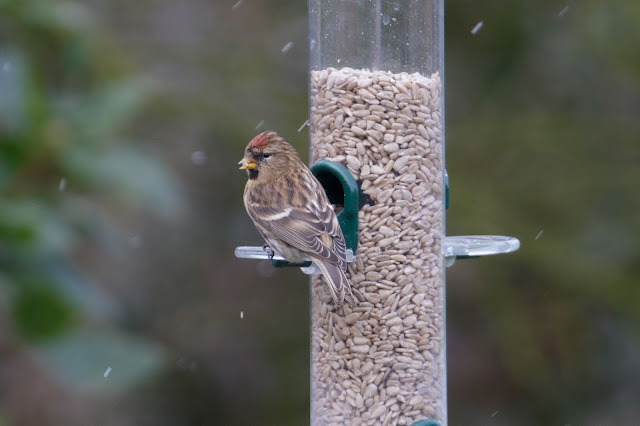 By Tuesday, the first good snowfall started to concentrate birds. Temperatures recovered slightly as the sun came out and the unfrozen pits at Baston and Langtoft held good excellent numbers of birds, including over 500 Wigeon, 16 Snipe, and around 350 Lapwings (with a couple of Golden Plovers), as well as three Pink-footed Geese. 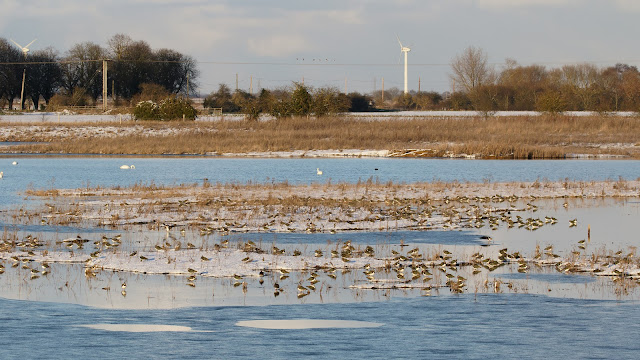 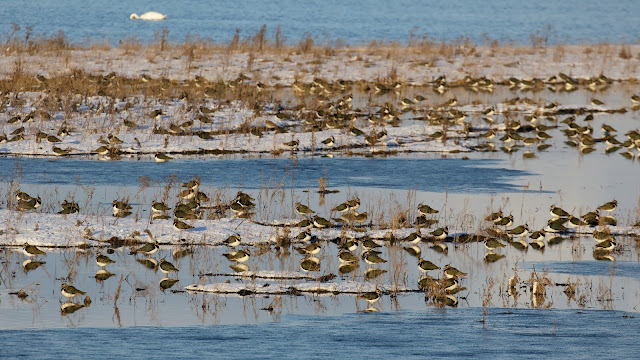 Northern Lapwings and a couple of European Golden Plovers on 27 February - these birds have since long departed as South Lincolnshire has become a freezer.

Today has been utterly bitter. Snow is drifting, covering and closing even the main roads. In some places it has drifted up to a metre deep - quite astonishing to see in Britain, particularly on the first day of March. I've been busy working and haven't had chance to get out birding, although I've been watching a male Reed Bunting busy around mum's feeders for much of the day and then a Fieldfare came in late afternoon to feed on the apples we put out. 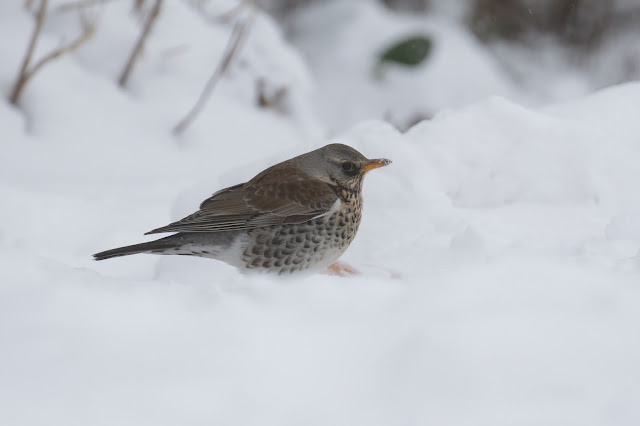