I was away in Paris over the weekend so news of the Glaucous Gull again at the WWT on Saturday and Sunday was mildly galling. I spent much of the day there on Monday failing to see it, though nine Little Gulls provided an enjoyable distraction; it's hard to get tired of watching these elegant birds. I recorded 58 species at the WWT on Monday with some notable omissions - not least the Firecrest which was found after I left! A male Little Ringed Plover was new for the year while other sightings included s/pl Water Pipit, Willow Warbler and an apparent hybrid 5cy Lesser Black-backed x Herring Gull (thought by some to be michahellis, but I don't buy that - primary pattern, structure and tepid bare part colouration all point away from YLG), at least the fifth such hybrid I've seen since I started watching gulls in this area last summer. A Thames-ringed gull was seen briefly and looked interesting, but I dismissed it as a Herring (more on that later). 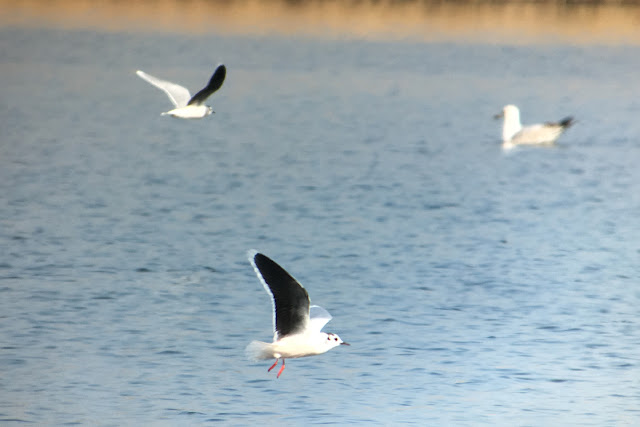 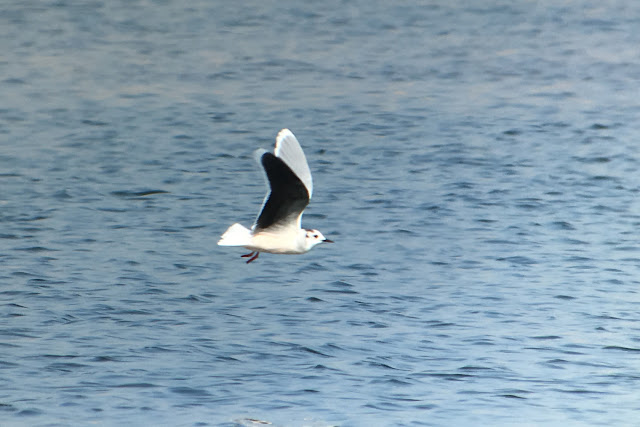 I didn't have my lens, so these handheld, phonescoped shots will have to do ...

As I cycled back from the wetland centre I had a pair of Mandarins performing well on the Thames and six of the Little Gulls circled over before heading back to the scrapes. As it was such a glorious day, I decided to work remotely from the banks of the Thames by the Old Ship pub. We'd been there about half an hour when a kettle of about 15 gulls circled over. One of these looked very white with the naked eye and, on lifting the bins, it proved to be the Glaucous Gull. It circled overhead for a minute or so, giving great views in the late afternoon sunshine, before drifting off west over Chiswick. Just brilliant - I never anticipated that I'd have a chance of both white-winged gulls on this stretch of the river in my first winter watching it.

I had a bit of time on Wednesday to sneak out to the river at low tide and was greeted by a 2cy Caspian Gull resting on the spit by the River Cafe. When it got up, it revealed a red ring - amusingly, the combination read 'G0UT'. I'm waiting for confirmation but it sounds like this bird was ringed at the weekend. Also present was 2cy Herring 'A4ZT', which has been hanging round here of late. Having reviewed photos, it turns out that good old G0UT is the ringed bird I saw poorly on Monday. 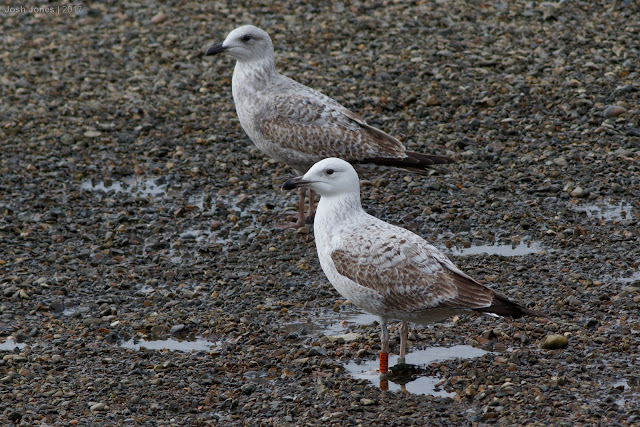 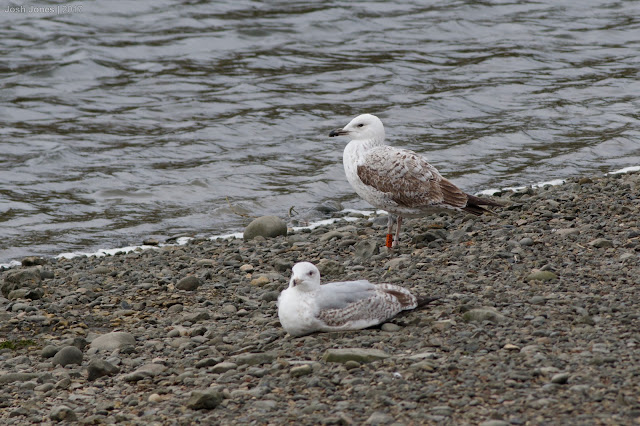 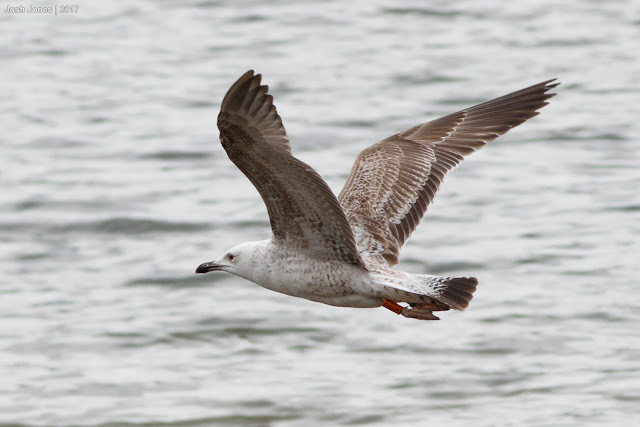 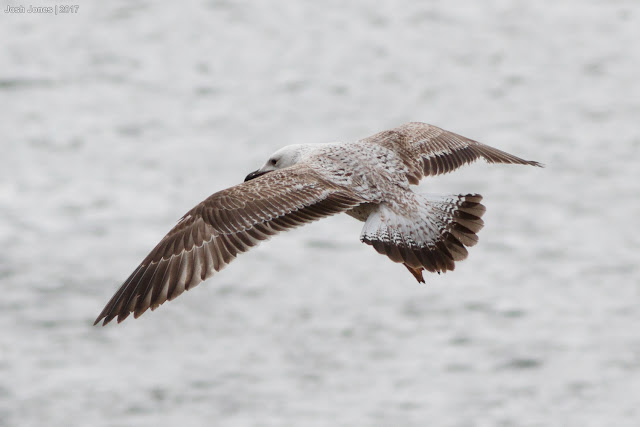 Last Friday, I added Black-tailed Godwit to my local year list after twitching one at the WWT. 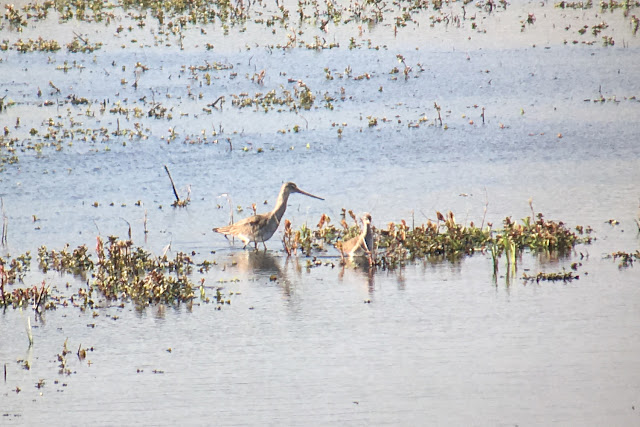