I had a slightly bizarre start to yesterday. I was out the back of Langtoft, doing a circuit of my old patch, when I noticed this Great Crested Grebe sat by the side of a the road. Immediate reaction was that it had been attacked, hit by one of the many HGVs using this road or had collided with power lines, which it was sat below. It was trailing its left leg, which was covered in blood, and its left wing also looked quite badly bloodied. 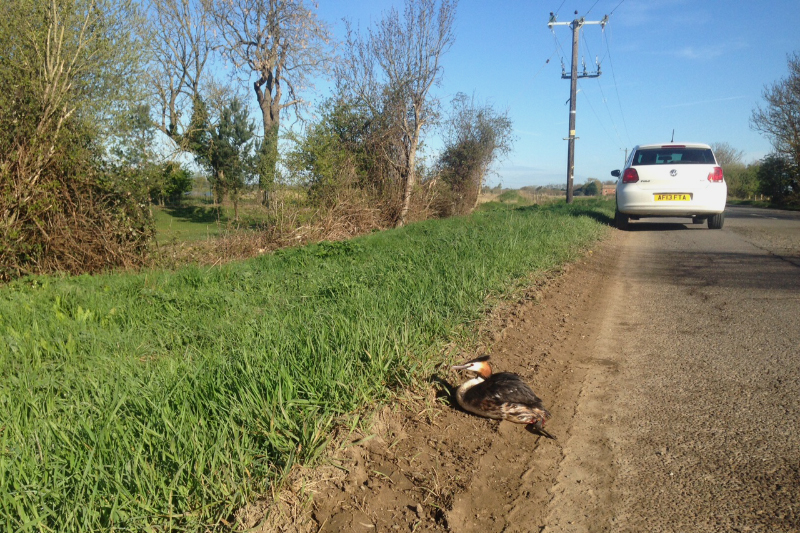 Having returned home for a box, I went back to pick the grebe up. It was quite feisty but obviously couldn't move, so was easy to catch. After unsuccessfully trying to contact local RSPCA branches, I took it up to the exotic pet refuge in Deeping St James. Quite miraculously, they were able to confirm that it hadn't broken any bones in either wing and the leg seemed OK, if a little sore and bloody. 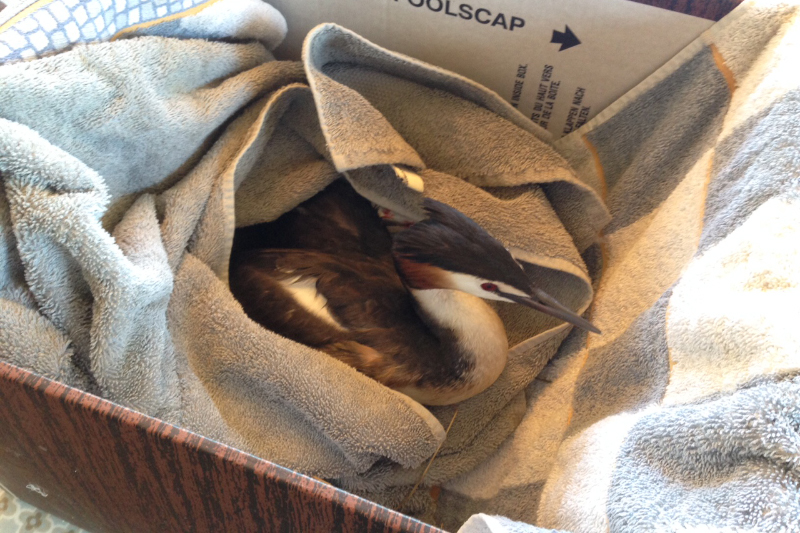 So with the prognosis positive I popped it in the car, drove it back up to Langtoft and released it at the gravel pits, at which point it gave me a rather sharp peck before swimming off - talk about gratitude! 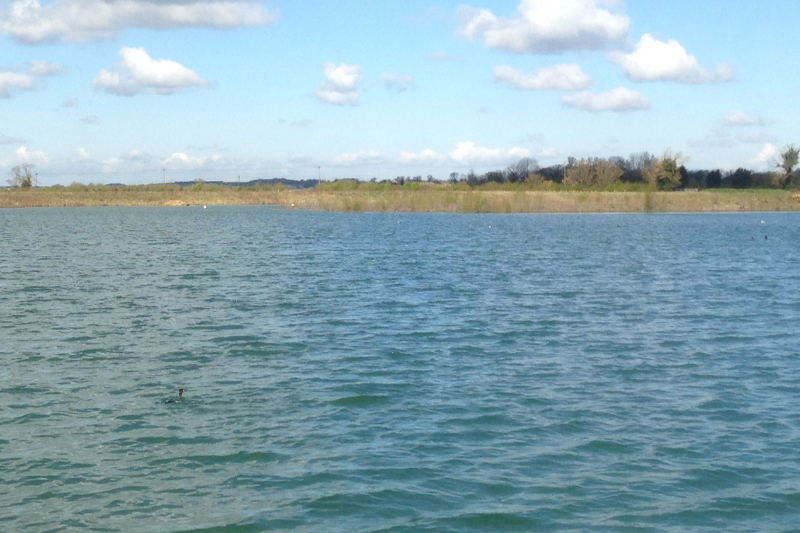