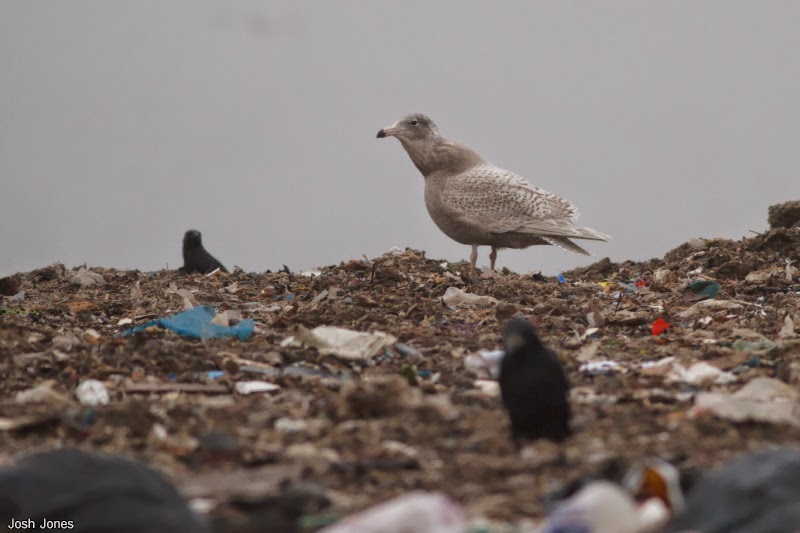 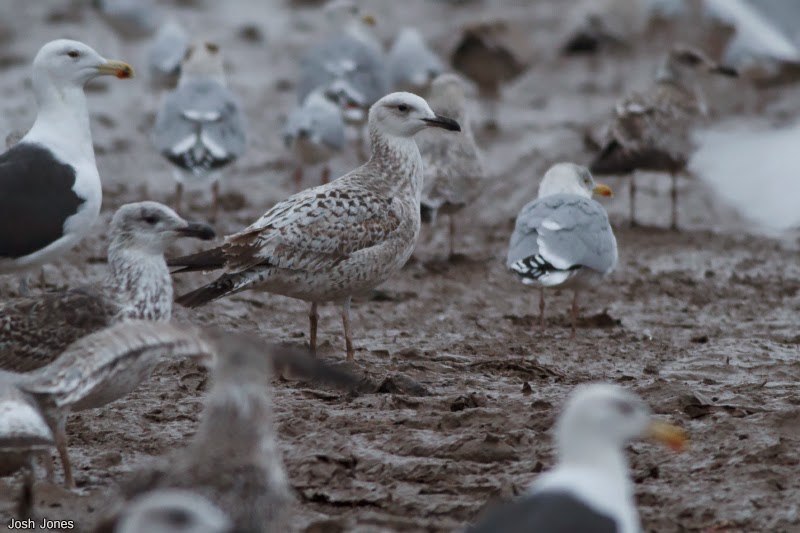 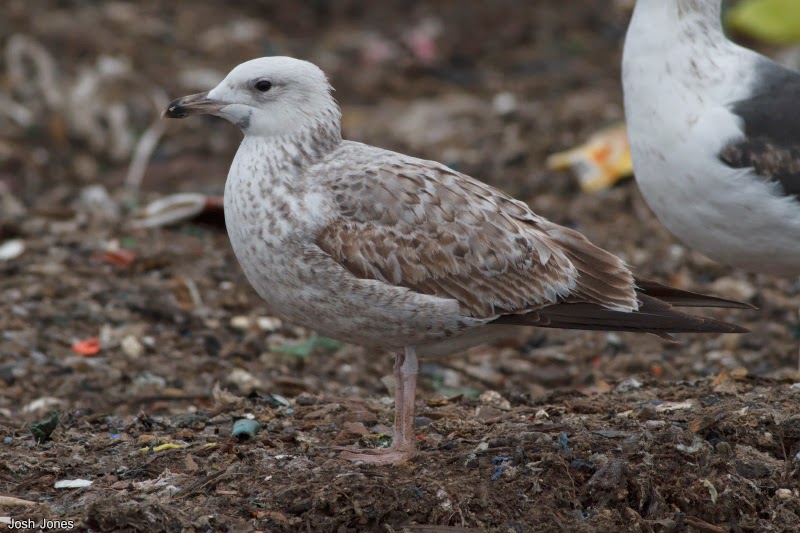 A couple of leucistic birds concerned a Herring and a returning Norwegian-ringed Great Black-backed that had Richard unnecessarily excited, having first seen it on the dump last year. Also a couple of presumed Glaucous x Herrings (or perhaps just pale Herrings).
Posted by Josh Jones at 23:30