Turning up a week or so before our trip, a Rock Sandpiper at Bodega Head instantly became one of our primary trip targets - not only are they pretty difficult to catch up with in California, but it was a bird that both Rich and Lee 'needed'. We failed to find it on our first evening but, returning the following morning in better light, Rich located it low on the rocks off the headland in the company of Black Turnstones and Surfbirds.

Views were initially pretty poor (distant and looking down on the bird), so I made the decision to scramble down the cliff for closer views, which soon paid off. First the bird remained quite distant (click for larger versions): 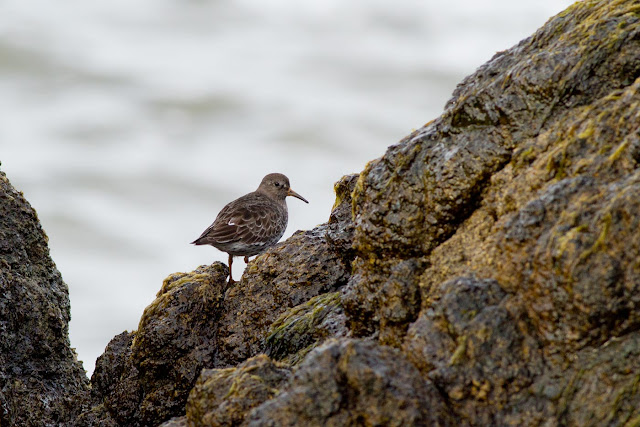 ...but soon showed to ten metres: 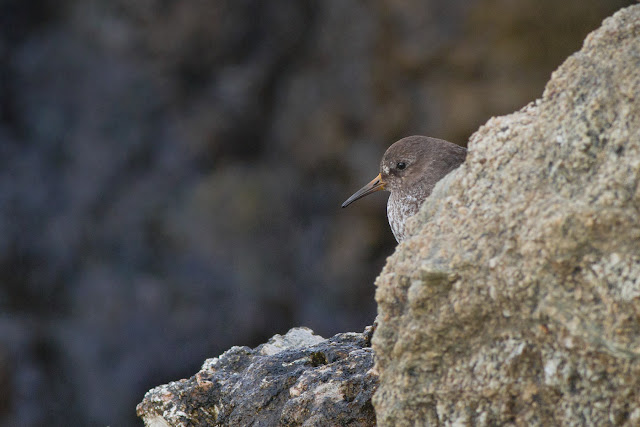 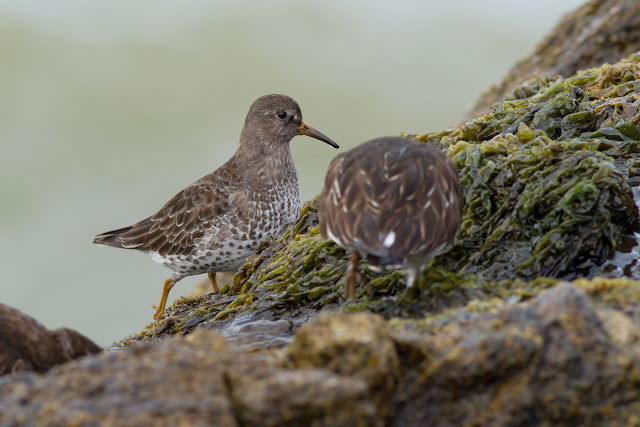 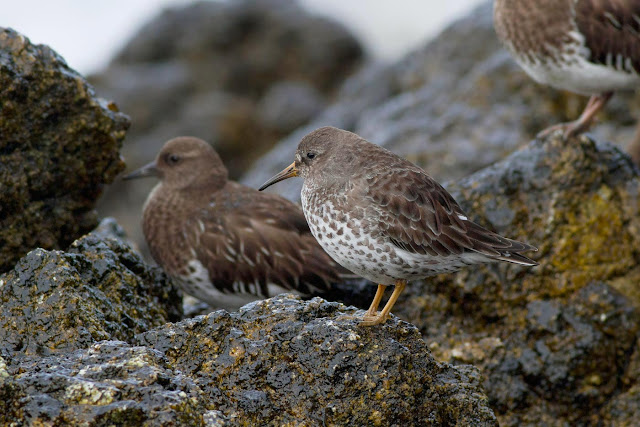 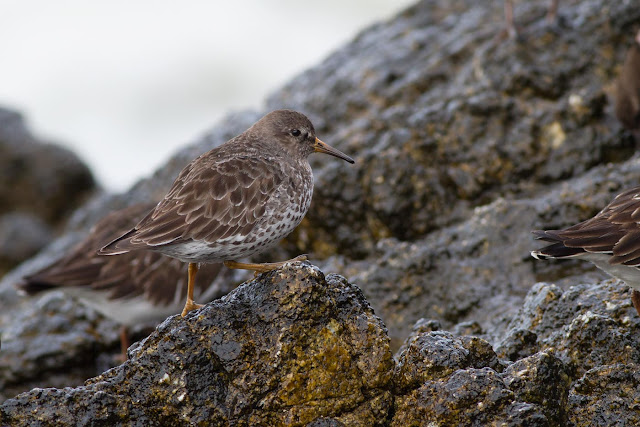 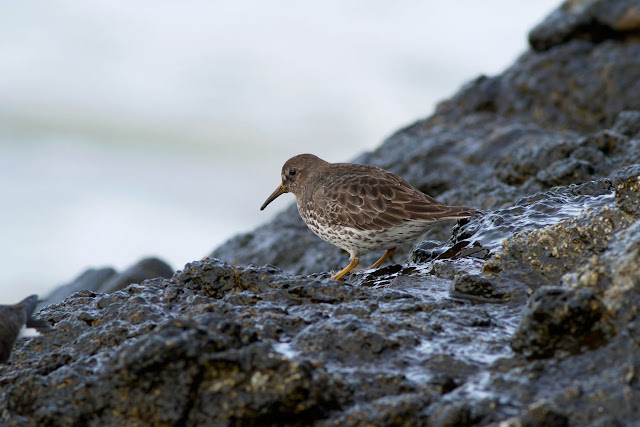 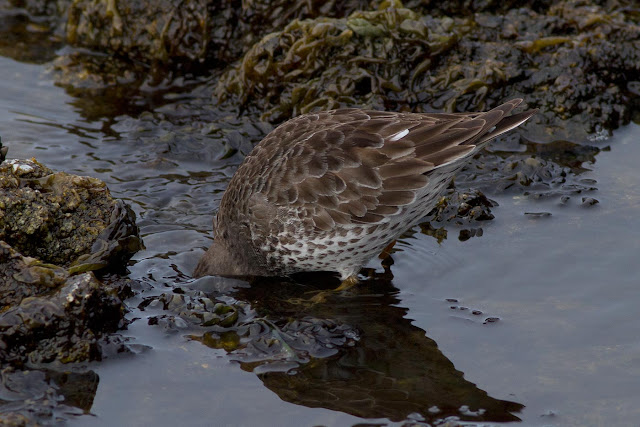 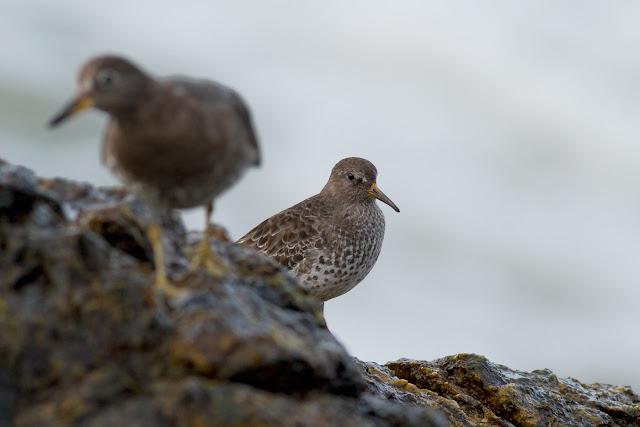