Back in the Peterborough area for Christmas now, which allows me to get out and do some local birding for a change. At the time of writing (2oth Dec), everywhere has frozen up in what is one of the coldest Decembers for a century. Water-based birding is therefore out of the question, so I've stuck to what I know best around here - gulls. Within five minutes of arriving at Dogsthorpe Tip on Friday, I had a winger flying around - from poor flight views it looked like a Glaucous. Further flight views with Mike Weedon confirmed it was indeed a Glauc, but I didn't see it again in three hours.
Mid-morning on Saturday, Mike rang to say the bird was still at the tip, and was indeed a 2nd-winter with unusually dark iris. Turns out it was the same bird which has been touring the Midlands over the past couple of weeks: 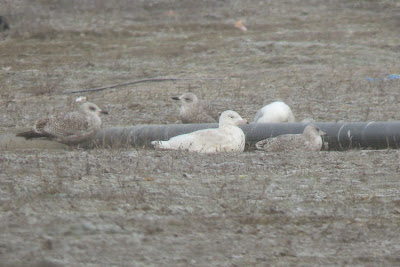 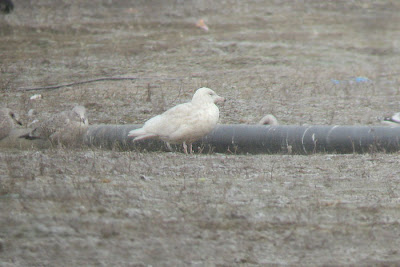 Otherwise, there was nothing really of note, save a few nice argentatus Herrings such as this pale individual: 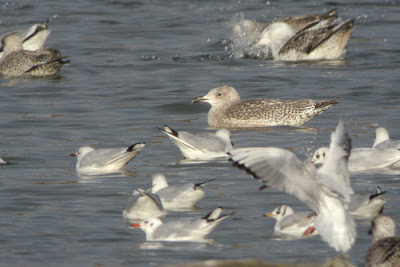 I've also been trying to track down redpolls locally but so far it's been very frustrating.
Posted by Josh Jones at 09:33