All in all, a fairly low-key weekend. On Friday I joined Peter Alfrey at Beddington for a couple of hours. We enjoyed the (very white) juvenile Glaucous, the regular juvenile Iceland and a chunky first-winter Caspian among the large numbers of gulls using the (for now) still-active landfill site. I also glimpsed a Mediterranean Gull, which I think gripped Pete off a bit as they've gone very scarce here in winter. 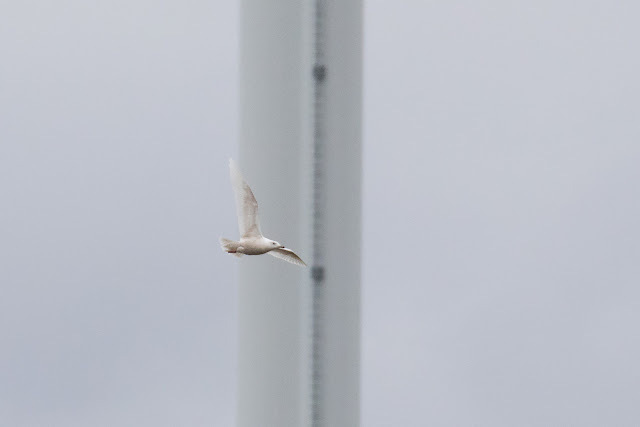 Glaucous Gull flies in front of the Beddington 'Death Star' - much more on this obscenity at Pete's blog.

On Sunday I popped over to see the Horned Lark at Staines, but it was favouring the south side of the causeway and, on a bright morning, was therefore into the sun all the time. The drake Greater Scaup was on show at the north-west end of the South Basin. Then, in the afternoon, I headed over to the WWT, which was pretty quiet - a 2cy Yellow-legged Gull was as good as it got. 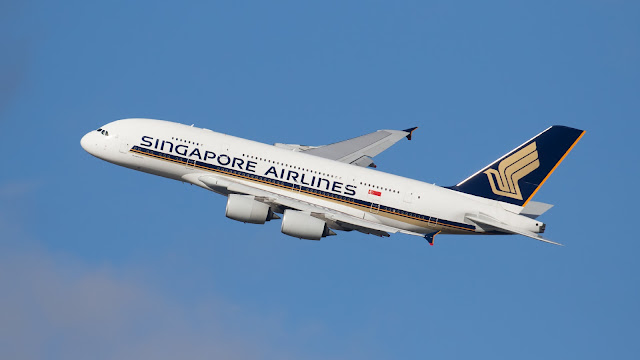 The only thing I photographed at Staines on Sunday - A380 aircraft always look impressive in the air!
Posted by Josh Jones at 22:22