A good first day of 2018 at the WWT - or rather afternoon, as I didn't get out until gone 1 pm (and not because of a heavy night).

One of the first birds on to the 2018 list was Greenfinch, a species which took me the best part of a month to connect with at the start of 2017. I've seen quite a few already this winter, so perhaps they've had a better year than of late.

Highlights throughout the afternoon included nice views of a Bittern sat up in the reeds, a pair of European Stonechats showing well and a Jack Snipe in full 'bob mode'.

Of course my attention is always drawn straight to loafing gulls on the main lake and wader scrape. With the tide right up throughout daylight hours making gulling on the river a non-starter, the reserve was my only hope. A reasonable initial tally of 80 Herring Gulls was logged, and among them I soon picked up what looked like a third-winter (4cy) Caspian dozing among those gathered distantly on the wader scrape. A couple of hours later and the bird became a bit more active, soon confirming its identification as a rather smart Casp. 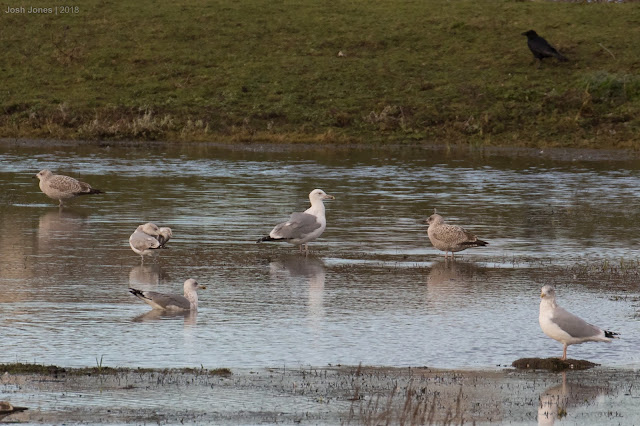 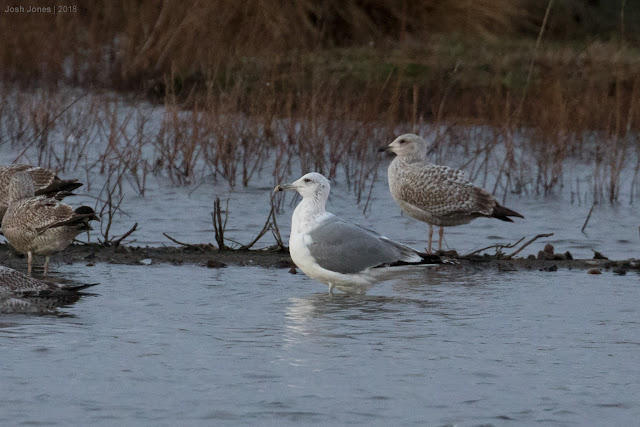 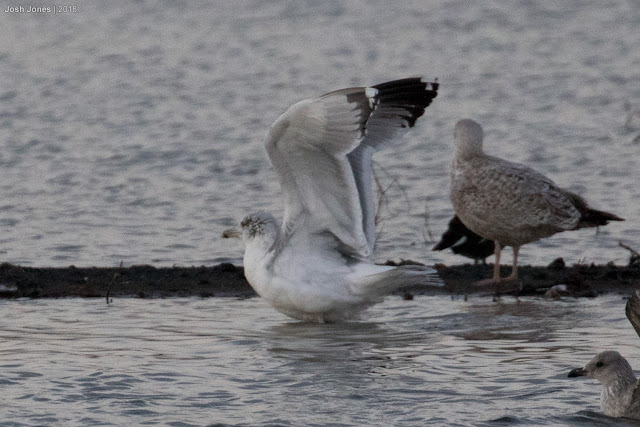 There's always turnover here during the afternoon although, a couple of Herring x LBB hybrids aside, nothing else of interest was seen until after sunset, when a flurry of gulls of arriving gulls revealed a second-winter Yellow-legged Gull and then what immediately looked to be a familiar face, soon confirmed by a red ring inscribed 'G0UT'! This was the first time I've seen G0UT since July and my, what a disappointment. There's no doubt it's got Caspian in it (and that predominates), but it must be a bird from one of the mixed colonies in Germany - look how generally retarded the plumage feels (a la 3cy Herring rather than Casp), and those extensively pale-fringed tertials, as well as the rather stubby bill. All a bit grim, but nice to know it's still around and I look forward to watching how it develops in the coming months. 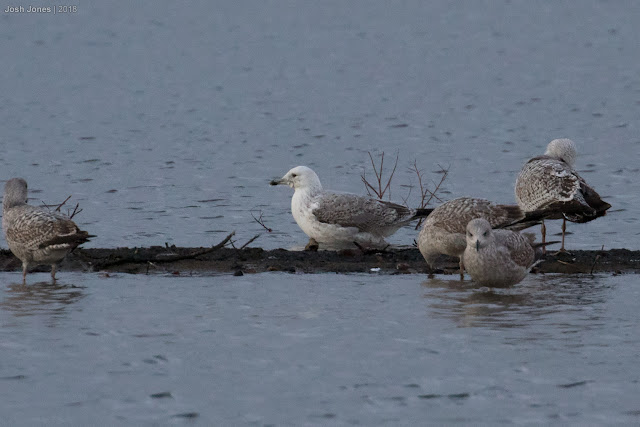 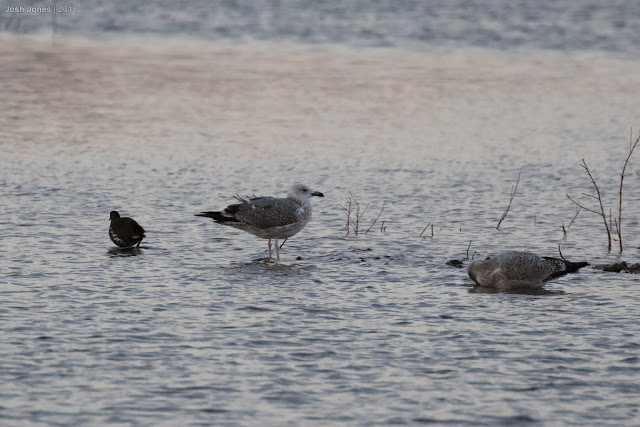