Back on 22 August - the morning after Birdfair - I popped over to Frampton Marsh to meet up with warden Toby Collett to take a look round and see what the RSPB does to manage this brilliant reserve. I've written an article on my visit, which can be read on the BirdGuides website.

It so happened that my visit coincided with a massive arrival of Curlew Sandpipers - they were literally everywhere, flocks were coming and going and their calls echoed around the reserve. We counted over 200 by the end of the morning, all but a few being fresh juveniles. 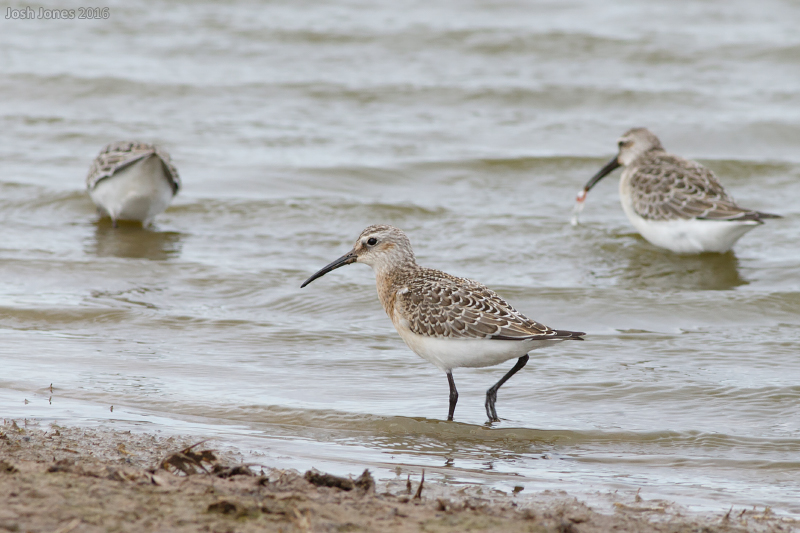 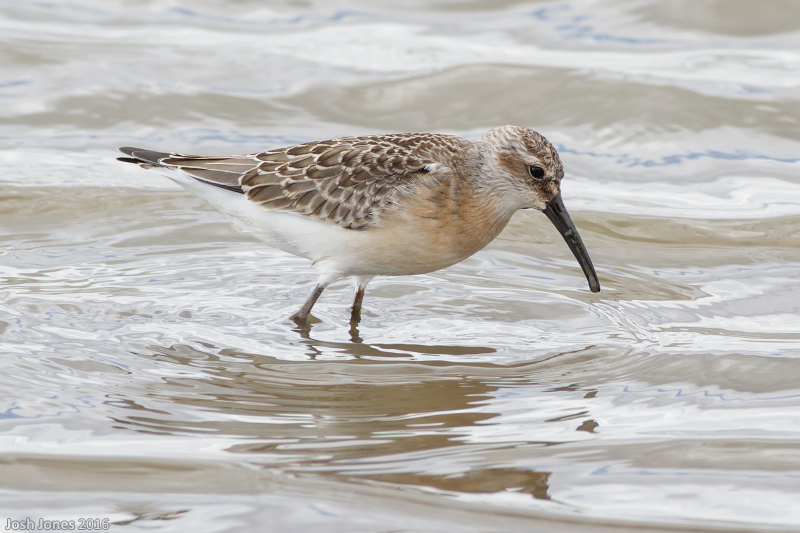 As well as this there were a minimum of 10 Little Stints, several Spotted Redshanks, hundreds of Black-tailed Godwits and Knot plus four-figure numbers of Dunlin. It was among the latter that I found the undoubted highlight of the morning ... a leucistic bird! I've never seen leucism in any shorebird before and although it's documented in many species, I can't recall ever seeing photos of a Dunlin quite so white. Amazing looking thing, particularly in flight when the closest thing it resembled was a miniature Fairy Tern or Snow Petrel! 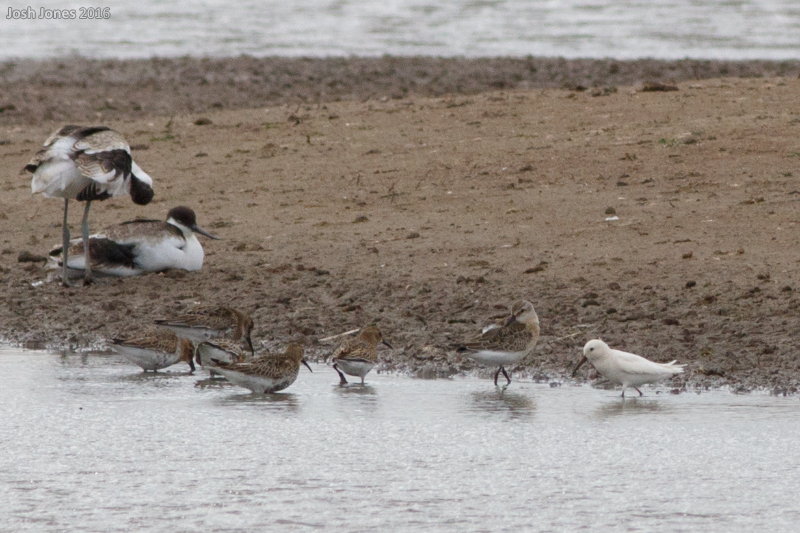 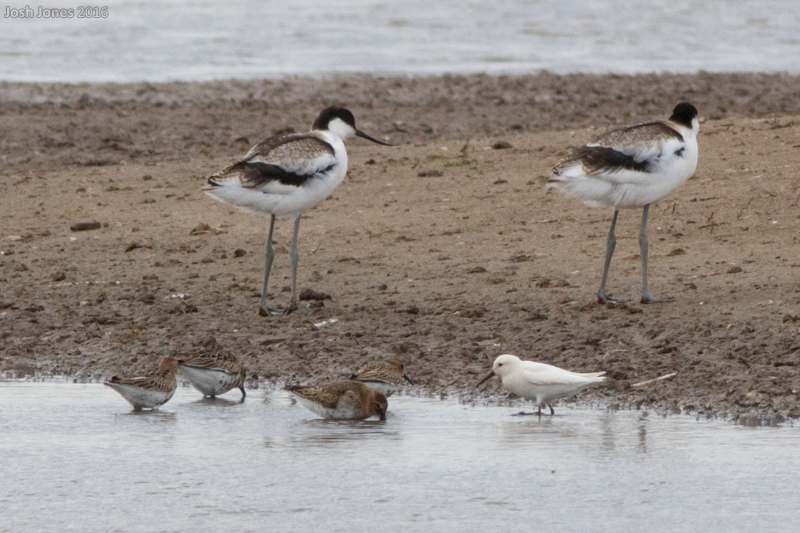 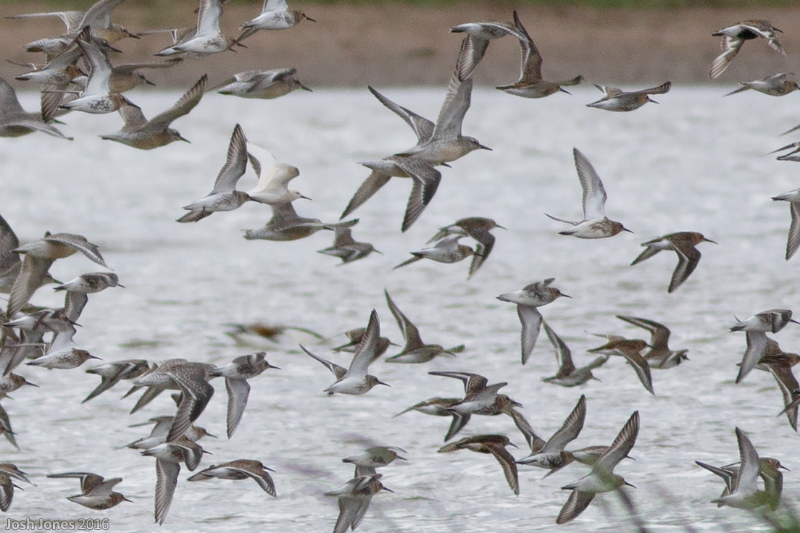 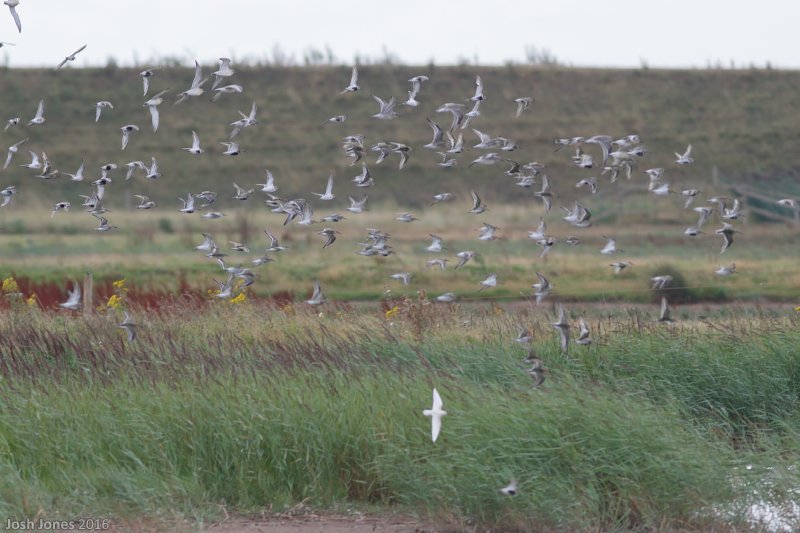 Frampton is absolutely stuffed with birds. It must be a brilliant local patch, although I'm amazed Toby and the team get any work done here with so many distractions constantly on show! I wish I could visit more often - it certainly felt a bit of a non-event when I was checking the gulls on the Thames in Chiswick later that day! 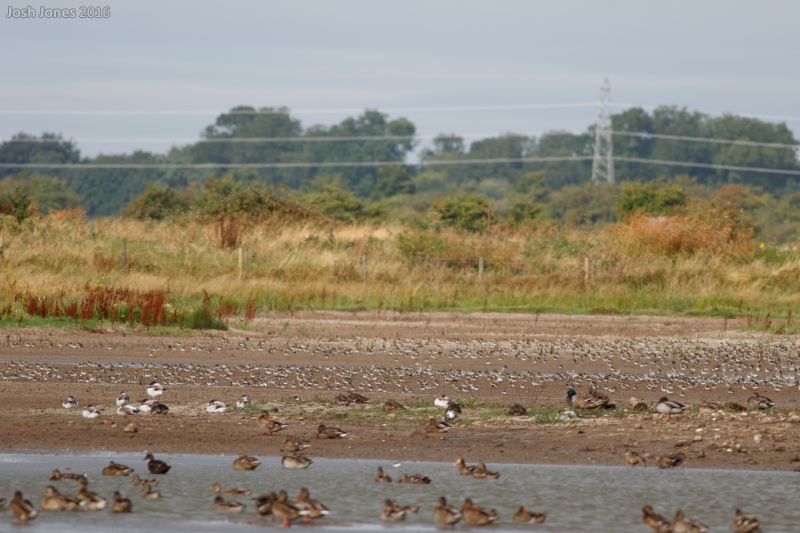 Waders and wildfowl cover the scrapes at Frampton Marsh
Posted by Josh Jones at 17:18