After a visit to Dogsthorpe on Saturday morning with little more than brief views of a 2cy cachinnans to show for the effort, I was surprised (and a little gripped!) to hear that Jonathan Taylor had scored both Iceland and Glaucous Gulls on the tip yesterday. Popped over this morning and was pleased to find both were behaving extremely well on the predominately frozen Star Pit. It's been a while since I've seen any gulls on the pit there, let alone good ones, and so it had a rather pleasant 'old school' feel to it - I remember ticking Caspian Gull here about ten years ago!

I've seen quite a few white-winged gulls in Peterborough over the years, but this is the first time that I actually had two in the same 'scope/camera view. I've had two on the same pit before, but never side-by-side! 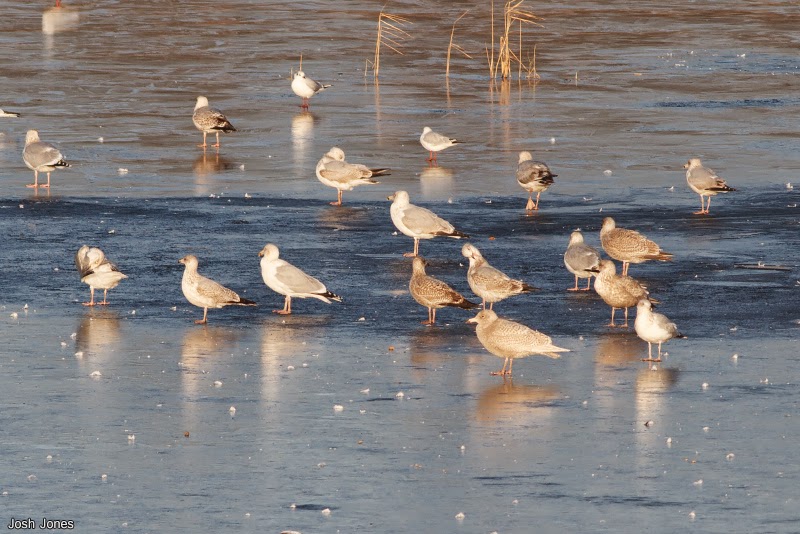 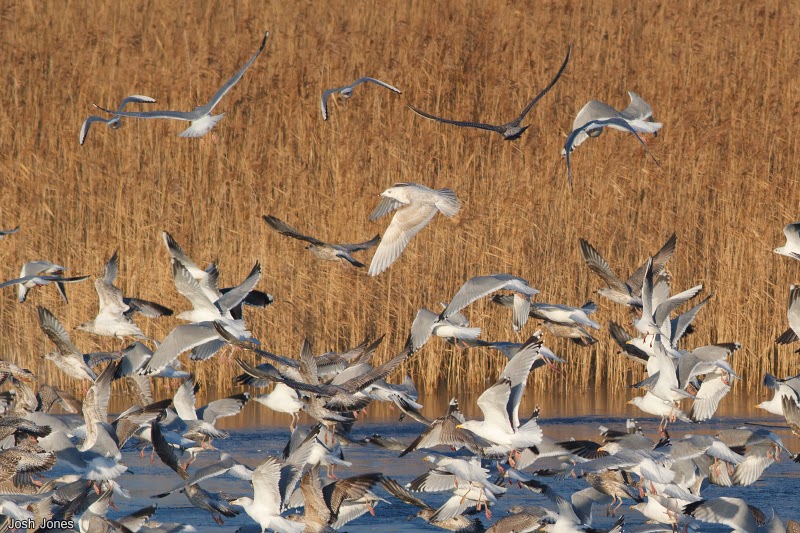 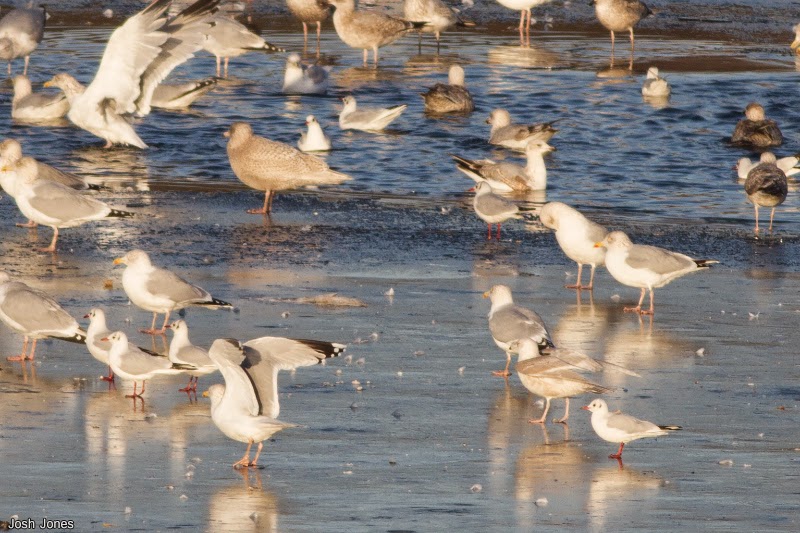 Not much else today save for a confiding pair of Stonechats at Baston Fen, where there was also a Barn Owl hunting (but not SEOs). 85 (eighty-five!) Red-crested Pochards and 23 Shoveler on my patch. Another glorious winter's day.
Posted by Josh Jones at 22:56