Since returning from Russia, my birding has been limited to the Great Knot twitch and the odd bits and bobs seen while on forays for non-avian targets - results have not really advanced much beyond the odd Yellow-legged Gull and Spoonbill.

Flowers, on the other hand, continue to be a source of inspiration for excursions in what has been a very pleasantly warm and settled July so far. That said, the morning I traipsed round Holkham looking for Creeping Lady's-tresses was frankly miserable - damp, dreary and definitely depressing, at least until I stumbled upon my quarry. Which were fantastic! 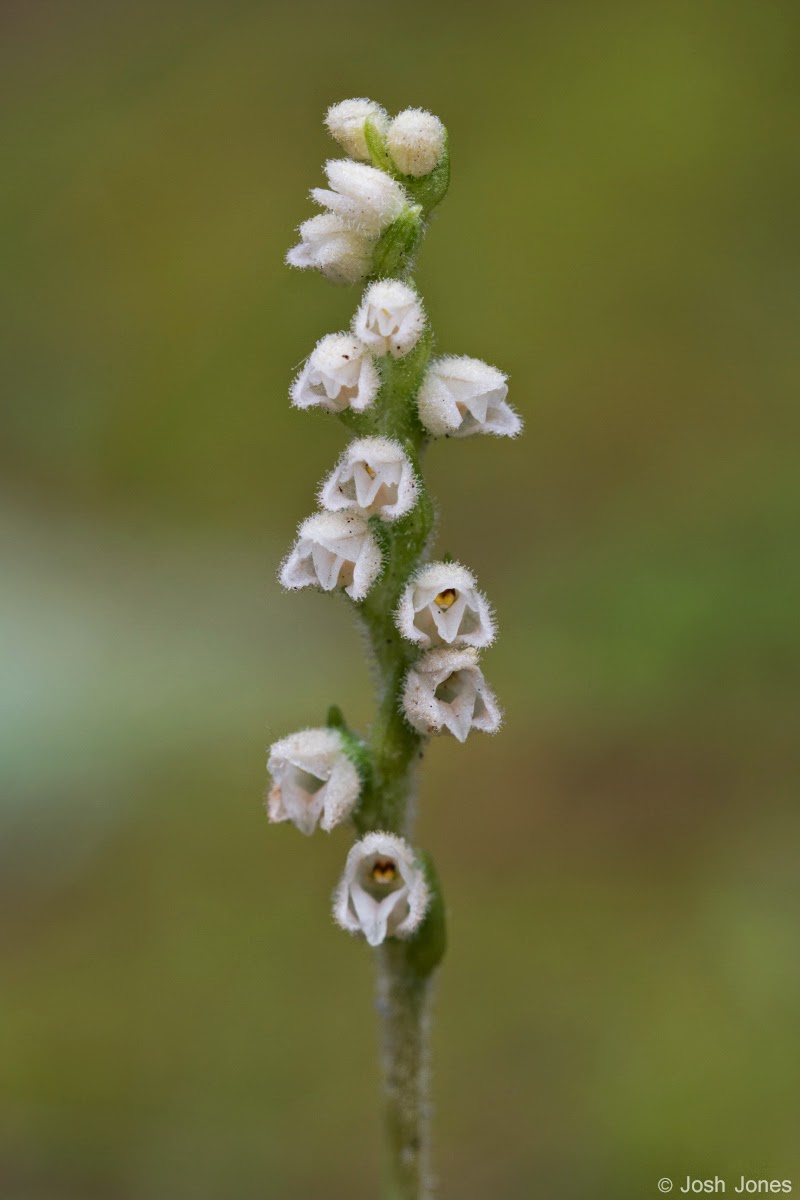 Creeping Lady's-tresses: most just opening up, but this one already looking great

This week on what was a very warm Monday, I popped down to a Surrey reserve not too far from me for Narrow-lipped Helleborine, another news species for my burgeoning 'orchid list' (if I kept such a thing). Given it's a small site and many of the orchids are caged, it didn't take long to locate them. This species is about the only thing going in the darkness of the beechwood understory, and photographing them in low light is actually quite difficult with such slow shutter speeds on the macro lens - especially if there's a light breeze blowing the plants about, as there was that morning. As such I improvised by using the torch on my iPhone to illuminate the plants, naturally giving better lighting and improved shutter speed. 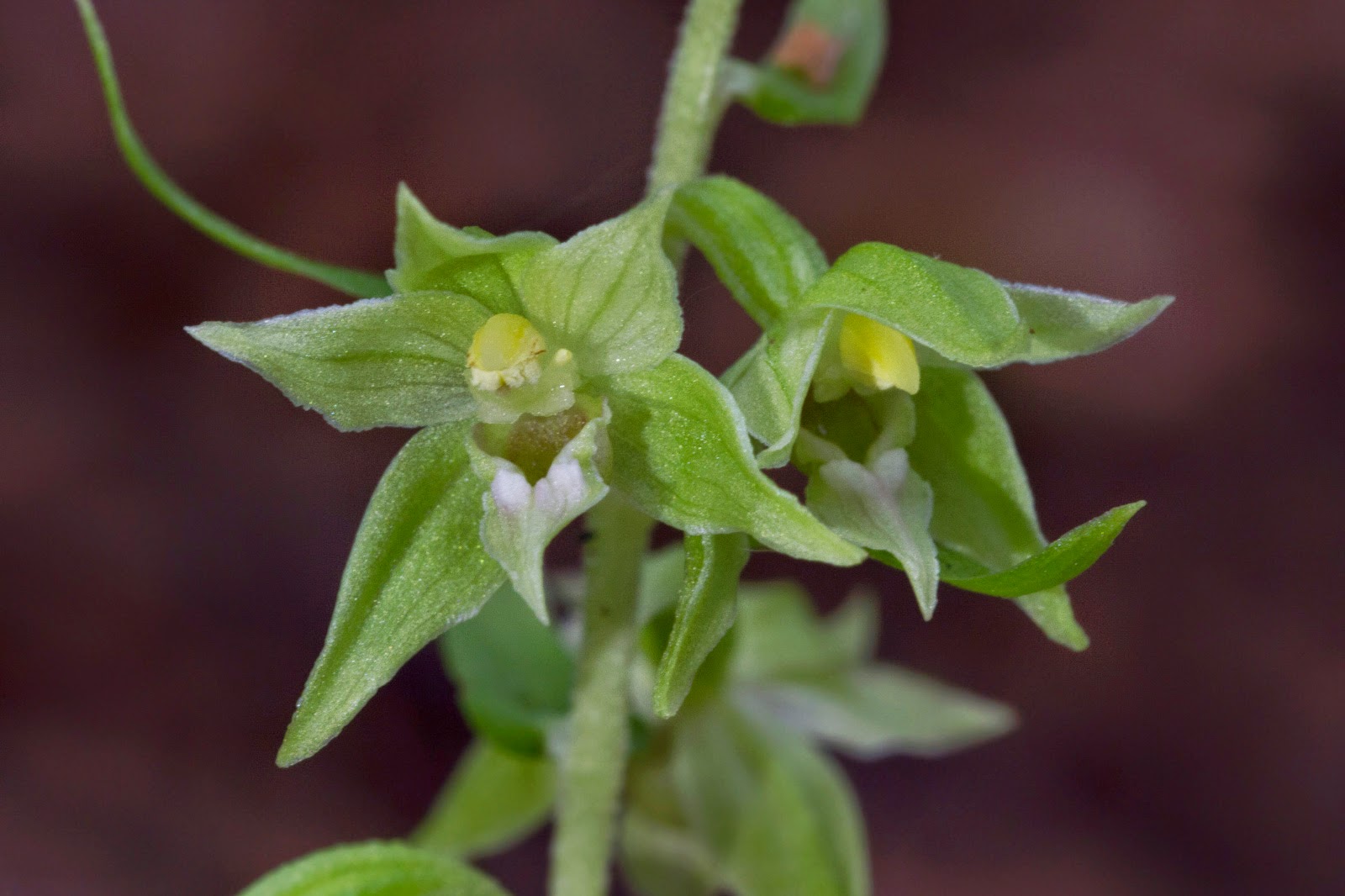 Narrow-lipped Helleborine in all its glory

In an open area nearby, Broad-leaved Helleborines were looking spectacular - not quite at their best (which will come in the next week or so), but impressive nonetheless. Many were approaching peak condition and a number of the plants were impressively altitudinous; one particularly regal and imposing specimen must have been at least a metre tall. 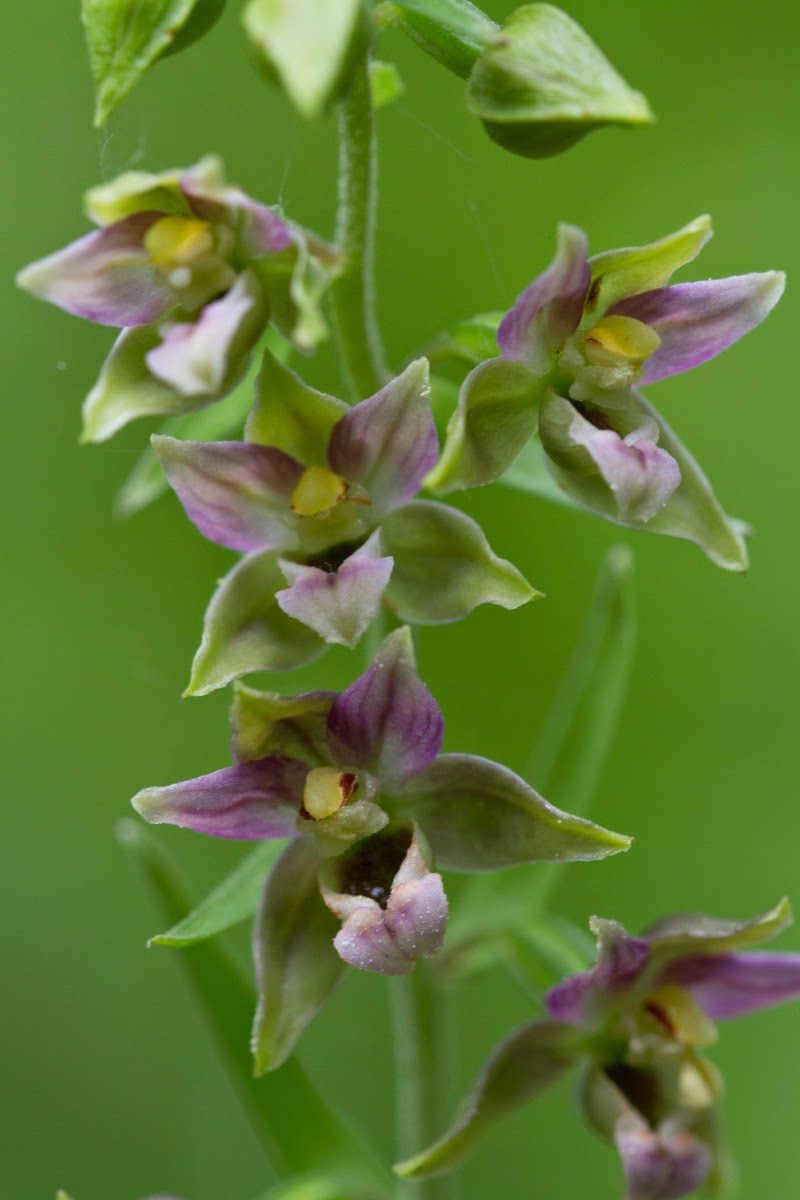 It's getting towards the end of the orchid season now but I've had some most enjoyable mornings out this spring and summer, visiting many sites I'd not been previously (and would probably never visit anyway). With plenty more targets for next year (plus some species revisited, no doubt), there's still no shortage of stuff to go at.

More images at my Flickr page: flickr.com/jrmjones
Posted by Josh Jones at 11:11