I've had a busy weekend, moving house over both days and playing cricket with James' team on Sunday afternoon (63 runs in my first innings for five years). Photos emerged of a Subalpine Warbler at Landguard on Friday evening that clearly depicted it to be of the Eastern race (albistriata) - not a split but a new form for me in the UK. Surprise news after a clear night saw the bird still there on the Saturday morning and so I sneaked away from packing/unpacking boxes in time to arrive in Felixstowe early evening. Enjoyed great views to just a few metres (bird often too close to focus on with my 400mm) with Marc, Kev et al over the following hour or so; what a stunning creature - a nice adult by the looks of things. The bird was restless and I never really managed the glorious shots I had envisaged taking as I made my way to the site, but some decent results nevertheless. 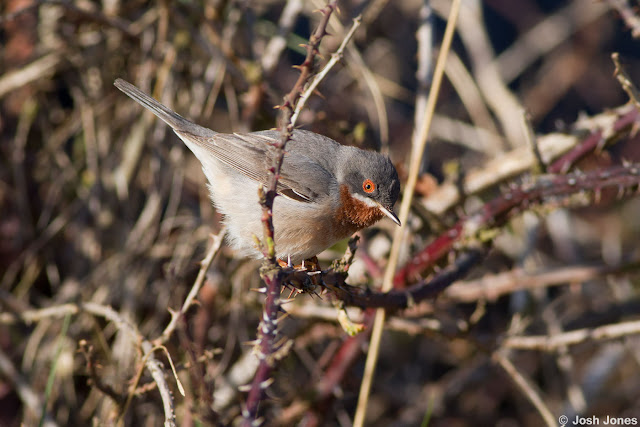 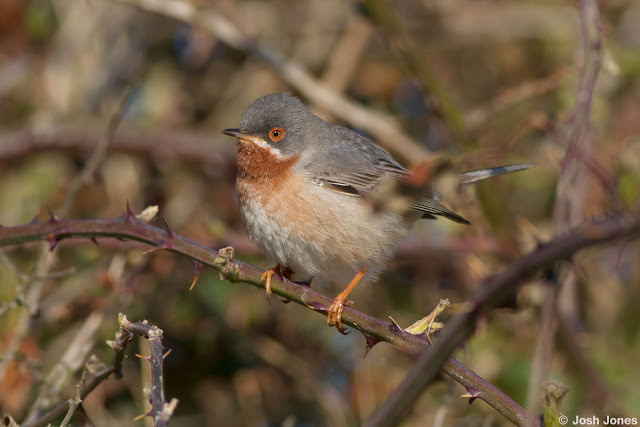 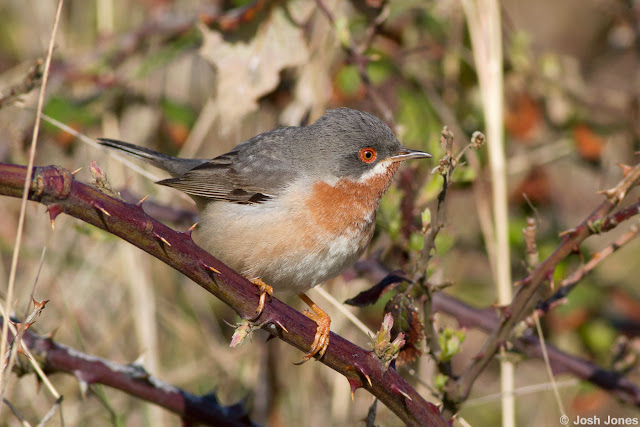 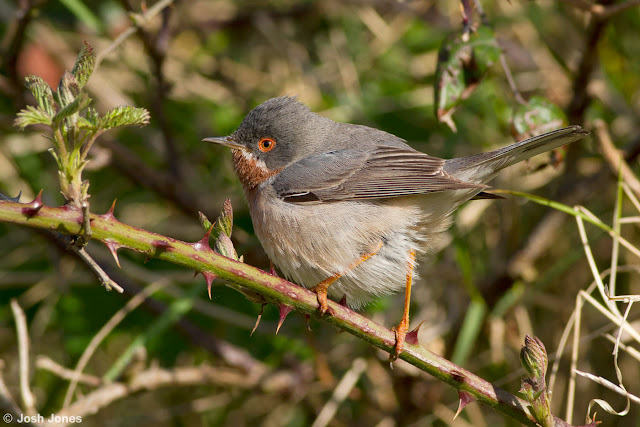 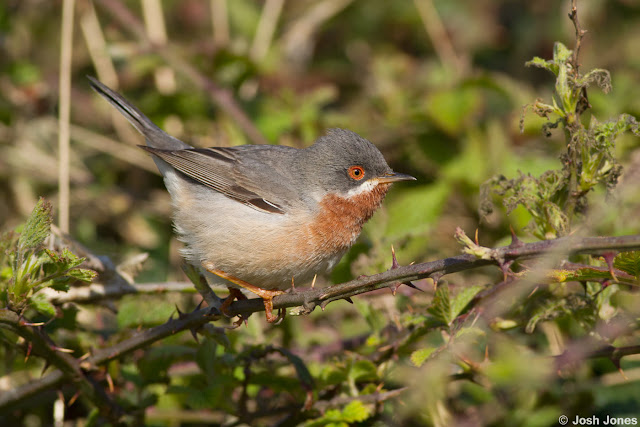 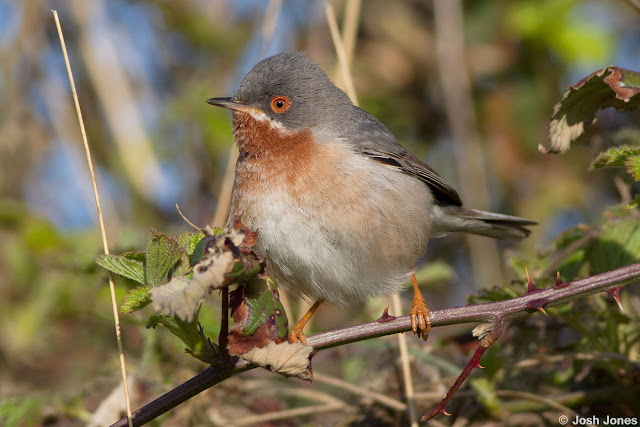 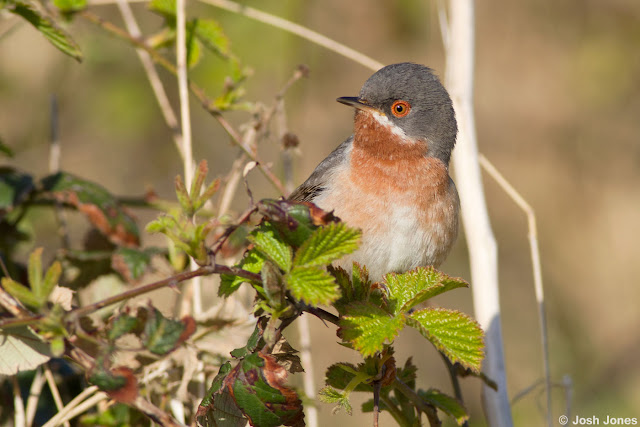 Even managed to get home at a reasonable hour to get on with further packing before retiring to bed. Off to Italy this weekend coming, hoping for some Brown Bear/Rock Partridge/Cat C action. Hopefully have some decent shots to post...
Posted by Josh Jones at 12:38