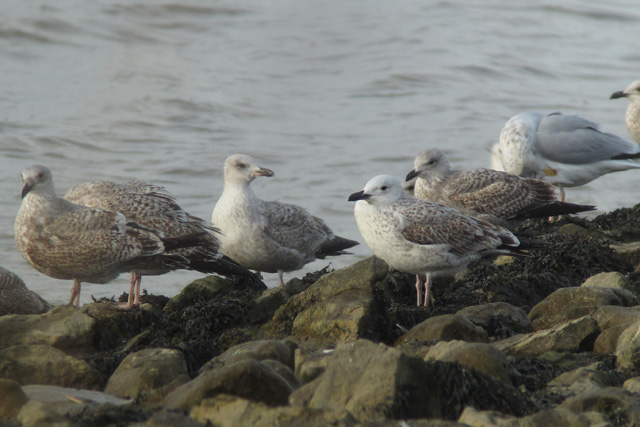 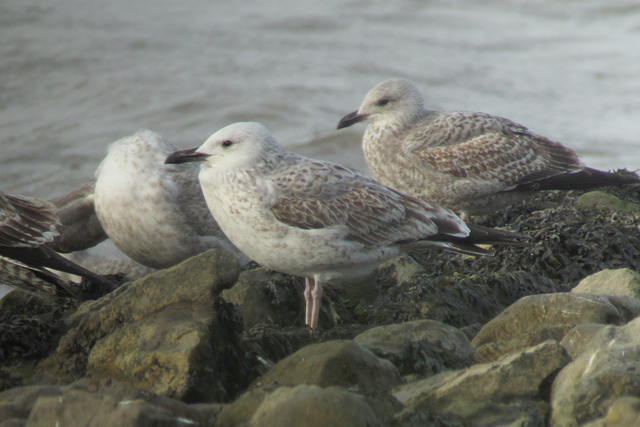 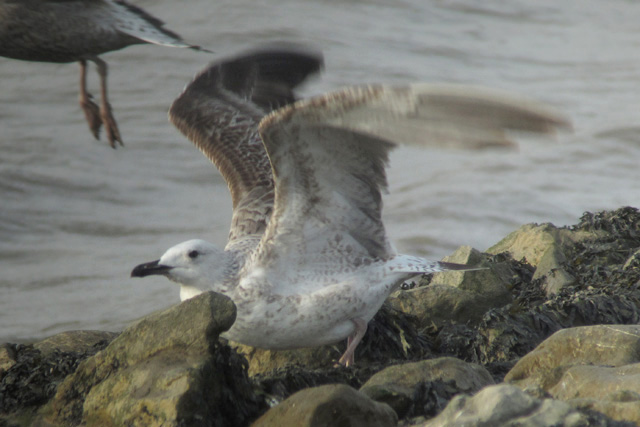 This first-winter Caspian Gull showed well on the River Thames foreshore late morning until flushed by loud youths on bikes. A further two birds - both adults - were seen on the tip in addition to 15 or so Yellow-legged Gulls.

Note that, in contrast to some messages that have been broadcast, the majority of gulls are NOT at or by the stone barges. I've encountered three independent lost birders on my last two visits to the site. The best place to see gulls is by walking east along the riverside footpath for 300m from Coldharbour Lane. Birds commute between the tip and the River Thames here, and good views can be had of birds either bathing on the river or on the foreshore itself.
Posted by Josh Jones at 22:32