Late on Sunday evening, I arrived back from a typically exhausting trip to Morocco. I've visited the country twice before (April 09 and July 10), although still hadn't seen several of the more localized species which occur within its boundaries. Accompanying me were Dan Pointon and Will Soar, who had both visited on one occasion previously.

Prior to our visit, I had targeted seven species and a further two subspecies which I had not been previously. Just two of these species were not observed; details of each can be found below. If anyone wants further details (and GPS) for these or other species, please do not hesitate to email me.

*Marsh Owl: three birds seen on the west side of Merja Zerga during the evening of 25th.
*Double-spurred Francolin: three seen in flight c.2km north of Ben Slimane during the morning of 26th (JJ only), while at least two were heard at the traditional spot at Sidi Yahya on 1st July.
*Fulvous Babbler: remarkably, I had not seen this species on either of my two prior Moroccan visits despite searching. Once again, they proved relatively difficult to pin down, although we eventually located a family party of at least six individuals on the western outskirts of Errachidia.
*African Desert Warbler: several birds were seen in the 'usual' wadi c.5km along the track to Cafe Yasmina, by the 'Yasmina 9km' sign.
*[Western] Mourning Wheatear: a first-summer male was located in the hills c.14km west of Tinghir on 28th. This has been a regular spot for sightings during spring 2012. A male was also seen distantly in the gorge c.2km west of Imiter on the same day.
*[Pharoah Eagle Owl]: although there was plenty of faeces distributed all over the regular sites west of Rissani, we failed to find the species there. We also failed at the Mourning Wheatear site above, although finally connected with a single adult in the gorge south of the main road c.2km west of Imiter on 28th.
*[Saharan Olivaceous Warbler]: we found this striking race of Eastern Olivaceous Warbler to be fairly common across the southeast of the country. First seen in the Ziz Valley north of Errachidia on 26th, we also found plenty in the lush wadi c.20km west of Errachidia, as well as near Rissani. They were also abundant in tamarisks at Barrage El-Mansour, Ouazarzate at dawn on 29th, with many singing.
African Dunn's Lark: we could not locate the regular bird(s) at the Desert Warbler site; presumably they disperse following the breeding season.
Egyptian Nightjar: despite intense searching of the wadis north of Auberge le Tresor, we could not locate any birds. Striking a piece of rotten luck, we found that the hotel at Derkaoua (quoted as almost guaranteed at dawn) was closed, and no nightjars were found in the area. 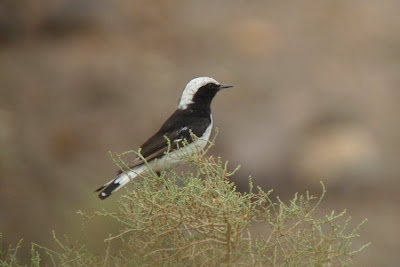 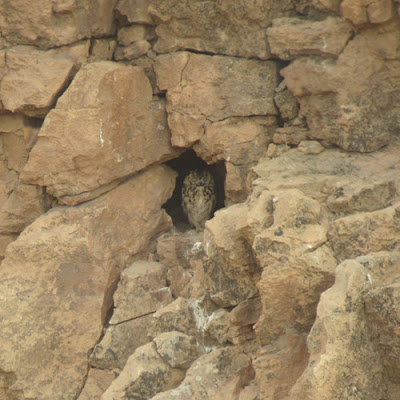 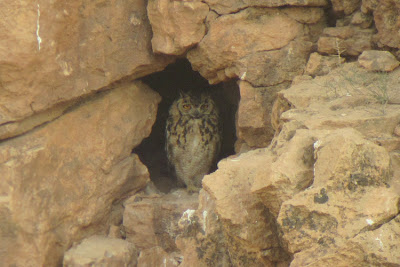 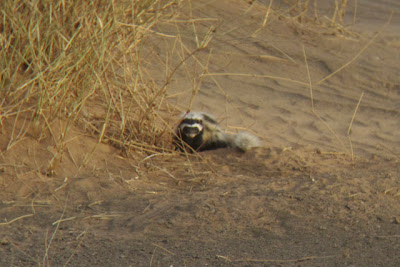 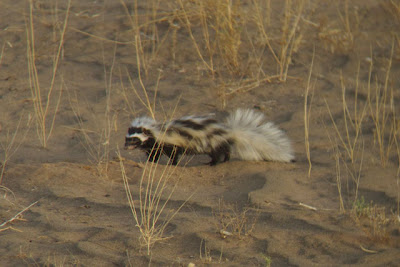