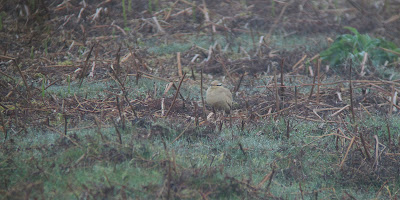 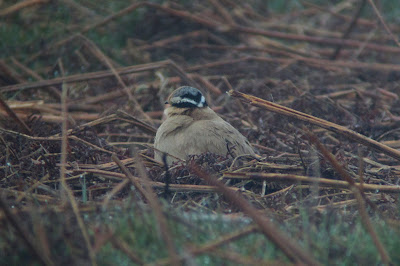 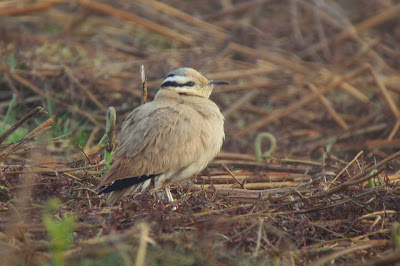 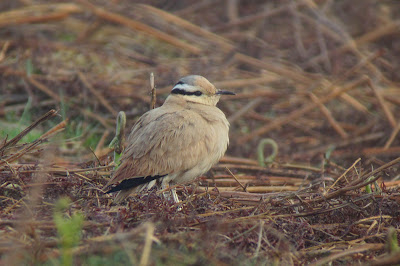 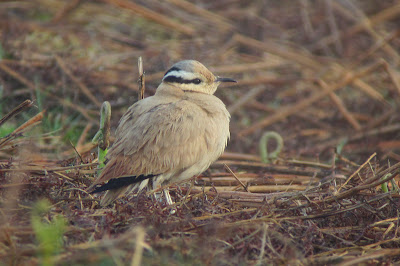 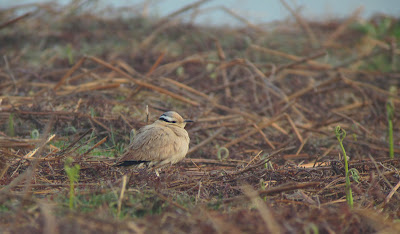 Spring is back with a bang! This must be one of the most outrageous records of the 21st century - a spring adult Cream-coloured Courser atop Bradnor Hill, in rural Herefordshire. Found late during the evening of 20th, news was broadcast at 22:45 and I was on site with Ash Howe, Dan Pointon and just eight others for 04:00. Didn't take long to find the bird preening amongst bracken on the north side of the eighth fairway, just as the light was improving at c.04:40 - pic 1 sums up initial views. I called everyone over and we watched the bird - almost continuously in view and as close as 20 metres away - for the next two hours. Will remember this one for a long time, not least for the fact that many didn't even hear about it until they woke up this morning, by which time we'd already left the site!!
Posted by Josh Jones at 18:37