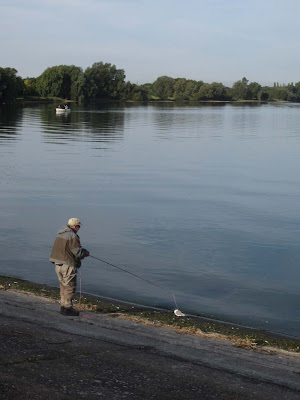 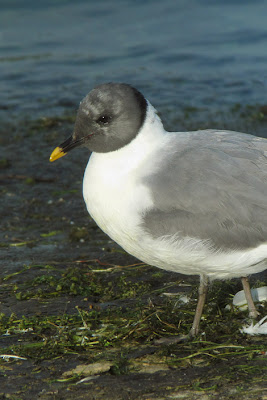 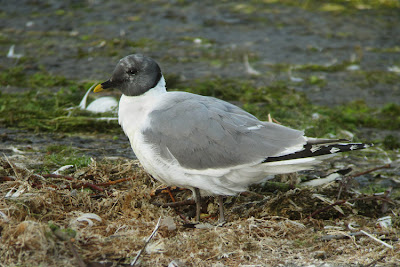 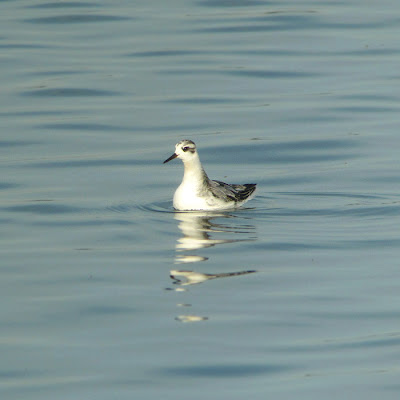 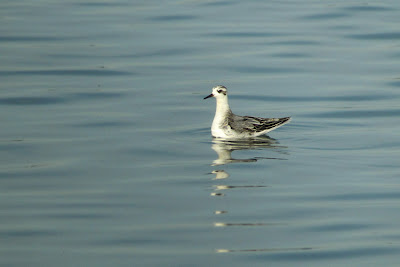 An hour or so on the dam at Grafham Water this morning produced the lingering adult Sabine's Gull as well as a couple of splendid first-winter Grey Phalaropes. Easily my best views since the Lowestoft bird in 2003, the Sabine's was a pretty gritty-looking bird - knackered flight feathers and moulting its hood, it looked much better once it got up and flew around. There were also alot of Rainbow Trout being caught off the dam this morning, as well as a couple of dying/dead Bream in the shallows. The shot with the fisherman illustrates just how much the Sabine's seemed to care about people...
Posted by Josh Jones at 21:01