A long weekend out in west Ireland with Oliver Metcalf turned out to be generally productive. Saturday 5th was spent in Sligo and Mayo, with the Small Canada Goose noted at Raghly whilst nearby in Sligo Harbour a juvenile Kumlien's Gull and adult Ringer were noted. The Small Canada is being touted as a Taverner's; I must admit I know nothing about the bewildering array of forms that occur in the Canada/Cackling Goose complex, but this bird looked better for a Small Canada than the other 'Taverner's' I saw in Dumfries a few years back. Whilst possessing a longer, snakier neck than the surrounding Barnacles, it was of a similar size to them and looked somewhat diminuitive. As can be seen in one of the photos below, it has a significant chin strap. 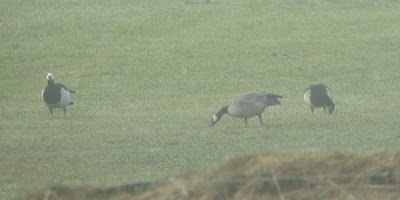 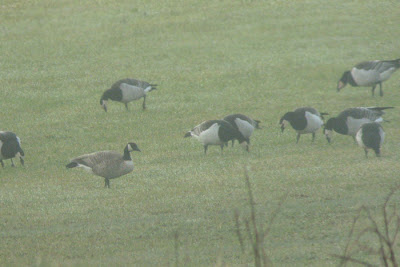 We moved round to The Mullet, where the 1st-winter American Coot took some locating as it stayed predominately amongst the reeds at the north end of Termoncarragh Lake. c.400 Barnacle Geese were also there, whilst the returning drake Ring-necked Duck was easily located at Carrowmore Lake. We then did a selection of the usual spots on Achill Island but couldn't locate anything save a female Black Duck x Mallard hybrid. Doogan Lough also held very little, so we headed down to Galway for the night.

We overnighted it in the car at Angilham, at the south end of Lough Corrib. First light therefore saw us scanning the (flat calm) lough. Calm conditions are always vastly helpful at this expansive (and at times frustrating) site. Within a few minutes a bird caught my attention amongst the main Pochard flock; larger, longer-necked, paler flanks and upperparts and an apparent all-black bill. I calmly said to Ollie that I might have a Canvasback, and proceded to get him on to the bird. At the distance it was at (c.500m) and in poor light, the bird looked really rather good. However, being all too familiar with the very Canvasback-like hybrid that has been touring sites in Britain over the past couple of winters, I was somewhat hesitant so put out news of a 'possible Canvasback or hybrid'. The bird then swam frustratingly distant (up to c.1km), although the combination of features previously mentioned made it identifiable at such range. The bird was also noted displaying, and whilst calling puffed out a rather sizeable gular bulge.

Dermot Breen then joined us a little after 09:00, by which time the bird had fortuitously flown in to the nearest Pochard flock. Unfortunately, the rest is history. As soon as it landed it became apparent that the bird wasn't a pure Canvasback and, somewhat amazingly, appeared to be the very same individual that had previously been noted in North Yorks and Suffolk - I had seen it in the former county in November 2009...! So, a bit gutting but entertaining all the same. The drake Ring-necked Duck x Tufted Duck I saw at this site last March was also present again. A few images of the duck below; the fourth down is a more typical, distant view of the bird giving a very Canvasback-like impression. 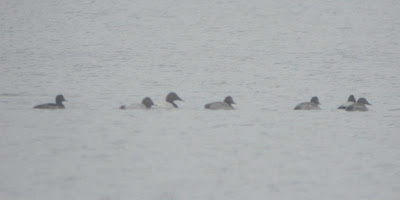 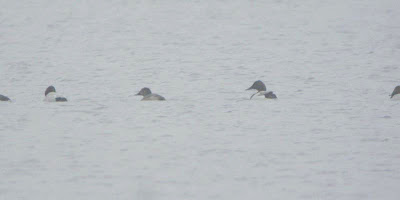 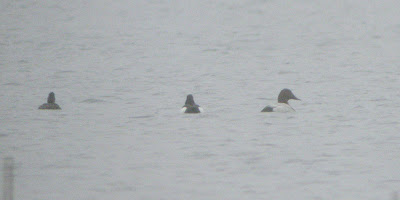 Up to Rossaveel, where juvenile and 3rd-winter Glaucous Gulls were seen but no sign of the possible Thayer's-type creature. Nimmo's revealed the usual adult Minger(s) and a Sandwich Tern but no Forster's. We did Loughrea, where we failed to repeat my 'success' of a Ring-necked Duck last year. Rahasane Turlough held lots of ducks including plenty of Pintail, but no rares. Round at Doorus Pier, a bit of luck was on our side as the Forster's Tern, with its wonderful silvery wings and distinctive head pattern, gracefully bounced in to view with a Sandwich Tern, before flying off up the coast. Finally tracked this beast down! We searched several sites along the north Clare coast but had little more than Long-tailed Ducks, Black-throated Divers and Common Scoters. 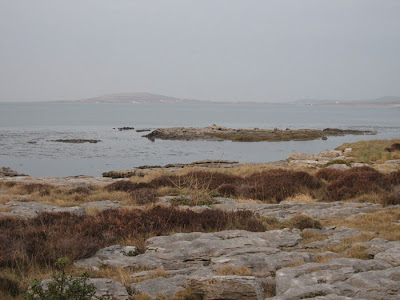 The next morning dawned and, following a considerable overnight drive, we looked out over Ballinskelligs Bay, Kerry. Despite searching the throng of Common Scoter offshore, we had little more than 5 Long-tailed Ducks but certainly no Surfers. An adult Iceland Gull was at Reenard Point amongst very few gulls indeed. Most interesting bird of the day was the Velvet-type Scoter off Rossbeigh. Whilst I don't see many drake Velvets well, I couldn't help but feel this bird looked odd. It had a whacking great upturned white tear behind the eye, and the base of the bill felt very bulbous. The colouration of the bill was more reddish-orange than yellow-orange, but with no literature to hand, we couldn't really go much further. Here's a poor video of it:


The adult Spoonbill was at Cromane. Our best find of the day was on the Dingle peninsula; an adult Yellow-legged Gull was amongst a newly-arrived flock of migrant Lesser Black-backed Gulls at Ferriter's Cove. It was certainly a day to enjoy the weather; beautiful blue skies and mild sunshine with not a breath of wind. 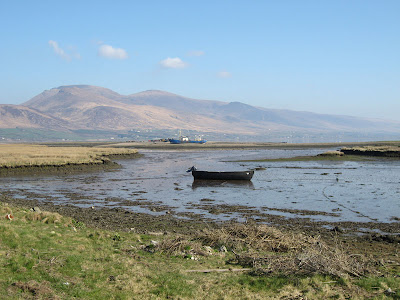 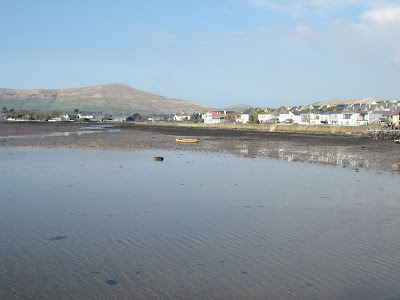