I went for my first bike ride along the Thames for a couple of weeks this morning in the hope of finding a Caspian Gull. I had a Lithuanian Black-headed Gull at one of my usual spots in Chiswick (I'll blog about this bird at a later date) but only about 30 large gulls, so decided to continue east past Hammersmith Bridge and down towards Fulham.

This turned out to be a good move as I stumbled across a juvenile Iceland Gull among about 80 large gulls on the river adjacent to the Wetland Centre. This was actually the first time I'd biked down here this winter and it was nice to find a new spot for loafing gulls at low tide - Chiswick has generally been poor for numbers of large gulls in the past month. 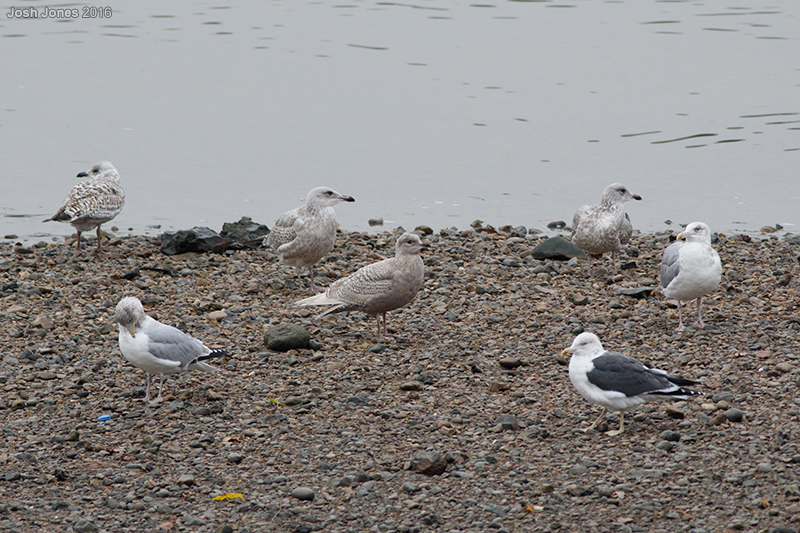 Eventually the bird showed pretty well, although steadfastly refused to show any interest in the four loaves of bread I threw at it. As such the scope for flight shots was minimal (I only grabbed a few as it flew past me towards Hammersmith) and I had to make do with perched shots at an awful angle and against a typically grubby Thames background. 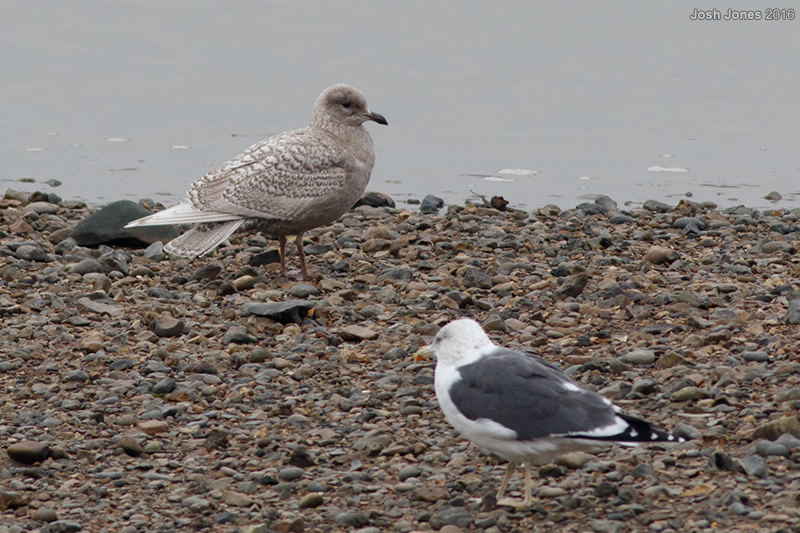 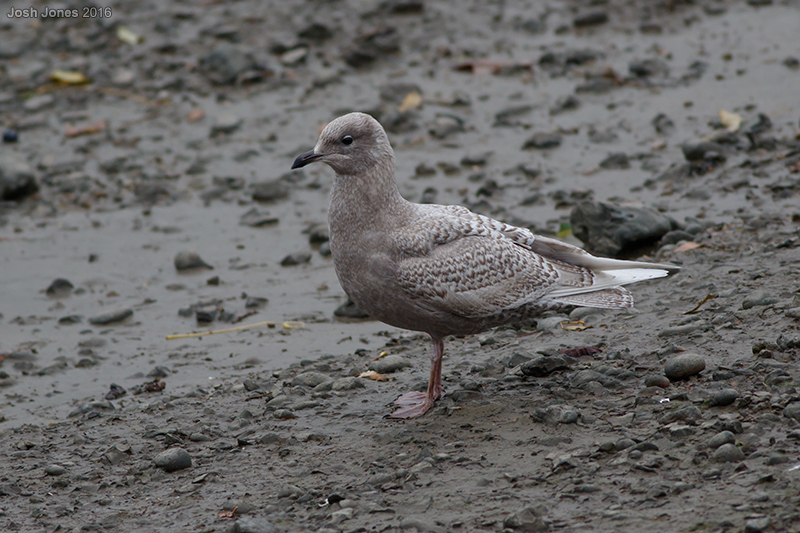 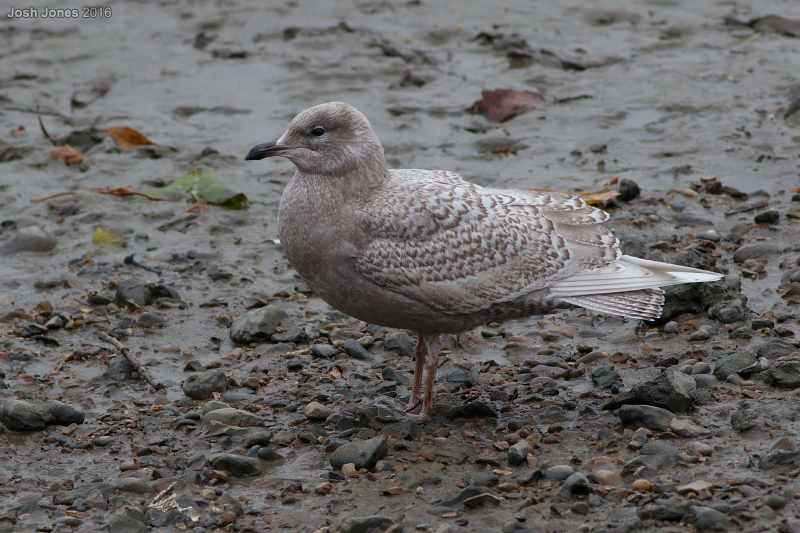 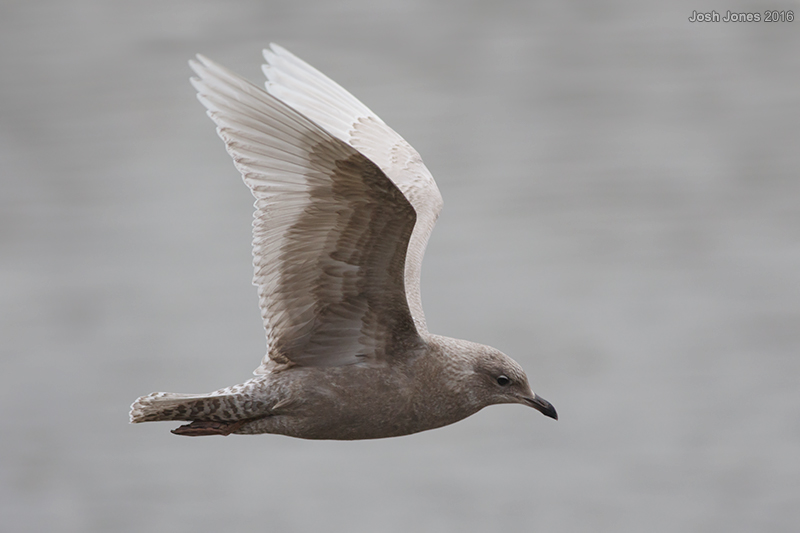 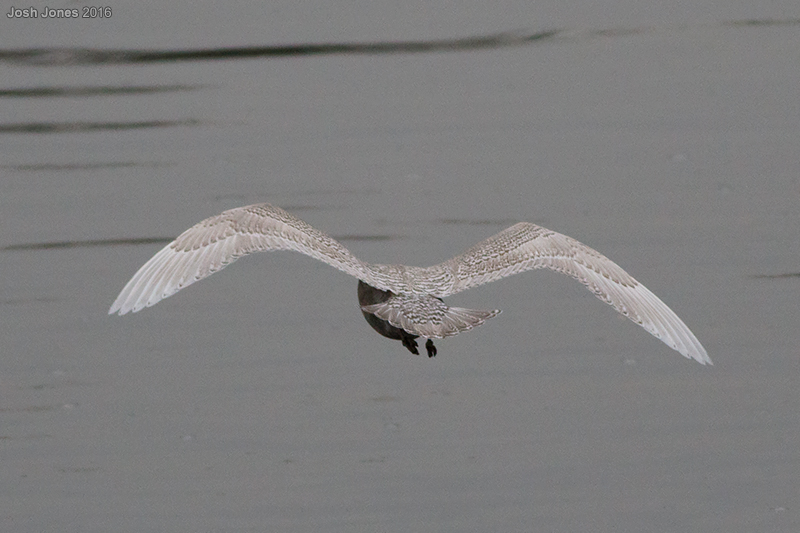 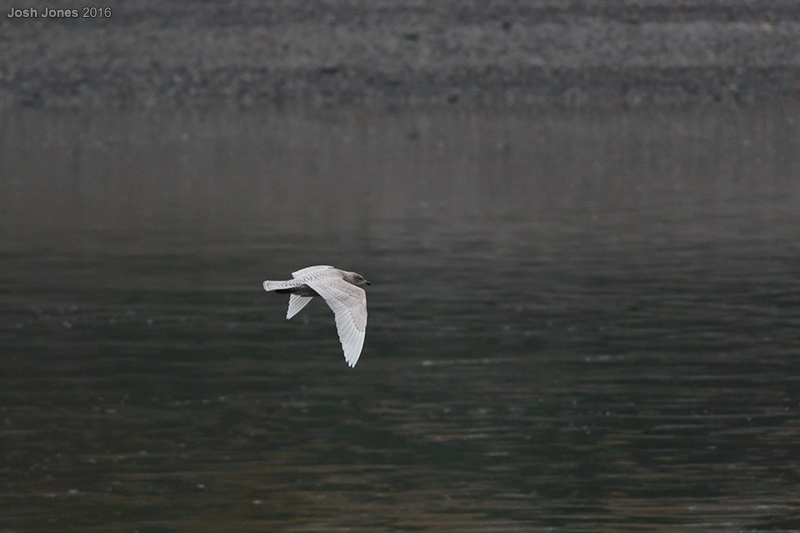 After about half an hour the bird decided to fly off west upriver, over Hammersmith Bridge (thus in to my regular 'patch'!) before turning north and disappearing off over the West London skyline. It turns out that this is the same bird seen by Pete Alfrey at Beddington on 24 November and then by Dave Harris in the Island Barn Reservoir roost on 28th - not that that's surprising, given that there are so few Iceland Gulls in the country at present. 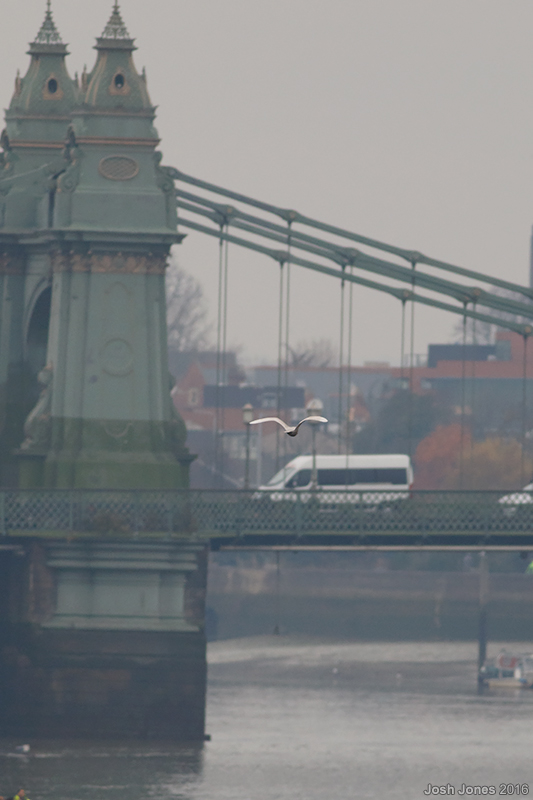 A white-winged gull with Hammersmith Bridge in the background - the stuff of dreams
Posted by Josh Jones at 23:35