Title says it all really..!

The week just gone was the most important of my second semester at Uni, with two exams (one going well, the other not) sandwiched amongst a shed load of 'revision'. I say 'revision', as much of it was spent pacing around my room, drinking, or twitching.

Things kicked off on a very hot Sunday 23rd, when a Broad-billed Sandpiper was located some 13 miles away from home in Sheffield. A pretty chilled post-work drive up to Old Moor RSPB produced rubbish views of a very pleasant bird - views were even worse than my last, a distant beast in Cambridgeshire some four years ago. The bird was a proper yellow-belly, looking absolutely terrified and freezing every time anything got anywhere near it, particularly if flying over. It loosely associated with a single Dunlin.

So, what's strange about that? Well, nothing. Apart from when I thought I started hearing things (more specifically, odd locustellas). No less than four or five times did I hear a locustella give short bursts (c.2-3 seconds at most) whilst sat in Wath Ings Hide. It sounded very interesting indeed, and I was pretty convinced about what it was. However, the bird didn't sing again and no-one else heard it, so I decided I was going mad. Now, imagine my absolute horror when a message comes out on Thursday, "Savi's Warbler singing from Wath Ings Hide, Old Moor for second day".

More like fifth day... at least! Absolutely gutted I didn't make more of it now but, as one friend pointed out to me, it would be a brave shout to claim a Savi's in South Yorkshire on a few brief bits of song. Never mind eh?! Didn't get back for it either so never saw (or heard) it again, sadly. Looks like it did show well once or twice from the pics.

Only other bit of news was a little better; eventually saw an Icterine Warbler on 25th. Those who know me will know I've had an ongoing battle with the species which has lasted some years (and seen me spend ALOT of money on dipping countless individuals). News of a bird trapped and ringed at Spurn early in the day didn't have me chomping at the bit, but further reports of it still showing on and off eventually got me off my arse and down to the coast for late afternoon. The warbler was singing occasionally (what a song!) in an isolated elder and hawthorn thicket, but was typically invisible. Just prior to me acknowledging yet another dip and heading home, I caught the briefest couple of glimpses of it flicking about low in the elders in between bursts of song. Shit views, but it'll do for now - next target is to find one.

Off to Ireland in the next few days; reports back soon.
Posted by Josh Jones at 23:16 No comments:

Well, at least the spring has picked up slightly. Weather's still pretty awful, though seems to be warming up at last. Hurrah! Last 10 days has seen me cruising about all over the place; down to Cornwall for a grotty House Finch last Saturday, followed by Oriental Pratincole half an hour from home in Lincs on the Sunday. Last week I had the Iberian Chiffchaff at Potteric Carr, and then the singing male Great Reed Warbler near Ilkeston. Yesterday I had shit views of the spotty Spotted Sandpiper at Stocks Reservoir, Lancashire. Lovely stuff. Not sure why I've got my twitching boots back on; presumably something to do with getting out of revision. 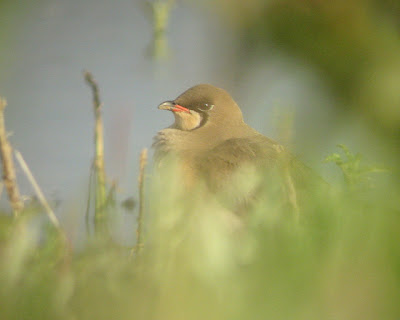 Oriental Pratincole - my first for 17 years 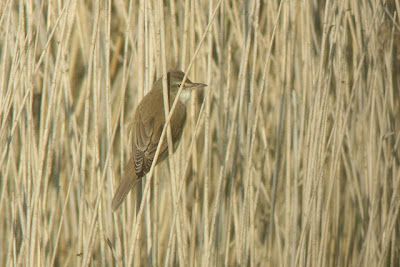 Great Reed, obscured as ever - see here for some absolutely outstanding images of it. 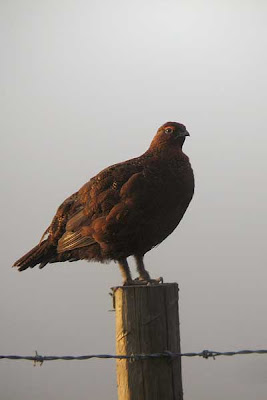 
Now, where are those pesky Icterine Warblers...
Posted by Josh Jones at 16:29 No comments:

... I saw the first decent bird I've ever seen in the Sheffield area - incredibly brief views of a delightful Red-rumped Swallow at Rother Valley CP.

And that's about it... hopefully more to update on by the weekend.
Posted by Josh Jones at 22:35 2 comments: